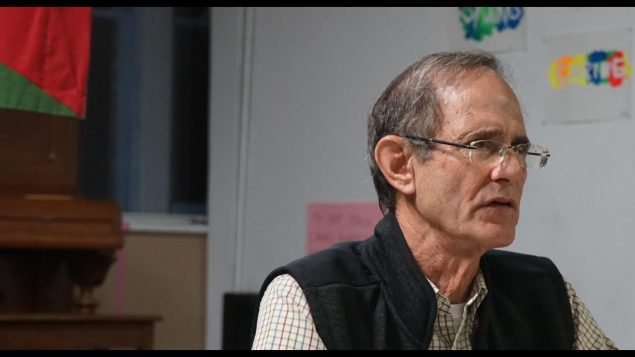 The New Cold War website is privileged to publish a selection of videos of Steve Ellner’s tour of Canada and the U.S. to give seminars on the situation in Venezuela.

Steve Ellner has taught economic history and political science at the Universidad de Oriente in Puerto La Cruz, Venezuela since 1977. He is the author of numerous books and journal articles on Venezuelan history and politics, specifically in the area of political parties and organized labour. In addition, Ellner was a frequent contributor to the magazine Commonweal, beginning in the 1980s and more recently In These Times and NACLA Report on the Americas. He has also written op-ed articles in the New York Times and the Los Angeles Times. He frequently lectures on Venezuelan and Latin American political developments in the U.S. and elsewhere. Nearly all his academic works have been translated and published in Spanish. (source and further reading: Wikipedia)

Steve Ellner: What is really happening in Venezuela

Winnipeg, October 19, 2018 – The Winnipeg Venezuela Peace Committee held a public forum on Friday, Oct. 19, 2018 entitled “What is really happening in Venezuela?” The forum featured Steve Ellner, professor of economics at the University of Oriente in Puerto La Cruz, Venezuela and Carlos Ron, Venezuela’s Vice Minister for Foreign Affairs, responsible for North America, who participated via Skype. Regrettably, the Skype connection was so poor that it was largely incoherent and hence not included in this video.

The Venezuelan economy is being crippled by the sanctions the Western powers (US, Canada, European Union) have imposed on it. Sanctions impose heavy burdens on ordinary Venezuelans who are just trying to live their lives. Unilateral sanctions are illegal under international law.

Steve Ellner will discuss the impact of these sanctions and the impact of other factors (such as the drop in the price of oil, the reliance on oil exports, economic sabotage by the right-wing, mismanagement) on the Venezuelan people’s lives.

Venezuela Under Siege: Challenges from Within and Without

Steve Ellner at the James Connolly Forum: October 5, 2018
The forum was chaired by Art Fleischner

Say NO to US Intervention in Venezuela

The Trump Administration has Venezuela in its sights; it has imposed economic sanctions against Venezuela, included Venezuela in the Muslim Ban, and is openly planning a coup of Venezuela’s elected leadership. Trumps wants to punish Venezuela for choosing a different path from US imperialism. Meanwhile the US media talks about US intervention as if it would be “humanitarian” for the people of Venezuela.

Steve Ellner has taught economic history and political science at the Universidad de Oriente in Puerto La Cruz, Venezuela since 1977. He is on a national speaking tour to help the anti-war and the Latin America solidarity movement learn about the realities on the ground in Venezuela.

Steve Ellner, Ph.D., Professor of History, once again joins host Lee Artz, Ph.D. to discuss the changing dynamic and landscape of Venezuela as a political power. Venezuela’s relationship with the United States and the rest of the world is examined in detail.