Statement on the recent Elections in Donetsk and Luhansk 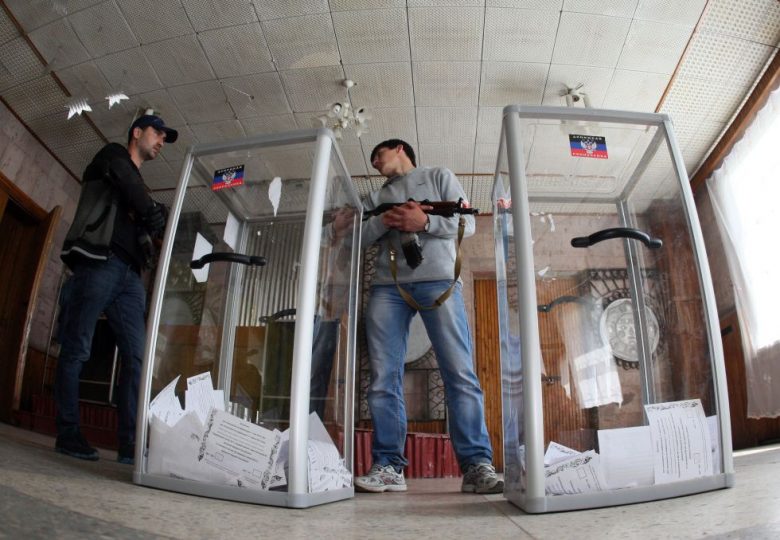 This article explores recent elections in the peoples republic of Donetsk and Luhansk from a Greek perspective, and calls for an immediate ceasefire and violation of international law by the Kiev government in Ukraine.

Having recently returned (13.11.2018) from peoples republic of Donetsk and Luhansk and after having been invited by their respective central electoral committee we have come to the following estimations and conclusions which are now being put forward to the Greek Media and the Greek public opinion.

– We noticed no technical irregularities in the electoral process after having inspected a number of Polling stations , apart from the fact of long lines and waiting periods in some cases due to the large turnout of voters.

– Elections for new representatives in the respective legislative bodies and new political leaders in general were free and transparent meaning that political forces and figures of a wide political  spectrum faced no problems in reaching out to the populations with their programs , their positions, their leaflets and banners which could openly be seen in cities and towns across both republics.

– We congratulate the people of both republics of their attendance and general attitude towards these last elections as well as both central electoral committees for organizing democratic, free elections with no exclusions to peoples of both republics and minorities based on religion or ethnic ancestry as we talked to a number of people in a number of polling stations and we received no complaints on the above  mentioned issues.

The Greek Debacle and the political credibility of the European Left

We conclude that recent elections have created an atmosphere of mature and peaceful statehood for both republics and call on international organizations and European nations under international law that they follow the Minsk agreements in spirit and to the letter in the case of the people’s republic of Luhansk and Donetsk.

Most importantly, we call on an immediate ceasefire and violation on international law by the Kiev government in their continuing shelling and warlike activities in the region causing an unacceptable loss of human lives,  Innocent civilians mostly and destruction of property and infrastructure.

Finally, we call on the international community to intensify every road that leads to constructive dialogue that leads to peace and prosperity for all nations and people in the region.