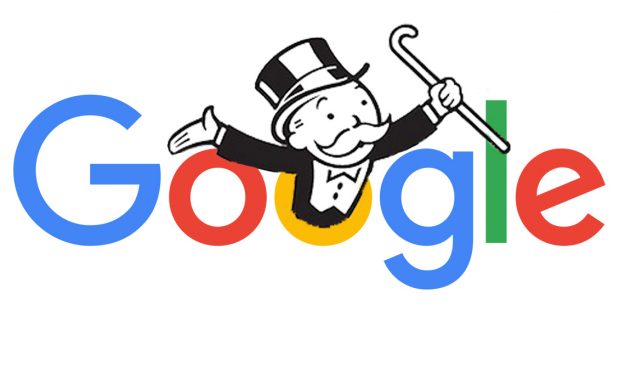 This New Cold War dossier provides background material for readers seeking to understand internet and social media censorship. Each section deals with one aspect and contains links to relevant articles on the New Cold War website, together with a brief introduction to the article.

New Cold War dossiers will be updated and republished from time to time as new items are added.

A full-length, exclusive article by the editors introduces, and contextualises, the material in this dossier.

To view an article click on its headline; to view the original, click on the link below the introduction.

Introduction: the new face of censorship

This article accompanies and introduces the dossier. It shows that this has reached new and serious levels, details the techniques being employed, analyses their material causes, and suggests appropriate responses

Section 1: Portrait of a witch-hunt

Journalistic representations of Jeremy Corbyn in the British press: from watchdog to attackdog

From the authors’ introduction:

“This study, undertaken by the London School of Economics’s Media and Communications Department, set out to empirically analyse the nature of the media representation of Jeremy Corbyn in 8 British newspapers from 1 September – 1 November 2015. First, it distinguishes between critical reporting and what we call antagonistic reporting. Second, it aims to demonstrate and assess the ways in which the British press systematically delegitimised Jeremy Corbyn as a political leader.

“The results of this study show that Jeremy Corbyn was represented unfairly by the British press through a process of vilification that went well beyond the normal limits of fair debate and disagreement in a democracy.”

The full report can be accessed on the LSE website

Owen Jones reports on the concerted media witch-hunt of Jeremy Corbyn and the UK Labour left,  driven by a seeming urge to turn the clock back on the general election result on 8th June 2017, and dismiss the left as irrational deluded cultists who mostly existed on social media. It may well express a longing amongst irrational deluded commentators who mostly exist in the mass media. Unfortunately, they have more power, and are without scruples when it comes to using it.

Anti-Semitism: orchestrated offensive against Jeremy Corbyn in the UK

For months, a campaign has been aimed at destabilising British Labour Party leader Jeremy Corbyn, accused of anti-Semitism. The right-wing party, Tony Blair’s heir, and pro-Israel circles are targeting both Corbyn’s left-wing line and his support for the Palestinian people.

Section 2: The first casualty of war

The first of two pieces on Douma from Media Lens meticulously dissects responses from leading media figures to the wealth of authoritative material calling into question ‘Douma Chemical Attack’.

The second of two pieces on Douma from Media Lens.

The tools of internet and media censorship are many. They include constant attempts to dismiss legitimate questioning of government claims – such as the ‘Douma chemical attack’ justification given for the 22 April 2018 missile strike on Syria – as the work of small cults of denialists and extremists, or Russian trolls.

But the doubters are not just bloggers and trolls: they include senior UK military figures such as Lord West, former First Sea Lord and Chief of Defence Intelligence, and Major General Jonathan Shaw, former commander of British forces in Iraq, notoriously shut down by a Sky News journalist 30 seconds after he began voicing his doubts.

Syria and chemical weapons: debating the regime-change war in Syria

Canada’s state-run CBC is a constant and virulent voice favouring regime-change war in Syria. So it was something of a surprise to hear evidence which counters the claims of a chemical weapons attack against the town of Douma, Syria in the region east of Damascus on April 7, from its national radio news report on April 22. Roger Annis dissects the conflicting reports and analyses of the alleged attack and the West’s response.

First published on A Socialist in Canada

Section 3: the transformation of the media

The Trinity deal: the most significant UK newspaper merger in decades

Three articles on the ‘Trinity Deal’ shakeup of the UK newspaper publishing industry illustrate an important trend driving the push for internet censorship: mass media outlets are losing their readers.

Does the ownership of a newspaper affect what it says? You judge.

Section 4: the media enslaved to the state

The Guardian is committing journalistic malpractice by not retracting this claim

The charge that news reports which contradict official state narratives are ‘fake’ and should be suppressed is a comon theme of internet censorship. A frequent justification is that ‘bot’ or automatic accounts are involved. The UK Guardian’s Heather Stewart, three days before the missile strike which the newspaper enthusiastically supported, leveled this charge at @Partisangirl – whose account was suspended – and @Ian56789, which reached, the paper said, 60 million and 23 million people respectively. For good measure, the paper claimed the bots were Russian.

Only one problem: both accounts were run by real people. Moreover @Partisangirl is not Russian, but is a well-known Syrian-Australian activist. As of 20th May, the article remains on the Guardian website and no retraction or correction has been issued.

Originally published on The Medium

Section 5: what exactly is the crime, if the prosecutor is doing it?

The Mueller enquiry has focused exclusively on alleged attacks on Hilary Clinton, charging that Russians, or their agents, created false online personas and fake political groups to discredit her and boost Donald Trump’s campaign. However the practice of creating automatic ‘troll’ factories

Facebook says it is deleting accounts at the direction of the U.S. and Israeli governments

Facebook has been quietly deleting entire accounts for at least two years. The reason is not that their news is ‘fake’, but that the US and Israeli governments don’t want Facebook readers to hear what is being said about them.

First published on The Intercept

After protests, YouTube reinstated a video exposing brutality towards Palestinians which it previously deleted. However, it classified the video as ‘pornography’ and restricted access to signed-in users who confirm their age.

When internet outlets are controlled by a power deemed hostile to US interests, anglophone journalists are the first to raise claims of authoritarianism and censorship. Western initiatives to clamp down on access to social media are, in contrast, ignored or supported in the alleged interests of ‘suppressing fake news’. The case of Craig Murray’s facebook page shows that mechanisms for suppression  may be deeply secretive, that state actors are heavily involved, and that censorship is triggered, as like as not, by what states don’t like facebook readers to hear – even when it’s true.

The status of Craig Murray’s facebook site is still unclear. It is accessible – but Murray never claimed it wasn’t. The issue, as Eric Zuesse explains, is whether his readers get to be told what’s on it – and whether he gets told he is being blocked.

Section 7: where it’s all going

The ‘Russiagate’ narrative’s tight connection between national security and social media is preparing the way to criminalise and suppress dissent on the internet. This has led to a succession of initiatives that restrict, or even close down altogether, sources of information deemed threatening to the national interests of the USA whilst strengthening the monopoly of mainstream media outlets – as shown by Google’s tie-up with major purveyors of ‘fake-news’, in the alleged cause of suppressing it.