‘Sonic attack’ on US embassy in Havana could have been crickets, say scientists 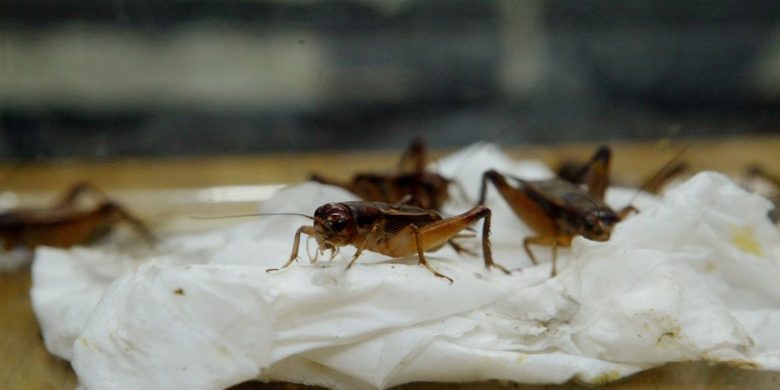 Since August 2017 there has been media speculation about a so-called sonic attack at the US Embassy in Havana, Cuba. Now it is being reported that noise which led to diplomats complaining of headaches and nausea could be the song of the Indies short-tailed cricket.

The US embassy in Havana more than halved its staff in 2017 when diplomats complained of headaches, nausea and other ailments after hearing penetrating noises in their homes and nearby hotels.

The mysterious wave of illness fuelled speculation that the staff had been targeted by an acoustic weapon. It was an explanation that appeared to gain weight when an audio recording of a persistent, high-pitched drone made by US personnel in Cuba was released to the Associated Press.

But a fresh analysis of the audio recording has revealed what scientists in the UK and the US now believe is the true source of the piercing din: it is the song of the Indies short-tailed cricket, known formally as Anurogryllus celerinictus.

“The recording is definitively a cricket that belongs to the same group,” said Fernando Montealegre-Zapata, a professor of sensory biology at the University of Lincoln. “The call of this Caribbean species is about 7 kHz, and is delivered at an unusually high rate, which gives humans the sensation of a continuous sharp trill.”

As a child growing up in South America, Montealegre-Zapata recalls collecting crickets of a similar species and keeping them in cages in his room. One night he woke to a penetrating sharp sound. The culprit was one of the males calling out for mates. The offender was banned from the room but Montealegre-Zapata could still hear the cricket singing for females.

“I am not surprised that this call could disturb people who are not familiar with insect sounds,” he said.

The identification of the sound source does not mean that an attack of some sort did not happen, but it casts doubt over the sound being responsible for the diplomats’ health problems. The cause and nature of their illnesses remains unclear.

The spate of unexplained health problems among the US diplomats led doctors at the University of Pennsylvania to run tests on almost two dozen embassy staff. In March last year, the team concluded the diplomats had suffered concussion-like injuries, but other medical professionals have challenged the conclusions, claiming the doctors misinterpreted the test results.

Not all of the affected diplomats reported unusual sounds when they fell ill, and descriptions of any noises differed from person to person. Some recalled grinding or cicada-like sounds, while others experienced buffeting like that caused by an open car window.

In the new study, Montealegre-Zapata and Alexander Stubbs at the University of California searched a scientific database for insect sounds that matched the Cuban recording. The call of the Indies short-tailed cricket turned out to be remarkably similar, they found, with acoustic pulses repeated at the same rate, and specific frequencies being louder than others.

But the cricket’s mating call and the Cuban recording did not match up perfectly. The sound recorded in Havana had an uneven pulse structure which is not seen in calling insects.

Stubbs and Montealegre-Zapata realised that the discrepancy might be down to the environments in which the recordings were made. Scientists tend to record insect calls outside in the wild, while the diplomats complained of unpleasant sounds indoors. If the Cuban recording had been made in a room, the odd pulse structure might be explained by echoes off the walls, floor and ceiling.

The researchers tested the idea by playing the call of the Indies short-tailed cricket in a room through a single loudspeaker. Recordings from the room show that the sound gained the same uneven pulse structure seen in the Cuban recording. The two sounds matched even more closely.

Gerald Pollack, who studies how animals detect and discriminate sensory signals at McGill University in Montreal, said: “The paper shows how the cricket’s song could, when echoes to be expected in an indoor setting are taken into account, produce sounds strikingly, and quantitatively, similar to that provided by the AP. I find this a completely plausible explanation.”

He added that while he had no personal experience with the Indies short-tailed cricket, he had not heard of their calls ever having caused harm. “So far as I am aware,” he said, “except perhaps for an occasional sleepless night, no-one has suffered ill health as a result of cricket calls.”