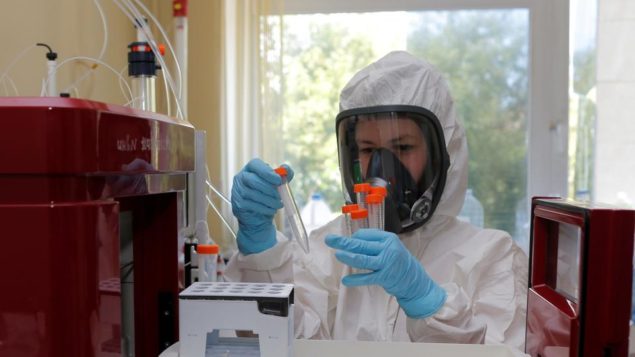 Following President Vladimir Putin’s announcement that Russia’s Covid-19 vaccine candidate has gained an approval from its regulator, most of western media has distorted the news in an effort to spread anti-Russian propaganda, fear and doubt.

After President Vladimir Putin announced that Russia’s Covid-19 vaccine candidate had gained an approval from its regulator, ‘western’ media went into a anti-Russian frenzy to sow fear and doubt about it.

All the above, just as this one, are based on a willful misinterpretation of the Russian announcement:

Russia has become the first country in the world to approve a vaccine for the coronavirus, President Vladimir V. Putin announced on Tuesday, though global health authorities say the vaccine has yet to complete critical, late-stage clinical trials to determine its safety and effectiveness.

Mr. Putin, who told a cabinet meeting on Tuesday morning that the vaccine “works effectively enough,” said that his own daughter had taken it. And in a congratulatory note to the nation, he thanked the scientists who developed the vaccine for “this first, very important step for our country, and generally for the whole world.” …By skipping large-scale clinical trials, the Russian dash for a vaccine has raised widespread concern that it is circumventing vital steps — and potentially endangering people — in order to score global propaganda points.

Russia has not approved a vaccine against Covid-19 and it is not skipping large-scale clinical trials.

The Russia regulator gave a preliminary approval for a vaccine candidate to start the large-scale clinical trial. This is similar to an emergency use authorization by the U.S. Food and Drug Administration.

Science Magazine is one of the few media who got it right:

In a startling and confusing move, Russia claimed today it had approved the world’s first COVID-19 vaccine, as the nation’s Ministry of Health issued what’s called a registration certificate for a vaccine candidate that has been tested in just 76 people. The certificate allows the vaccine, developed by the Gamaleya Research Institute of Epidemiology and Microbiology in Moscow, to be given to “a small number of citizens from vulnerable groups,” including medical staff and the elderly, a Ministry of Health spokesperson tells ScienceInsider. But the certificate stipulates that the vaccine cannot be used widely until 1 January 2021, presumably after larger clinical trials have been completed.…A website for Sputnik V says a phase III efficacy trial involving more than 2000 people will begin on 12 August in Russia, the United Arab Emirates, Saudi Arabia, Brazil, and Mexico. Mass production of the vaccine is slated to begin in September.

The Russian vaccine candidate is based on two variants of the human adenovirus which can cause the common cold. These virus have also been used in other reliable vaccines. Their DNA has been modified to include the building plan for the spike protein that allows SARS-CoV-2 to enter human cells. When the modified adenovirus is applied it induces human cells to create the SARS-CoV-2 spike protein. That then sets off the immune system which will develop specific anti-bodies (IdG) and memory cells (T-cells) against the spike protein. Should the immunized person later get infected with SARS-CoV-2 its immune system will be ready to defeat the virus. 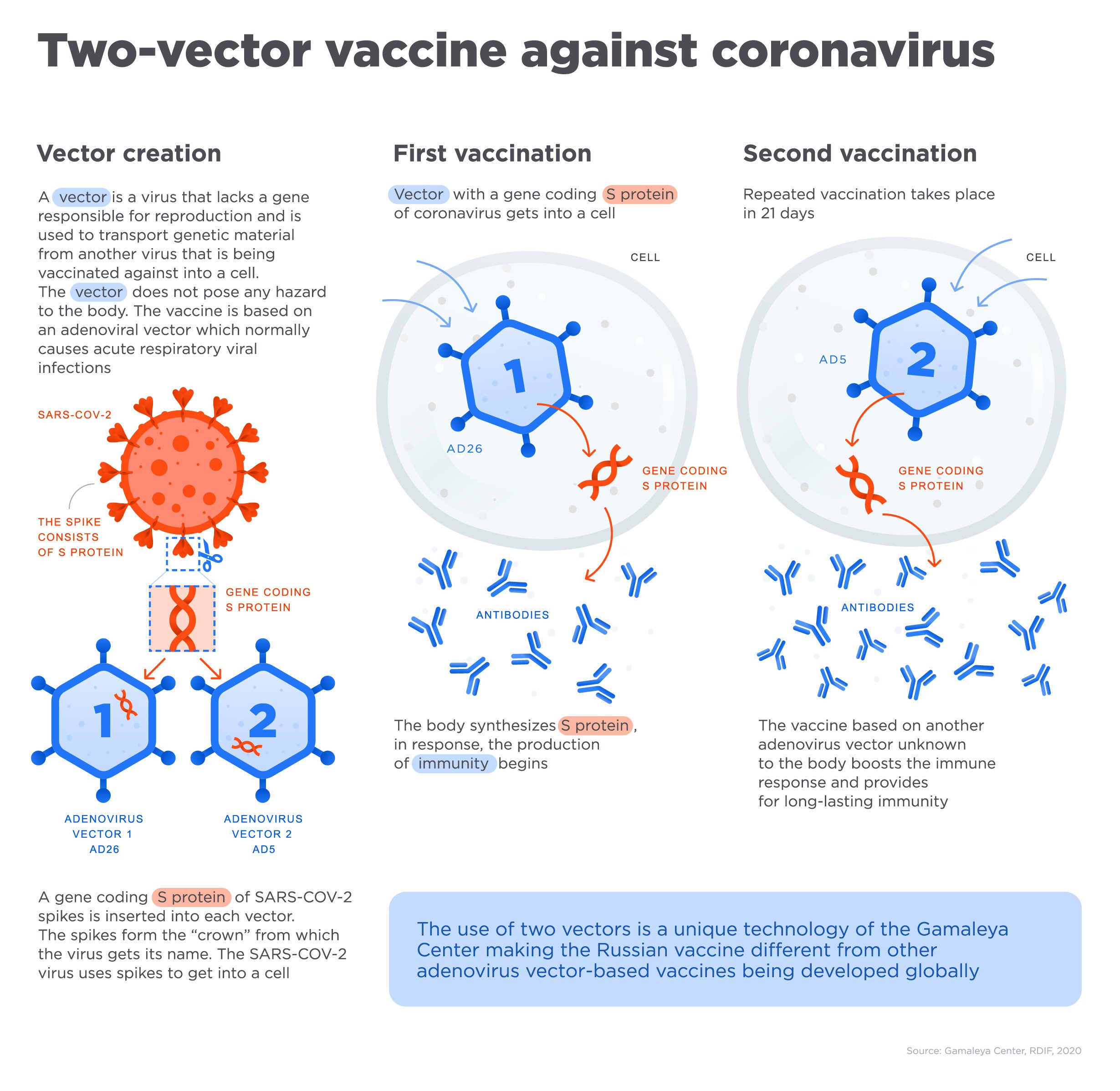 The Russian vaccine candidate is administered in two shots. The primary one is based on a modified adenovirus-26. A secondary shot, three weeks later, is based on a modified adenovirus-5. Two different types of the virus are used because some people are already immune against some of its variants. The second shot is supposed to boost the immune response.

Science Magazine notes that there is some concern about the efficiency of the second shot:

Some vaccine experts have raised concerns about COVID-19 vaccines that use adenovirus 5 in this way. In 2007, researchers stopped an HIV vaccine trial that used adenovirus 5 to shuttle in the gene for the surface protein of that virus after they found that it increased the likelihood of its transmission.

Several of the other vaccines candidates that are currently undergoing testing also rely on a modified adenovirus. The vaccine candidate developed by the British Jenner Institute in Oxford together with AstraZeneca uses one that usually infects chimpanzees.

The Russian vaccine candidate will, like all others, have to go through the now announced third trial phase before it will get any general approval.

There is no excuse for the media to wrongly claim that Russia has approved a ready to go vaccine. The Sputnik Vaccine website explains in seven languages that the third trial phase of the clinical trials is still to come.