Sanctions Are “Not a Faucet, You Power On and Off”, Germany Rejects Anti-Russian Sanctions Over Black Sea Incident

European countries are responding differently to requests by Ukraine to impose sanctions on Russia, following the recent incident in the Kerch Strait. A spokesman for the German Foreign Ministry said of sanctions, they “are not a faucet, you power on and off.” Merkal preferring “a smart approach” rather than sending ships to the area. Likewise, the UK said it “was not a good idea” to send a Royal Navy survey ship, instead offering a Type 45 class destroyer. Meanwhile, Russia suggested that the whole event was deliberate provocation in the run up to Ukraine’s 2019 elections. 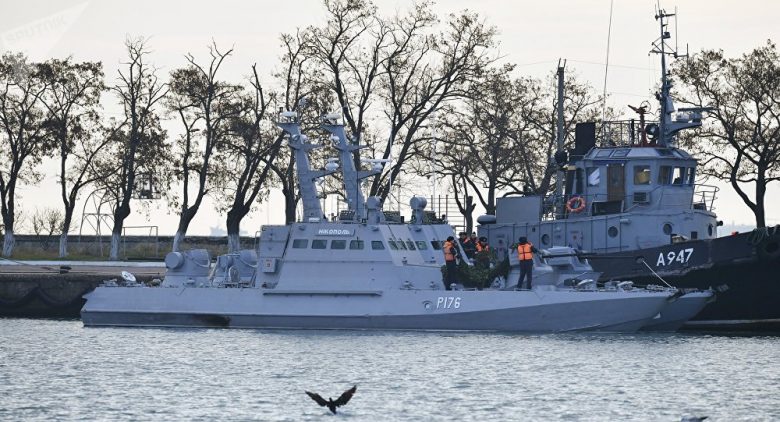 Sanctions are “not a faucet, you power on and off”, a spokesperson for the German Foreign Minsitry commented on Ukraine’s requests to impose sanctions on Russia over the November 25 maritime incident between it and Russia in the Black Sea. Berlin also rejected a Ukrainian request to deploys its warships in the Black Sea to deter the so-called Russian agression against Ukraine.

German Chancellor Angela Merkel also vowed on Ukraine to employ a “smart approach” over the incident.

“I intend to discuss this topic with Russian President [Vladimir Putin] at the G20 summit. We will take care of this, however, we have a request for the Ukrainian side to maintain a smart approach. We know that we may only resolve this in a reasonable way and only within the framework of talks with each other because a military solution is impossible”, the Chancellor said at the opening of the third German-Ukrainian forum in Berlin.

Merkel further noted that Germany and France are ready to continue working in Normandy format on the settlement of the conflict in Ukraine, although the results have not been significant so far.

Nonetheless, the UK has a different position. Speaking with Daily Star Online, Admiral Lord Alan West said that sending a UK Royal Navy survey ship to Ukraine was “not a clever idea”, suggesting sending a Type 45 class destroyer instead.

“If we are sending a ship into an area that there might be fighting, it would be sensible to send a ship that can look after itself and that can fight”, he said. “You have to think very carefully about deploying forces close to Russia. If we send a huge NATO force there it will be seen as an aggressive posture – but we could have a limited number of ships looking after freedom of navigation”.

Russia described Ukrainian President Poroshenko’s call on NATO to deploy ships to the Sea of Azov as part of a provocative policy shortly before the Ukrainian election in 2019.

“The question itself, of course, is aimed at further provoking tensions, at continuing the provocative line, which is based on the pre-electoral political interests of President Poroshenko”, Kremlin spokesperson Dmitry Peskov stated responding to a question about the Kremlin’s position on this situation.