Russia’s proposal to restructure debt owed to it by Ukraine

Russia made a surprise proposal on November 16 to restructure Ukraine’s $3 billion debt coming due next month, offering a potential solution to a standoff that has threatened to complicate an international bailout of Ukraine. 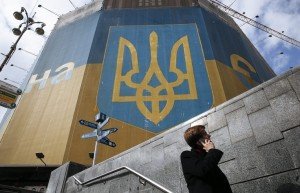 Speaking on the sidelines of the G20 summit in Antalya, Turkey, Russian President Vladimir Putin said Moscow proposed that Kiev repay $1 billion of its debt each year from 2016 to 2018, and be freed from all payments this year.

Russia had previously demanded a timely repayment of the loan, which it extended to Ukraine’s previous, pro-Moscow president in Kiev in 2013.

Ukraine, which is fighting a recession and Russian-backed separatists in its eastern region, said the debt should be restructured in line with a deal with private creditors.

Ukraine’s Finance Ministry said it had “not received any direct information and has no comment at this time.”

Russia’s proposal was welcomed by the IMF, which is supporting Ukraine with a $17.5 billion lending program.

Ukraine’s Western allies were preparing to change the IMF’s policy so that it could continue lending even if Ukraine defaulted on some loans to Russia, preventing Moscow from stymieing the bailout.

Mr. Putin said that Russia had offered Ukraine “better conditions then demanded by the IMF.” However, unlike the deal with private creditors, the Russian proposal would not include a haircut on the principal debt.

On November 18, Ukraine’s Finance Minister Natalie Jaresko also said that her ministry had not received any official proposal from Russia regarding the debt restructuring.

Speaking at the G20 summit in Turkey earlier this month, President Vladimir Putin said that Russia had proposed to Ukraine to pay its debt in installments in 2016-2018 at $1 bln per year.

He added that Russia not just agreed to restructure the Ukrainian debt, but offered better conditions than the International Monetary Fund.

Putin stressed that the final decision on the proposal should be taken in the near future. Later, Finance Minister Anton Siluanov said that Russia was ready to restructure Ukraine’s debt against a guarantee of a major bank in particular.

“From our point of view, the proposal to restructure the debt for 3 years should be accompanied by guarantees that this proposal will be implemented by the Ukrainian side on the part of the United States or the European Union or a major bank agreed with the Russian Federation,” the minister said.

Siluanov said Russia’s proposal to restructure the debt of Ukraine would help the IMF avoid creation of a precedent when the order of providing financial aid by the institution must be changed.

In December 2013, the presidents of Russia and Ukraine, Vladimir Putin and Viktor Yanukovych agreed that Moscow would grant Kiev a credit worth $15 billion through the placement of Ukrainian securities. Under this program, bonds for $3 billion were placed on the Irish Stock Exchange on December 20, 2013. Russia purchased the bonds using the funds from its National Welfare Fund.

The last time Ukraine made bond interest payments was in June 2015. Ukraine was expected to fully pay its debt by December 2015.