The Federal Migration Service has increased the amount of time Ukrainians of conscription age can legally spend in Russia, a day after President Vladimir Putin had called for a loosening of restrictions on Ukrainians eager to avoid the draft. 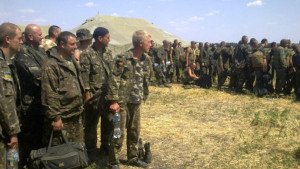 “The Federal Migration Service of Russia, for humanitarian reasons, made the decision to prolong the length of stay for Ukrainian citizens on Russian territory,” the press service of the FMS said in a statement Wednesday. Whereas previously these individuals were required to leave after 90 days in Russia, they can now stay until at least Aug. 1.

On Monday, Putin gave a talk at the St. Petersburg Mining University, where he addressed the issue of Ukrainian conscription.

“Many [Ukrainian] people are trying to get out of being called up for duty. Some are trying to come here to Russia and wait things out a while, and they are right to do this because there, they are simply being sent as cannon fodder to face the bullets,” Putin said.

He then suggested that migration regulations may soon undergo some changes. “We could increase the amount of time certain categories of people, above all people of conscript age, can stay in Russia,” he said.

In order to extend their stay, Ukrainian citizens will need to visit their local migration authorities before the allotted 90 days have run their course, and request an extension, the FMS statement said.

“This procedure applies to all citizens of Ukraine and is not connected with the receipt of any kind of status, such as asylum, temporary asylum or temporary residency. The periods of temporary residence will be extended until Aug. 1, 2015,” the press service said.

Currently, more than 2 million citizens of Ukraine are residing in Russia, and more than 1 million of them are men of conscription age, the agency said.