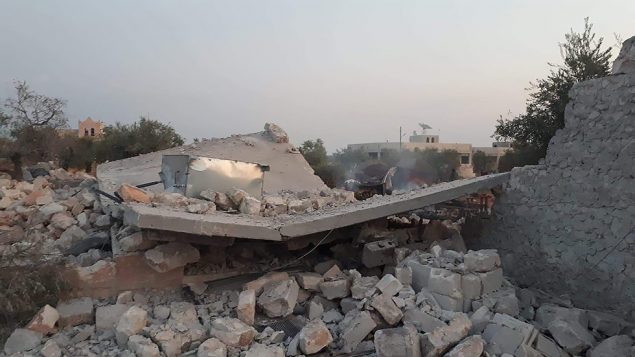 According to Russia’s Defence Ministry, claims made by US president Donald Trump regarding the death of Islamic State leader Abu Bakr al-Baghdadi are not credible.

Earlier, Trump made a rare Sunday address from the White House informing the world that al-Baghdadi was eliminated in northwest Syria in a “daring nighttime raid” with the involvement of US special forces, planes, helicopters and drones. The Islamic State (IS, formerly ISIS) leader met his end “crying and screaming” in the face of the Americans’ might, he said.

But the Russian Defense Ministry insisted that “there were legitimate questions and doubts about the very fact [of the US operation] and, especially, its success.”

Moscow pointed out that it recorded no US coalition airstrikes in the Idlib area in northwest Syria on Saturday when the raid was held.

It also rejected Trump’s claims that Russian forces opened up the airspace under its control in Syria to American planes to facilitate the operation against the IS leader.

The ministry questioned the very possibility of al-Baghdadi’s presence in Idlib as the area is held by Al-Qaeda offshoot, Jabhat al-Nusra, who have always been mortal enemies of Islamic State.

Moscow noted that Islamic State was crushed in Syria in early 2018 in a joint effort by the government in Damascus and the Russian forces, meaning that yet another report of al-Baghdadi’s demise “bears no effect on the operational situation in Syria or on the actions of the remaining terrorists in Idlib.”

French Defense Minister Florence Parly also questioned the significance of the claimed US achievement, pointing out that the raid only marked “an early retirement for a terrorist [al-Baghdadi], but not for his organization.”