Russian investigators have completed their investigation into five men accused of killing of opposition politician Boris Nemtsov outside the Kremlin last year, paving the way for their trial. 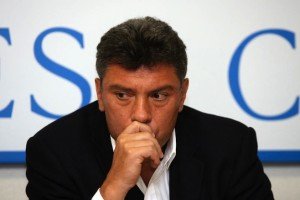 The Investigative Committee in an online statement on Friday said five Chechen men had been charged over the murder, which shocked the world and sent a chill down the spine of Russia’s liberal opposition.

The men — Zaur Dadayev, Anzor Gubashev, Shadid Gubashev, Temerlan Eskerkhanov and Khamzat Bakhayev — are accused of committing the murder as part of an organized group and illegally purchasing, carrying, transporting and storing firearms. A sixth suspect, Beslan Shavanov, blew himself up while being detained in Chechnya last year, the statement said.

The collected evidence will now be sent to defense lawyers for the men, all of whom deny the charges.

The committee said it was continuing to investigate the man who it says ordered the hit, Ruslan Mukhidinov. Mukhidinov, a 27-year-old former officer of a Chechen police battalion, is on the run and there is an international warrant for his arrest, but Nemtsov’s lawyer Vadim Prokhorov has questioned whether he was really behind the murder, and said the real culprit was likely higher up the Russian power structure.

Nemtsov, a former Prime Minister under Boris Yeltsin in the 1990s, was gunned down in a night time hit-and-run attack while crossing Moscow’s Bolshoi Moskvoretsky Bridge in February last year.