Russian diplomat booted from Canada for outing Trudeau’s foreign minister, has some advice for him — it won’t work 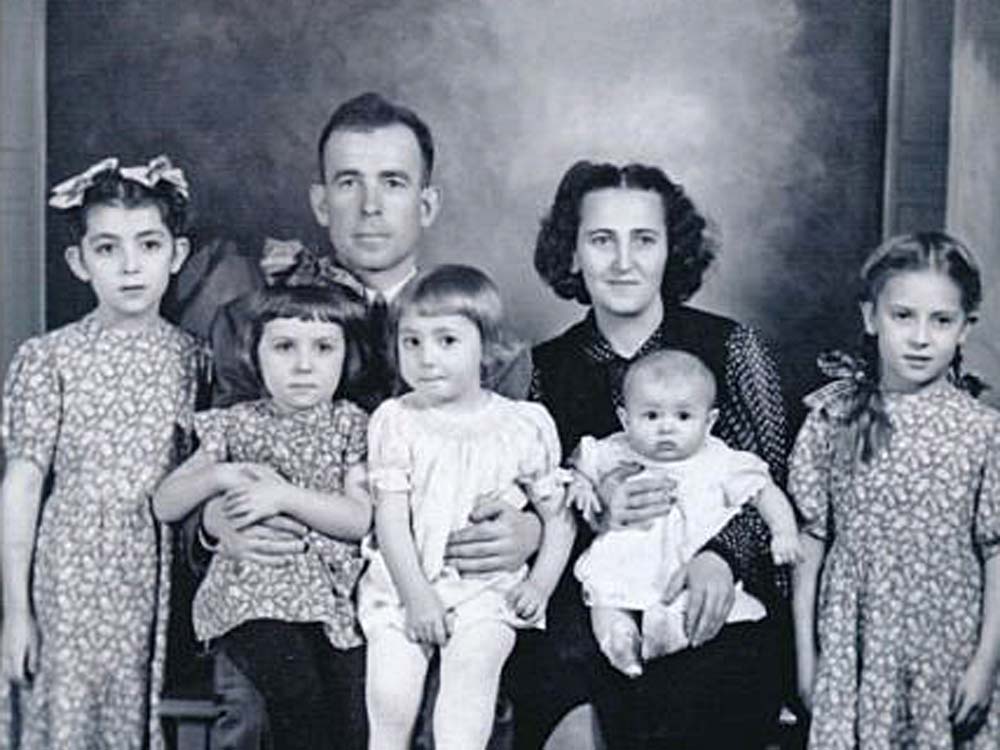 Michael Chomiak with wife Alexandra and their children in Canada in 1952. Freeland’s mother Halyna is second from left.

Kirill Kalinin, press secretary at the embassy in Ottawa, confirmed in an interview that he is one of four Russian diplomats told to leave Canada. He has been accused of being involved in an effort last year that outed Foreign Affairs Minister Chrystia Freeland’s Ukrainian-born grandfather, Michael Chomiak, as a Nazi collaborator.

“We all can remember the efforts by Russian propagandists to discredit our minister of foreign affairs in various ways through social media and by sharing scurrilous stories about her,” Trudeau told journalists, when asked for details about the removal of the Russian diplomats.

But Kalinin, who sent photos and links to the stories about Freeland’s grandfather to Canadian news outlets, said the material was already in the public domain, thanks to the work of Ukrainian Canadians who objected to the man’s Nazi past. 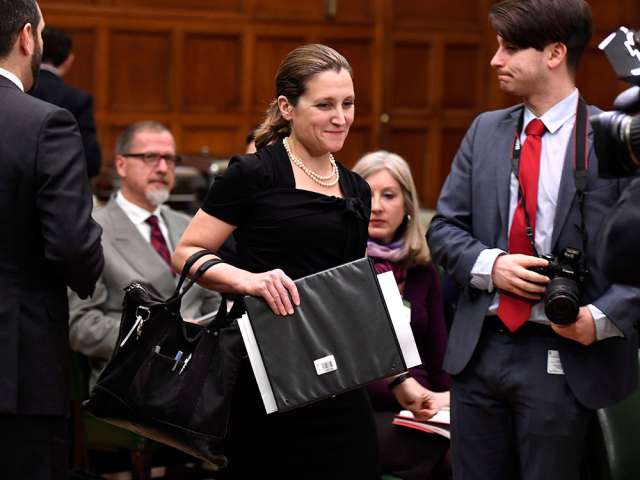 Minister of Foreign Affairs Chrystia Freeland arrives to appear before a House of Commons Standing Committee on Parliament Hill on Feb. 8, 2018. Justin Tang/CP

“Trying to silence an official spokesman of the embassy doesn’t mean you are right,” Kalinin said in an interview. “Expelling someone for voicing an alternative opinion or giving a different analysis of a situation is very un-Canadian.”

Last year, a Polish history magazine and a number of pro-Russian media sites revealed Chomiak’s role as a Nazi collaborator during the Second World War. At first, Freeland suggested she was the victim of a Russian disinformation campaign. Her office later claimed Chomiak, a Ukrainian nationalist who came to Canada in 1948, didn’t collaborate with the Germans. However, it soon became clear that Chomiak had indeed worked with the Nazis, editing an anti-Semitic newspaper in Poland. Photos showed him partying with senior Nazi leaders and files from the newspaper revealed pro-Nazi propaganda and cartoons aimed at denigrating Jews. The newspaper’s office and printing presses had originally been seized from a Jewish family who had been sent to a concentration camp, where they were murdered. As Russian forces advanced into Poland, Chomiak fled to Nazi Germany, where he continued to edit the newspaper.

The Los Angeles Holocaust Museum noted that the newspaper also promoted the Nazi-approved formation of the 14th Waffen SS Division, which was composed of Ukrainian volunteers. In October, Kalinin also raised the ire of Canadian officials by tweeting photos of monuments erected in Canada to Ukrainians who served in that SS unit.

Kalinin said the information about the monuments was already available online.

“I gave our point of view on this issue in terms of World War Two history,” the 32-year-old diplomat explained. “These people pledged allegiance to Hitler. What they were notorious for was killing innocent people.”

But Kalinin’s tweets on the monuments sparked a flurry of concerned emails among Canadian government officials who tried to figure out how to respond publicly, according to documents obtained by Postmedia under the Access to Information law. The officials, who indicated they were “under pressure” from the senior levels of government to come up with something, wrote a response that the Canadian government remained concerned about what it called inappropriate Russian efforts to “spread disinformation.” The response also included highlighting Russia’s attempts to undermine democracy.

But that sentence sparked debate about whether a tweeted photo of monuments to Ukrainian SS members fell into such a category. “Framing them as ‘destabilizing western democracies’ seems a step to far,” one public servant noted in an email. 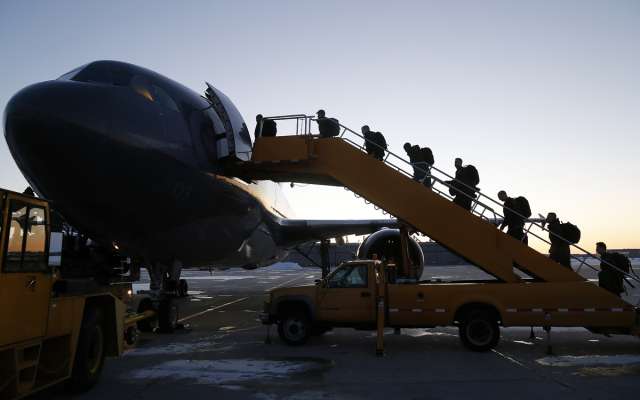 About 125 members of the 3rd Battalion, the Royal Canadian Regiment board a C-150 Airbus at 8 Wing/CFB Trenton, Ont. as they deploy on Operation Reassurance in Eastern Europe on March 2, 2015. JEROME LESSARD / Postmedia Network

Some experts accuse the Russian embassy of intentionally sowing discord as part of a broader strategy to disrupt or discredit the political process in Western democracies.

Canada is training troops in Ukraine and has consistently condemned Russia’s annexation of Crimea. Highlighting the support in Ukraine for the Nazis during the Second World War is part of Russia’s efforts to raise doubts about the Canada-Ukraine alliance, Russia’s critics say. Canada’s expulsion of the diplomats, three of whom worked at a consulate in Montreal, is part of a co-ordinated response from western nations to the Kremlin’s alleged involvement in the recent poisoning of a former Russian spy and his daughter in Britain. More than 100 Russian diplomats in 18 nations have been sent packing, but Russia has countered that no solid evidence has been presented to link it to the poisoning.

The Russian embassy has used its Twitter account for various issues. It commemorated the late Gord Downie as a “true rock legend” and closely followed tennis victories by Maria Sharapova. But it also tweeted President Vladimir Putin’s criticism of Canada’s decision to pass the Magnitsky Act, named after a Moscow lawyer who died in prison after exposing corruption.

Kalinin and his wife, who is eight months pregnant, left Canada Thursday night with their five-year-old daughter. With Kalinin gone, the Russian embassy is expected to name a new official spokesman. The tweets and official statements aren’t expected to change.

“There will be a person representing the voice of the Russian state and the Russian government,” Kalinin said.