Russian boots on Syrian ground create new reality for Canadian leaders, whether they discuss it or not

The following commentary was published one day after the televised debate of the leaders of the three leading parties in Canada’s national election, to take place on October 19. On the day of the article’s publication, the Russian Parliament authorized the Russian government to undertake aerial bombings of ISIS targets in Syria. And the day following that, such bombings began.

As the three principal contenders for the job of running the country were sparring entertainingly over the mostly insignificant differences among their platforms and trading slogans designed to obfuscate rather than illuminate — “the threat we face today is not CSIS, it’s ISIS” — other actors on the geopolitical stage are creating new realities. [CSIS is Canada’s international police and spy agency.] 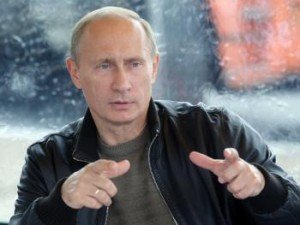 In fact, it would tell us voters a lot about how much of a threat the so-called Islamic State phenomenon is likely to actually present to Canadians if we had some idea of how Conservative Prime Minister Stephen Harper, NDP Leader Thomas Mulcair and Liberal Leader Justin Trudeau propose to respond to the efforts of the nations with troops on the ground in Syria, beyond the RCAF’s occasional and apparently ineffective bombing raids in the neighbourhood, but the topic barely came up amid the posturing.

That’s probably because the only people seemingly prepared to take on ISIS in a meaningful way are the Iranians–who make the leaders of any country as closely allied with Israel as is Canada extremely nervous–and the Russians, about whom all three Canadian prime ministerial candidates apparently share an identical harshly negative view.

Yet it is the Russians who have rolled up their sleeves and sent ground troops and fighter-bombers to the region with the intention of actually taking on ISIS — causing a great deal of nervousness for some reason in the capitals of the West.

I say “for some reason” rhetorically, of course, since, in part, the objective of both the Russians and the Iranians is to prop up the shaky regime of Syrian President Bashar al-Assad which, it’s pretty obvious, the leaders of all the Western coalition members along with Turkey and Israel would very much like to topple.

I may be the only Canadian it strikes this way, but it seems weirdly ironic to me that in order to effectively fight ISIS — which we Canadians and our Western allies are not doing with very much evident success — the Russians had to sneak their ground-attack fighter-bombers past the U.S.-led coalition in the region into Syria.

You’d almost think the Western Powers — their domestic rhetoric about the dangers of ISIS notwithstanding — were more intent on getting rid of the Assad Regime than getting rid of ISIS, given the nervous outrage with which they responded to the successful Russian effort to land a force in Syria, including, we’re told, some of the same “polite green men” who secured Crimea and its strategic naval assets for Russia last year.

Who knew Russian President Vladimir Putin was a student of Karl Rove, or whichever unnamed advisor to President George Bush it was who made the famous remark about creating new realities — “when we act, we create our own reality… and you, all of you, will be left to just study what we do.”

So while the West’s leaders have been talking up a storm, supposedly about ISIS, as Canada’s leaders were last night, Putin has been creating a new reality in Syria.

That, presumably, would be why U.S. President Barack Obama told the United Nations yesterday he is now willing to work with Russia and Iran to destroy ISIS. If Obama is anything, he is a realist, so he might as well salvage the best thing he can from the West’s ambitions in Syria, to eliminate ISIS.

With a small investment, the Russians seem to have gone a long way toward eliminating the Western threat to Syria, at least in the immediate term.

So are our leaders willing to work with Russia and Iran toward this goal? We couldn’t know from anything that was said last night. If they’re not, though, it would certainly suggest they view ISIS, as horrible as it is, as less of a threat than they want us mere citizens to do.

Is that possible? If it were so, it would tend to support the narrative — widely believed in Russia — that ISIS is a Western creation, which if it is not stopped in the Levant will menace Russia next along its predominantly Muslim southern flank.

As for how much of threat CSIS turns out to be to Canadian citizens, that remains to be seen. It is certain to be less bloodthirsty than ISIS, but, enabled by Bill C-51 and encouraged by another Conservative government it could still turn out to present a significant threat to our liberties.

David Climenhaga is a regular correspondent on Rabble.ca. This article also appears in his blog, AlbertaPolitics.ca.