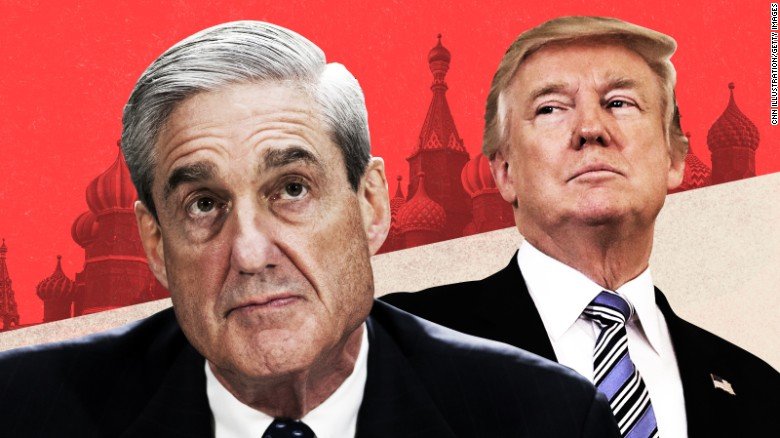 Jackson Lears Feb 4 2018. Original in London Review of Books. “RussiaGate” hysteria in Washington has slipped beyond self-parody. We now have front-row seats in a theatre of the absurd, watching the media furor explode after Robert Mueller’s ‘indictments’ of 13 Russians and three Russian companies for interfering in the 2016 presidential elections.

Mueller’s actions deserve the scare quotes because they are not really indictments at all. The accused parties will never be extradited or brought to trial. Nor is it clear that their actions rise to the level of crimes. The supposed indictments are merely dramatic accusations, a giant publicity stunt.

Even if they were real indictments, they would not be convictions. American journalists seem to have forgotten that distinction. In contemporary American jurisprudence, prosecutors routinely get rubber stamps from grand juries. A grand jury, the adage goes, will indict a ham sandwich. For a g-man on a white horse like Mueller, universally lionised in the mainstream media, a grand jury would probably indict a peanut butter sandwich.

One of the most bizarre aspects of Russiagate is the magical transformation of intelligence agency heads into paragons of truth-telling – a trick performed not by reactionary apologists for domestic spying, as one would expect, but by people who consider themselves liberals. There is something genuinely absurd about a former director of the FBI – which along with the CIA and NSA has long been one of the gravest threats to democracy in America – solemnly warning of the threat to democracy posed by Russian meddling in the election.

And what was the nature of that alleged meddling? The pseudo-indictments are clear: the meddlers had nothing to do with the Russian government and nothing to do with the Trump campaign – except that they sometimes ‘communicated with unwitting individuals’ associated with it. And the Russians’ activities had no impact on the outcome of the election. Mueller’s assignment was to investigate whether the Russian government colluded with the Trump campaign to promote his victory over Hillary Clinton. None of the current charges has anything to do with this. (Nor does Mueller’s recent indictment of Alex van der Zwaan, an attorney and associate of Trump’s crony Paul Manafort.) The pseudo-indictments merely add to the billowing clouds of innuendo that have characterised the Russiagate narrative from the beginning.

According to Mueller’s accusations, the meddlers began their operations long before the campaign began and certainly before anyone thought Trump had a snowball’s chance in hell; they posed as Muslims, black activists, white Southerners, among other social types, all posting slogans and invective on social media. After the election, they staged pro-Trump and anti-Trump rallies. Somehow the media have made this mishmash fit the Russiagate narrative, assuming it reveals a coherent Kremlin plan to elect Trump.

So what is the point of these sham indictments? It is fair to speculate that there is more going on here than a simple search for truth. Early on in the 37-page document that was released to such fanfare, the FBI makes a revealing assertion, claiming that the Russians aimed ‘to sow discord in the US political system’ – as if vigorous debate were not an appropriate state of affairs for a democratic polity; as if the normal expression of democracy is bland conformity to policies fashioned by elites. By explicitly linking the Russians with support for the Sanders and Trump campaigns, Mueller’s pseudo-indictments identify dissent from the Washington consensus with foreign subversion. They reinforce the reigning orthodoxy and tighten the boundaries of permissible public discourse.

The consequences are potentially catastrophic. By focusing on the manufactured menace of Russiagate, the Democratic Party leadership can continue to ignore its own failures as well as the actual menace posed by Trump. And by fostering the fantasy of a vast Russian plot against America, the mainstream media can shut down reasonable foreign policy debate and promote a dangerous, unnecessary confrontation with a rival power. The final act in Washington’s theatre of the absurd has yet to be written, but the denouement looks dark.

Jackson Lears Jan 4 2018. What we don’t talk about when we talk about Russian hacking. London Review of Books