Russiagate is bullshit, and we f****** told you so 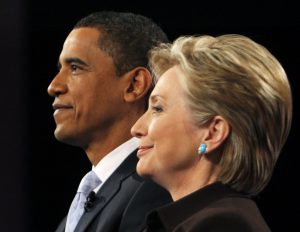 I’ve been saying for months that we will never, ever see any proof that Trump colluded with the Russian government to steal the 2016 election. If any such evidence existed to be found, it would have been picked up by the vast surveillance networks of the U.S. intelligence community and leaked to the Washington Post in November. We may someday find impeachable evidence of corruption in the Trump administration, and we’ve arguably already got evidence for impeachable war crimes, but the Russiagate narrative has never been anything other than a politically, economically and geopolitically convenient lie for America’s unelected power establishment to sell to the gullible masses. A very, very dangerous lie, but a convenient one.

And now we have undeniable video evidence from a new Project Veritas hidden camera revelation that the corporate media outlets who’ve been peddling this lie have been deliberately ignoring other important news stories to focus on Russiagate, not because it’s true, not because it’s based on facts or evidence, but because it sells:

And when I say that it proves this beyond a doubt, I not only mean that the video speaks for itself, but also that CNN has not in any way contested the veracity of the video, instead releasing a statement saying it stands by its producer whose comments were captured in the video on the grounds of valuing “diversity of personal opinion”. The tactics used by Project Veritas’ James O’Keefe are controversial, but there really are no legitimate grounds on which to dismiss this particular video.

The video features CNN Health Senior Producer John Bonifield acknowledging that he’s not aware of any factual basis for the relentless Russia obsession that has stagnated American political discourse since the 2016 election, and stating plainly that the only reason for CNN’s nonstop coverage of this fact-free conspiracy theory is because it brings in ratings. Perhaps most incriminating of all, though, is Bonifield’s story about how CNN’s producers were specifically instructed by CEO Jeff Zucker to focus on Russia instead of covering the actual news of the day:

My boss, I shouldn’t say this, my boss yesterday we were having a discussion about this dental shoot and he goes and he was just like I want you to know what we are up against here,” Bonifield is seen saying. “And he goes, just to give you some context, President Trump pulled out of the climate accords and for a day and a half we covered the climate accords. And the CEO of CNN said in our internal meeting, he said good job everybody covering the climate accords, but we’re done with it let’s get back to Russia.

This comes immediately after a completely unrelated event in which three journalists were forced to resign after botching an investigation into yet another Russiagate conspiracy theory. Their fuckup was made all the more humiliating because it wasn’t spotted by anyone at CNN, nor by anyone in the New York Times or the Washington Post, nor indeed by anyone else in the blinkered western media in the midst of its psychotic Russia hysteria, but by Sputnik News, who pointed out the gaping plot holes in their story. As if that weren’t enough of an embarrassment, Breitbart came along and schooled them some more. CNN issued a retraction and apology before the three staff members resigned.

Glenn Greenwald then authored an excellent piece for The Intercept [weblink below] documenting all the many ways that the rest of the mainstream press has been practicing an incredible amount of journalistic malpractice when reporting on Russia specifically, and yet getting away with it because Russians are the latest Official Bad Guys. The latest CNN revelations provide a clear window into how this has been happening throughout the corporate media, showing plainly how a fact-free conspiracy theory can be kept alive through sheer force of will despite the fact that the entire thing is complete and utter bullshit from top to bottom.

You hear that, establishment Democrats? Russiagate is bullshit, and we fucking told you so. You should have listened to us woke progressives instead of fighting with us. Now everything’s a mess and we could be on the brink of World War 3 because you were asleep at the wheel when real resistance was needed.

While you were off for months compiling bullshit lists of everyday Russian businessmen doing everyday business deals, bullet pointing every boring conversation every diplomat ever had with a Russian, marking your friends and family for signs of Russian propaganda in little notebooks in your mind filled with the paranoid scrawl of the permanently hysterical, more than eight months went by. We are nearly nine months down and absolutely nothing has changed in the Democratic party. The DNC is just as you left it after that appalling “election” with those two horrible candidates who were both forced upon us by the manipulations outlined in the DNC and Podesta emails. That stinking cesspool of corruption and elitism has not changed one whit while you’ve been heavy-breathing all over your diagrams of Manafort’s business connections.

Democrats? You. Went. Insane. While real life problems that really happened and were really proven not only went unfixed but shouted down as “distractions,” you got lost in a red-baiting flashback reboot fantasy that was appalling in the fifties. It’s 2017. You lost yourselves in madness and you need to be told — we told you so. Enough of your bullshit now. Sit down, shut up, learn to listen, welcome back to the real world.

We have a lot of work to do.

Thanks for reading! If you enjoyed this, please consider helping me out by sharing it around, liking me on Facebook, following me on Twitter, or even tossing me some money on Patreon so I can keep this gig up.

CNN stands behind its producer caught in sting video, says he won’t be punished, RT.com, June 28, 2017