Russia-Ukraine Black Sea Military Crisis: On the Brink of War 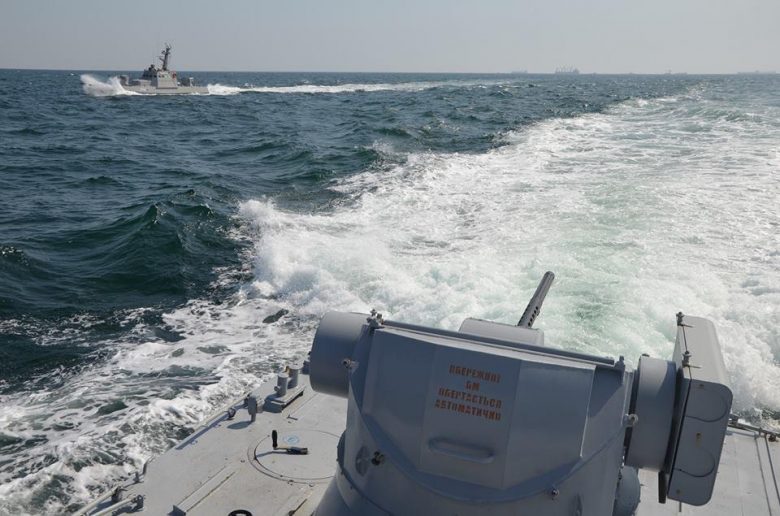 Ships of the Russian Border Service were forced fire and damage two of the Ukrainian warships in order to stop their further advance. After the short close-quarter firefight, two Ukrainian ships were taken towed and one ship was escorted by Russian forces. The Ukrainian side says that 6 service members were injured in the incident. The Russian side says that 3 Ukrainian servicemen were slightly injured. They received medical help and there is no threat to their lives.

The data available from both the sides, Ukrainian and Russian, demonstrates that the Ukrainian warships intentionally entered Russian territorial waters and were moving deeper toward them. Such a military action with an expected loud political coverage is not possible without a direct order from the Ukrainian top military-political leadership.

From the beginning, the Ukrainian side claimed that it informed the Russian side about the planned displacement of its ships into the Sea of Azov through the Kerch Strait, a waterway that links the Azov Sea with the Black Sea. The Russian side says that there has been no request on this issue. The existence or absence of the Ukrainian request to the Russians is out of the matter. The fact is that the Ukrainian warships violated Russian territorial waters threatening navigation in the area and provoking the Russian side.

Summing up the existing data, it can be concluded that: There is no doubt that the leadership of the Ukrainian Armed Forces, particularly Commander-In-Chief Petro Poroshenko, gave an order to stage an action, which can cause casualties among at least military personnel. The command of the Ukrainian Navy forwarded this order to the naval group. The command and servicemen of this naval group made every possible effort to fulfil this order.

The Russian side seemed to try to avoid an armed clash and likely attempted to solve this crisis via military-diplomatic channels for at least several hours. However, it failed to do this.

The existing data allows to conclude that the current Ukrainian political leadership bears most of the responsibility for the November 25 maritime incident.

What developments we should expect in the following days. There are two options.

First of them, the Ukrainian government is employing its propaganda and oppressive power to boost the image of Russia as the aggressive foe of Ukraine. This will lead to the escalation of tensions in the conflict zone in eastern Ukraine as well as tensions in the contact zone between Russian and Ukrainian forces in the Black Sea and the Sea of Azov. If the first point is failed, this incident can lead to a full discredit of the current Ukrainian political leadership, particularly President Poroshenko, and his US supervisors.

Currently, Poroshenko held a meeting with his military cabinet. Following the meeting, the Ukrainian Armed Forces were put in a state of the full combat readiness. Poroshenko also pushed a decision to impose a martial law in Ukraine. This decision is yet to be approved by the Ukrainian Parliament.

It’s important to note that the situation has started escalating in eastern Ukraine where the Ukrainian Armed Forces opened a massive artillery fire on villages and towns controlled by the Donetsk People’s Republic (DPR) at 21:48 local time. The suburbs of the DPR capital of Donetsk is also under fire. This could indicate that the Poroshenko regime is intentionally fueling military tensions in the region in order to start a new conflict.

Additionally, the interesting facts are that European mainstream media are actively covering the escalation in the Black Sea, expectedly supporting the Ukrainian position (for example, Euronews). NATO leadership and US diplomats called on the sides involved to keep restraint. From their side, US mainstream media outlets have kept a pause exactly to this moment (23:00 EET).

It should be noted that the USS Harry S. Truman (CVN-75) carrier strike group is currently conducting drills in the Mediterranean Sea. It entered the sea on November 19.