Nuclear war is no longer unthinkable as it may be provoked by a U.S. military build-up in the Pacific, clearly aimed at confronting Beijing, John Pilger says in his new documentary The Coming War on China, set to be aired on RT.com and the RTD channel. 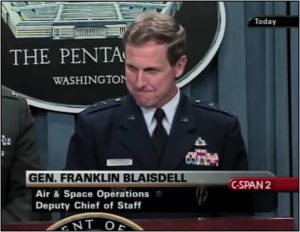 According to the BAFTA-winning journalist and filmmaker, reports in mainstream media of Beijing’s ambitious expansion and reclaiming of land in the South China Sea is in fact a response to U.S. military activity around its borders.

U.S. President Barack Obama’s ‘pivot’ to Asia in 2011 has resulted in the construction of 400 American military bases, including in Guam, elsewhere in the South China Sea, South Korea and Japan – thereby encircling China.

Together, they form what Pilger calls in his film “a noose around China,” made up of missiles, warships and nuclear weapons.

“The winner of the Nobel Peace Prize, Barack Obama, has committed trillions of dollars to our nuclear arsenal. He’s committing trillions of future dollars to war in space. We need an enemy for all this money and China is the perfect enemy,” James Bradley, author of China Mirage, says in the documentary.

The media is playing a key role in promoting this idea as “the threat of China is becoming big news,” Pilger states in The Coming War on China, adding that what is not reported is that China itself is under threat.

“The point about all of this is that, I don’t think anyone wants a nuclear war or even a war between great powers like the U.S. and China. But what’s happening here is that laying of ground, a landscape of potential mistakes and accidents,” Pilger told host Afshin Rattansi.

“So, we’re back to that almost estranged Strangelove world that we were worried about,” he added, referring to Stanley Kubrick’s 1964 movie Dr. Strangelove or: How I Learned to Stop Worrying and Love the Bomb, which satirizes the threat of nuclear conflict between the U.S. and Soviet Union.

Pilger’s documentary film contains interviews with U.S. Assistant Secretary of State, Daniel R. Russel, who states that the American presence in the Pacific is “is warmly welcomed by the vast majority of the coastal states” and “is fully accepted by the Chinese”.

Which, according to Pilger, is far from the truth. “My impression is that they are scared,” he says.

“We stand at a few minutes to midnight in terms of the threat of nuclear war. That aim of this film is to break a science. A nuclear war is no longer unthinkable,” Pilger said of his documentary.

Watch The Coming War on China film on December 9, 10, 11 on RT.com and RT’s documentary channel RTD.

Related reading:
Read John Pilger’s November 26, 2016 essay ‘The coming war on China‘ accompanying the release of his documentary film of the same title, and follow the links to a review and other information on the film, here on New Cold War.org.