Roses Have Thorns, part 12: ‘The Siege of Slavyansk’ 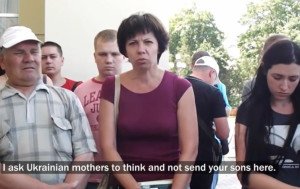 From the film, ‘Siege of Slavyansk 1’

Over the past six months, Watchdog Media Institute has produced a remarkable, 12-part film series on the political crisis and war in Ukraine called ‘Roses Have Thorns: Casualties of the Ukrainian Revolution’. The Facebook page for the entire film series is here. The films are sub-titled in English.

The latest installment of the series, part 12, is ‘The Siege of Slavyansk 1‘. It was released on YouTube on Dec. 28, 2014. It describes the terrible assault and siege of the city of Slavyansk in Donetsk oblast (province) by the Ukraine armed forces that took place last May and June. Self-defense forces withdrew from the city in early July and it has been under occupation ever since.  ‘The Siege of Slavyansk 1‘ is one hour, 40 minutes long. Watch it here: