Romania allowed the CIA to use a number of sites on its territory, a former head of the country’s intelligence has confessed. He added that Bucharest’s bid to join NATO at the time prevented it from asking the US about the purposes of the sites.

The sites in question were called “transit centers” and Romania was unaware of whether they were used for detention, Ioan Talpes, who headed Romania’s Foreign Intelligence Service from 2000 to 2004, told the daily Adevarul in a video interview posted online on Saturday.

“The Romanian side was not interested in what the Americans were doing, purposely to show them that they could trust us,” said Talpes.

AFP cited the interview, in which Talpes specifically stressed that at the time the decision was made, Bucharest was waiting to join NATO.

The ex-spy chief said talks on “sites that the Romanians would place at the disposal of CIA representatives” began after September 11, 2001. “What is certain is that we were not aware of the presence of detainees,” Talpes insisted in the interview. 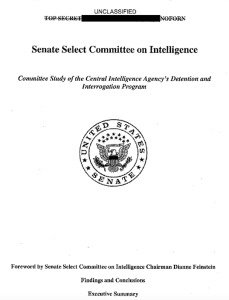 The US Senate report on torture, published earlier this week,* revealed among other things that 119 people were captured and held in CIA detention sites hosted by other countries.

Although none of the countries were specifically named in the heavily redacted document, the list of those assumed to be mentioned includes Romania, Poland, Lithuania, Thailand and Afghanistan.

Romania’s president at the time, Ion Iliescu, denied earlier this week any knowledge of the so-called “black sites” in the country, AFP reports.

Prime Minister Victor Ponta said questions about the sites should be addressed to the Foreign Ministry, which hasn’t as yet commented on the issue.

Poland earlier confirmed that it housed a facility that was used to interrogate Al-Qaeda suspects in 2002 and 2003.

The ruling, meanwhile, could serve as a precedent for other European states alleged to have hosted CIA prisons. Romania and Lithuania have similar cases filed against them with the ECHR.

* The U.S. Senate report on CIA torture policy remains classified. What was released by Senator Dianne Feinstein was the 528-page ‘executive summary’ of the report. Feinstein is Chairperson of the Senate Select Committee on Intelligence. —New Cold War.org editors.