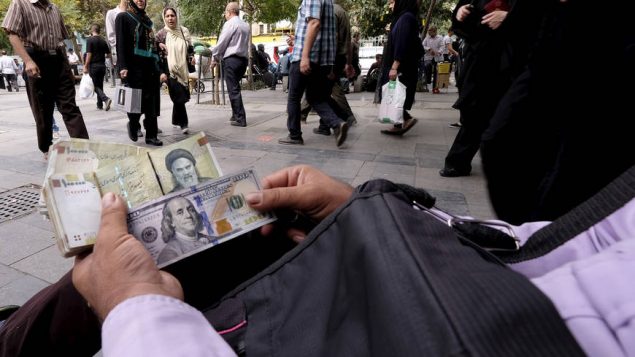 While the Islamic Republic can pride itself on improvement on literacy and poverty, 40 years after its Islamic Revolution, Iran is still struggling with many of the structural deficiencies that plagued the country under the shah.

Though some of Iran’s arch-conservative principals such as Ayatollah Ahmad Jannati have long argued that the now 40-year-old Islamic revolution was not about improving economic conditions, social justice and poverty eradication were common revolutionary themes. Observers broadly agree that socio-economic conditions contributed to the popular uprising in 1978-79. This analysis will briefly review some of the quantitative indicators that initially support that appraisal, but will focus more on comparing selected structural realities in the Iranian economy before and after the 1979 revolution.

A recent study of the Iranian economy over the past 40 years offers a number of relevant assessments. With regard to poverty, it argues, “While absolute poverty has been largely eradicated, relative poverty continues to be a real problem and has not been overcome.” Furthermore, in terms of income distribution, the study contends, “The upper income quintile still controls close to half the nation’s wealth, but its share has gradually declined slightly since 1990, benefiting minor gains in the lower three quintiles.”

There is no doubt that the current economic conditions in Iran are below the expectations of society. Even Jannati opined recently that people’s livelihoods are unsatisfactory, leading to society “losing hope.”

In general terms, the economic performance of post-revolutionary Iran should be assessed within the context of a middle-income country and thus benchmarked against its peers, such as Turkey. Within that framework, it is clear that economic indicators have improved — but remain well below the country’s potential. For example, based on World Bank data, per capita GDP in current US dollars stood at $2,168 in 1978 and increased 250% to $5,594 in 2017. The same figures for Turkey were $1,550 and $10,546, respectively, an increase of 680%. The world average was a fivefold increase of per capita GDP.

One can always argue that Iran’s development has been hampered by its devastating 1980-88 war with Iraq as well as decades of sanctions. But the fact of the matter is that the economy has performed poorly on its own terms. Having said that, the challenge of using quantitative indicators such as per capita GDP is that they only present snapshots. In Iran, GDP peaked in 2012 — standing at $7,832 after a period of high oil prices — but then collapsed due to the impact of tightening sanctions and a decline in oil revenues.

So while the Islamic Republic can pride itself on having improved indices such as literacy, absolute poverty and HDI, Iran is facing a number of trends that are undermining its economic potential. For example, in 1978 — the year before the revolution — the wealth that had been accumulated since the 1973 oil crisis contributed to a growing middle class. Today, the country is facing a shrinking middle class, though it remains larger as a segment of the population than in 1978. This trend may be reversed in the future, but to achieve sustained economic growth, Iran needs to address a number of structural deficiencies that have prevailed in the past 40 years.

One key challenge whether under the shah or the Islamic Republic has been state dominance of the economy — including via semi-state entities — and a culture of patronage for non-state economic activities. Before the revolution, the largest semi-state institution was the Pahlavi Foundation, which had shares in thousands of entities, including:

The net result of the pervasiveness of these structures has been the marginalization of the genuine private sector. Whereas the petroleum industry has been owned by the government and other key industries have been dominated by state and semi-state institutions, the real private sector has mainly been composed of small and medium-sized companies in less strategic sectors.

Another key issue has been both regimes’ heavy dependence on petroleum revenues. Though the reliance on oil exports in government budgets has declined significantly — from close to 50% in the mid-1970s to about 25% in the proposed budget for the coming Iranian year — hard currency generated by oil and gas exports is still the backbone of the economy. Since these revenues are controlled by the government, they also represent the main driver for rent-seeking, another phenomenon that has not changed in the past four decades.

Redistributive policies have also been similar pre- and post-revolution. Relatively high energy subsidies have prevailed under both regimes as a way of transferring the petroleum wealth to society. When there have been attempts to do away with fuel subsidies — the Islamic Republic has since 2010 moved to convert them into direct cash handouts — they have failed miserably, and in the latter case actually led to additional inflationary pressures.

Furthermore, both regimes developed ambitious development plans essentially focused on economic diversification via import substitution and limited export promotion. Again, both the shah and the Islamic Republic frequently failed to achieve set goals. In essence, the availability of oil revenues continuously undermined any genuine step to develop other export potentials. Though there is a higher degree of diversification and also international connectivity within the economy today compared to 1979, a lack of appropriate policies as well as external sanctions have hampered the development of a truly export-oriented economy. On the other hand, the creation of the National Development Fund, into which 32% of petroleum revenues are presently transferred, has been a positive step. However, as long as such funds are at the disposal of state institutions, these deficiencies will continue.

There are a number of other structural issues that none of the governments under both regimes have managed to address, including inherent inflation.

But what the shah and the Islamic Republic have in common at their core is a mismatch between ambition and reality. Both regimes squandered the country’s wealth through mismanagement. For example, in 1975, a lack of necessary infrastructure and poor planning left 200 cargo ships in a long wait to be unloaded at Iran’s southwestern Khorramshahr port, costing the economy $1 billion or close to 2% of GDP at the time. It is this kind of mismatch that has long created continuous flux and a sense of instability.

Thus, even though the Iranian economy has experienced structural shifts from an academic point of view, its fundamental deficiencies have prevailed despite ambitions of modernization.

The latest such ambition has emerged in a recent instruction by the supreme leader to introduce needed “structural reforms” in the proposed budget bill for the coming Iranian year (beginning March 21). Commenting on his instruction, parliament member Jafarzadeh Imanabadi stated that the country would need an “economic revolution” to change the outdated structures such as “the government’s relationship with oil” and necessary “financial, banking and customs reforms.” Four decades after the revolution, genuine reforms remain a crucial goal for the Islamic Republic.