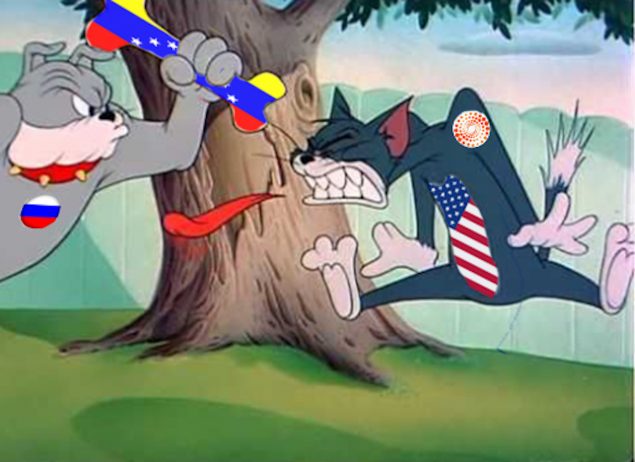 International journalist sources are expressing concern that the reputation and ability of Reuters to report internationally has been damaged by what they call the “Americanization” of the news agency.

The Reuters news agency has published a retraction of an “exclusive” report on operations between the Venezuelan and Russian state oil companies, PDVSA and Rosneft, after disavowing the US-supplied source. Reuters has also acted after Rosneft applied for a criminal investigation of the media company’s operations in Russia by Moscow prosecutors.

The acknowledgment of misreporting has exposed evidence that Reuters’ reporters and bureaux in Caracas, Venezuela, Mexico City, Houston, London and Washington are routinely relaying disinformation supplied by US Government agents in their attempt to damage Venezuelan, Russian, Indian and Chinese operations in the international oil market.

According to a publication by Reuters — issued on Tuesday, April 23, but made to appear to have been published on April 18 — the news agency has admitted it “could not determine” its earlier allegation that a “scheme uncovered by Reuters” was true. The new Reuters claim also disavows the charge that Rosneft was acting illegally with Petróleos de Venezuela, S.A. (PDVSA) to bust US sanctions imposed on the Venezuelan company  in January;  and on Evrofinance Mosnarbank, a state bank, sanctioned on March 11.

Now, Reuters says, “experts see no violation of sanctions.”  The “scheme uncovered by Reuters” reported on April 18 has been reprinted this week as a “new approach described to Reuters.”

The unprecedented retreat by Reuters followed a Rosneft press statement issued on April 19. The company called the Reuters report an “outright lie…purposeful misinformation, legalization of rumours…invent[ed] information fabricated for the purpose of causing damage to the Russian economy, Russian companies, and the Russian state.” Welcoming the correction in Moscow, Rosneft calls it “an unprecedented admission that we were right in our evaluation of Reuters’ article.”

International journalist sources express concern that the reputation and ability of Reuters to report internationally has been damaged by what they call the “Americanization” of the news agency. This is a reference to the editor in chief of Reuters, Stephen Adler, who is based in New York.

Reuters’ spokesmen in New York and in London have yet to clarify the sources of the now repudiated allegation. So far, they also refuse to correct an earlier Reuters “exclusive” with allegations against PDVSA and Rosneft, whose sources were also from Washington, and whose veracity was challenged at the time as propaganda for the US sanctions war against Venezuela and Russia.

According to the byline in print, the reporter responsible for the original and corrected version of the Reuters allegations is Marianna Parraga. 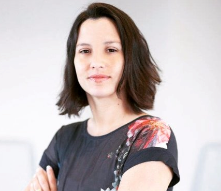 Educated at a private university in Venezuela, Parraga worked first for Reuters in Caracas. Subsequently based at the same time in Mexico City and in Houston, Texas,she calls herself an energy correspondent for Latin America. Reuters has published several “exclusive” reports with  Parraga’s byline, all claiming anonymous sources for evidence that the Venezuelan Government and the state oil company PDVSA are breaking US sanctions; read the list of Parraga’s list of  “exclusives” here.

In March, reporting from Houston,  Parraga advertised a document she was given by the US-financed opposition to the Venezuelan government. In a pitch for US investor support, Parraga claimed “Venezuela’s interim government led by congress head Juan Guaido is preparing new legislation to reverse late President Hugo Chavez’s energy industry nationalization, allowing private companies a bigger role in its oilfields and shrinking state-run PDVSA, according to sources and a draft seen by Reuters.”

In her Twitter feed  Parraga has not made a personal correction of her misreporting. Instead, she continues to promote the April 18 publication.

Although the Reuter management has erased most traces of the original story, they have failed to “correct” the Yahoo internet version. Before it too disappears, here are several screen shots: Directed from a headquarters in New York, Reuters’ editor-in-chief is a Harvard-educated American, Stephen Adler.  Last month Adler issued a statement attacking the Myanmar (Burmese) Government for putting two Reuters reporters on trial, convicting them on criminal charges, and sending them to prison for long sentences.   “They are honest, admirable journalists who did not break the law, and they should be freed as a matter of urgency,” Adler claimed. According to the New York Times version of the Reuters case in Myanmar,  the evidence against the two reporters came from  local police who caught the journalists with official documents in violation of the local official secrets law. Reuters engaged for their defence Amal Clooney, a member of the London law firm defending Julian Assange against the US Government indictment for conspiracy to violate one of the US official secrets statutes.

Adler, according to two sources briefed on his conversation, has Americanized the global coverage of Reuters. At the same time, the sources comment, Adler has imposed cost and job-cutting which has reduced the number of reporters and flow of news from sources in countries with which the US Government is engaged in information warfare. Editing and rewriting Reuters news flow have increasingly been centralized by Adler in the US.

Last November, in what Parraga and a colleague from the Reuters bureau in Washington  called an “exclusive”, Reuters claimed a secret meeting in Caracas between Rosneft chief executive Igor Sechin and Venezuelan President Nicolas Maduro was “one of the clearest signs of strain between crisis-stricken Venezuela and its key financier Russia.”  Reuters reported its evidence came from “two sources briefed on the [Sechin-Maduro] conversation last Saturday”.  Read the Reuters story here.

Doubt that Sechin had been in Caracas when Reuters claimed, and evidence that the reported “crisis” between Rosneft, PDVSA and the Maduro government had been fabricated in Washington, can be followed in detail here. questions about the veracity of both Parraga  “exclusives” – the November report and the April  18 report. Concretely, by telephone and email,  she was asked to clarify the evidence and the “two sources” on which the November publication was based. She was also invited to explain how Reuters had verified Parraga’s material before publishing it.

Carpenter was also asked to explain why this week’s correction of Parraga’s April 18 report has been published as if on the original date; why the corrected version added reporting from Reuters bureaux in Caracas, New Delhi and London which had not been identified in the original; and whether the published correction is an acknowledgement by Reuters that the origin of the claim, which can no longer be “determined”, is US Government information-war material.  Why, the spokesman was questioned, had Parraga and her colleagues cited sources at the US Treasury and the State Department without reporting from Rosneft or the Russian Government?

Carpenter acknowledged receiving the questions. “We will come back to you on this,” she replied. She didn’t. A London spokesman for Adler refused to answer the questions.