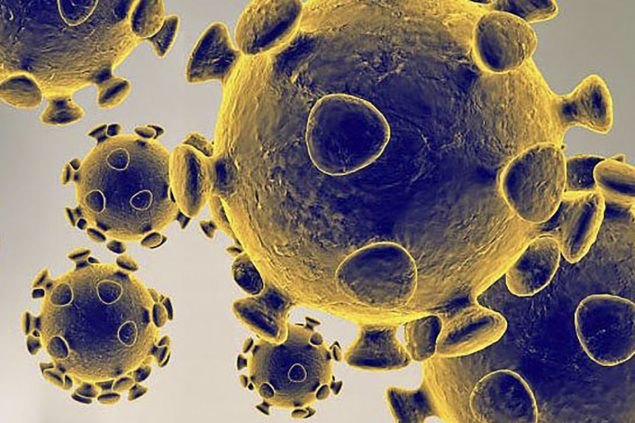 There is currently no specific treatment against the new virus novel coronavirus (2019-nCoV). Therefore, identifying effective antiviral agents to combat the disease is urgently needed. This study evaluates the antiviral efficiency of five FAD-approved drugs including ribavirin, penciclovir, nitazoxanide, nafamostat, chloroquine and two well-known broad-spectrum antiviral drugs remdesivir (GS-5734) and favipiravir (T-705) against a clinical isolate of 2019-nCoV in vitro.

In December 2019, a novel pneumonia caused by a previously unknown pathogen emerged in Wuhan, a city of 11 million people in central China. The initial cases were linked to exposures in a seafood market in Wuhan.1 As of January 27, 2020, the Chinese authorities reported 2835 confirmed cases in mainland China, including 81 deaths. Additionally, 19 confirmed cases were identified in Hong Kong, Macao and Taiwan, and 39 imported cases were identified in Thailand, Japan, South Korea, United States, Vietnam, Singapore, Nepal, France, Australia and Canada. The pathogen was soon identified as a novel coronavirus (2019-nCoV), which is closely related to sever acute respiratory syndrome CoV (SARS-CoV).2 Currently, there is no specific treatment against the new virus. Therefore, identifying effective antiviral agents to combat the disease is urgently needed.

An efficient approach to drug discovery is to test whether the existing antiviral drugs are effective in treating related viral infections. The 2019-nCoV belongs to Betacoronavirus which also contains SARS-CoV and Middle East respiratory syndrome CoV (MERS-CoV). Several drugs, such as ribavirin, interferon, lopinavir-ritonavir, corticosteroids, have been used in patients with SARS or MERS, although the efficacy of some drugs remains controversial.3 In this study, we evaluated the antiviral efficiency of five FAD-approved drugs including ribavirin, penciclovir, nitazoxanide, nafamostat, chloroquine and two well-known broad-spectrum antiviral drugs remdesivir (GS-5734) and favipiravir (T-705) against a clinical isolate of 2019-nCoV in vitro.

Standard assays were carried out to measure the effects of these compounds on the cytotoxicity, virus yield and infection rates of 2019-nCoVs. Firstly, the cytotoxicity of the candidate compounds in Vero E6 cells (ATCC-1586) was determined by the CCK8 assay. Then, Vero E6 cells were infected with nCoV-2019BetaCoV/Wuhan/WIV04/20192 at a multiplicity of infection (MOI) of 0.05 in the presence of varying concentrations of the test drugs. DMSO was used in the controls. Efficacies were evaluated by quantification of viral copy numbers in the cell supernatant via quantitative real-time RT-PCR (qRT-PCR) and confirmed with visualization of virus nucleoprotein (NP) expression through immunofluorescence microscopy at 48 h post infection (p.i.) (cytopathic effect was not obvious at this time point of infection). Among the seven tested drugs, high concentrations of three nucleoside analogs including ribavirin (half-maximal effective concentration (EC50) = 109.50 μM, half-cytotoxic concentration (CC50) > 400 μM, selectivity index (SI) > 3.65), penciclovir (EC50 = 95.96 μM, CC50 > 400 μM, SI > 4.17) and favipiravir (EC50 = 61.88 μM, CC50 > 400 μM, SI > 6.46) were required to reduce the viral infection (Fig. 1a and Supplementary information, Fig. S1). However, favipiravir has been shown to be 100% effective in protecting mice against Ebola virus challenge, although its EC50 value in Vero E6 cells was as high as 67 μM,4 suggesting further in vivo studies are recommended to evaluate this antiviral nucleoside. Nafamostat, a potent inhibitor of MERS-CoV, which prevents membrane fusion, was inhibitive against the 2019-nCoV infection (EC50 = 22.50 μM, CC50 > 100 μM, SI > 4.44). Nitazoxanide, a commercial antiprotozoal agent with an antiviral potential against a broad range of viruses including human and animal coronaviruses, inhibited the 2019-nCoV at a low-micromolar concentration (EC50 = 2.12 μM; CC50 > 35.53 μM; SI > 16.76). Further in vivo evaluation of this drug against 2019-nCoV infection is recommended. Notably, two compounds remdesivir (EC50 = 0.77 μM; CC50 > 100 μM; SI > 129.87) and chloroquine (EC50 = 1.13 μM; CC50 > 100 μM, SI > 88.50) potently blocked virus infection at low-micromolar concentration and showed high SI (Fig. 1a, b).

Remdesivir has been recently recognized as a promising antiviral drug against a wide array of RNA viruses (including SARS/MERS-CoV5) infection in cultured cells, mice and nonhuman primate (NHP) models. It is currently under clinical development for the treatment of Ebola virus infection.6 Remdesivir is an adenosine analogue, which incorporates into nascent viral RNA chains and results in pre-mature termination.7 Our time-of-addition assay showed remdesivir functioned at a stage post virus entry (Fig. 1c, d), which is in agreement with its putative anti-viral mechanism as a nucleotide analogue. Warren et al. showed that in NHP model, intravenous administration of 10 mg/kg dose of remdesivir resulted in concomitant persistent levels of its active form in the blood (10 μM) and conferred 100% protection against Ebola virus infection.7 Our data showed that EC90 value of remdesivir against 2019-nCoV in Vero E6 cells was 1.76 μM, suggesting its working concentration is likely to be achieved in NHP. Our preliminary data (Supplementary information, Fig. S2) showed that remdesivir also inhibited virus infection efficiently in a human cell line (human liver cancer Huh-7 cells), which is sensitive to 2019-nCoV.2

Chloroquine, a widely-used anti-malarial and autoimmune disease drug, has recently been reported as a potential broad-spectrum antiviral drug.8,9 Chloroquine is known to block virus infection by increasing endosomal pH required for virus/cell fusion, as well as interfering with the glycosylation of cellular receptors of SARS-CoV.10Our time-of-addition assay demonstrated that chloroquine functioned at both entry, and at post-entry stages of the 2019-nCoV infection in Vero E6 cells (Fig. 1c, d). Besides its antiviral activity, chloroquine has an immune-modulating activity, which may synergistically enhance its antiviral effect in vivo. Chloroquine is widely distributed in the whole body, including lung, after oral administration. The EC90 value of chloroquine against the 2019-nCoV in Vero E6 cells was 6.90 μM, which can be clinically achievable as demonstrated in the plasma of rheumatoid arthritis patients who received 500 mg administration.11Chloroquine is a cheap and a safe drug that has been used for more than 70 years and, therefore, it is potentially clinically applicable against the 2019-nCoV.

Our findings reveal that remdesivir and chloroquine are highly effective in the control of 2019-nCoV infection in vitro. Since these compounds have been used in human patients with a safety track record and shown to be effective against various ailments, we suggest that they should be assessed in human patients suffering from the novel coronavirus disease.

We thank Xi Wang, Yan Wu, Weijuan Shang, Huanyu Zhang, Yufeng Li, Hengrui Hu, Xiaming Jiang, Yuan Sun, from Wuhan Institute of Virology for their essential assistance with this study. We thank Prof. Fei Deng from National Virus Resource Center, and Tao Du, Jia Wu and Hao Tang from BSL-3 Laboratory of Wuhan Institute of Virology for their critical support. We thank Prof. Yanyi Wang and other colleagues of Wuhan Institute of Virology and Wuhan National Biosafety Laboratory for their excellent coordination. We thank Dr. Basil Arif for scientific editing of the manuscript. We thank the anonymous reviewers for their valuable suggestions. This work was supported in part by grants from the National Science and Technology Major Projects for “Major New Drugs Innovation and Development” (directed by Prof. Song Li) (2018ZX09711003), the National Natural Science Foundation of China (31621061), and the Emergency Scientific Research Project for 2019-nCoV from Hubei Province (to Profs. Zhengli Shi and Gengfu Xiao).

Correspondence to Zhihong Hu or Wu Zhong or Gengfu Xiao.

The authors declare no competing interests.

Open Access This article is licensed under a Creative Commons Attribution 4.0 International License, which permits use, sharing, adaptation, distribution and reproduction in any medium or format, as long as you give appropriate credit to the original author(s) and the source, provide a link to the Creative Commons license, and indicate if changes were made. The images or other third party material in this article are included in the article’s Creative Commons license, unless indicated otherwise in a credit line to the material. If material is not included in the article’s Creative Commons license and your intended use is not permitted by statutory regulation or exceeds the permitted use, you will need to obtain permission directly from the copyright holder. To view a copy of this license, visit http://creativecommons.org/licenses/by/4.0/.