Two commentaries are enclosed, reporting on the war-refugee crises in South Asia, the Middle East and Africa that are landing on the shores and crossing the borders of the countries of the European Union. 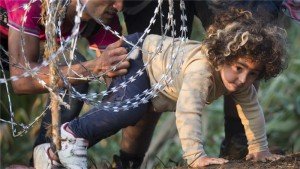 One doesn’t have to be an opponent of the European project to agree with eurosceptics that today’s EU has evolved into something that is in dire need of fundamental reform or dissolution.

First, the euro crisis that erupted in 2010 exposed the governance of the eurozone as flawed: In the absence of a fiscal and political union, government bond yield differentials within the euro area widened significantly, preventing Greece and other periphery nations from having access to international credit markets and forcing them in turn to accept a “rescue” deal with the EU and the IMF that carried ominous terms and conditions. Five years later, most of the peripheral countries of the eurozone are still stuck in a recession and austerity has become the new principle for public policy in Europe.

In the meantime, the Euroland is no closer to having a banking, fiscal and political union than it was when the euro debt crisis first came to the forefront.

Now, the so-called migration crisis, in which hundreds of thousands of people are fleeing war-torn countries and risking their lives to reach Europe, has exposed the major flaws in EU governance on the whole. In the absence of a coherent European migration policy, different policies are being pursued by different member states all while the whole tragic affair has been pushed into the black market and the Mediterranean has become the grave of refugees. 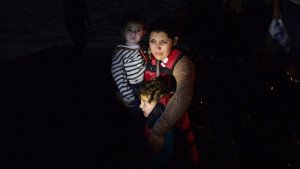 Indeed, the crisis – just like the debt crisis before it – has brought to surface the uselessness of EU institutions and the underlying racism in many European political cultures.

Conceived and functioning largely as a corporate entity, the EU has lagged behind other key areas besides trade and economics.

It has lagged behind in international diplomacy and shown little sensitivity to human rights.

Immigration, viewed mainly as a national security issue by most EU member states, is a policy area where the European Court of Justice, Commission, and Parliament have had very little say in it as European state actors have been allowed to adopt and enforce immigration rules and policies as they see fit. As such, there is no “harmonised” EU immigration policy – and it is hard to see one developing in the near future as Europe shows little interest in moving in the direction of a federal state. Thus, a nation like Slovakia, a member of the European Union, the eurozone and the Schengen area, has openly stated, and with no apparent shame, that it will accept 200 Syrian refugees as a sign of solidarity with other EU member states but only on the condition that they are Christians.

By the same token, Hungary is building a wall along the Serbian border to keep refugees out. In fact, the Hungarian Parliament passed a law recently that gives border officials the power to turn away migrants coming from the Middle East.

The immigration policies adopted by countries like Slovakia and Hungary clearly violate human rights and are driven by racist notions of national homogeneity; yet the current EU regime can do nothing about it.

Indeed, national resistance to a “harmonised” EU immigration policy is a direct result of the failure of the European integration process to move beyond mainly economic and trade policies for the benefit of the business environment of Europe.

At the same time, it needs to be pointed out that, because of globalisation, there has been a certain loss of state control over immigration, a development which complicates even further the whole issue of illegal vs legal immigration.

To be sure, the flow of illegal labour into European societies does depress local wages, thus enhancing in turn racism and xenophobia. Hence, all of the above realities mandate that the EU takes a giant step forward by embracing the federal idea.

As German Chancellor Angela Merkel admitted last week, immigration will shape the image and the future of Europe in this decade. However, the sight of people drowning in the Mediterranean, while shocking and abominable, is not a new phenomenon. It is estimated that more than 20,000 people have died since 1998 in their attempt to enter Europe.

But let’s put into context today’s so-called “migration crisis”. The hundreds of thousands (if not millions) of people who are trying to find their way to Europe are fleeing from war-torn countries, courtesy of the policies of the U.S. and its allies. German weapons are being used extensively today in places like Libya and Syria, yet Germany feels no obligation to adopt a more relaxed attitude towards migrants from those countries.

Of course, this is not to suggest that the solution to migration is a Europe with open borders. But at the present juncture, the absence of a “harmonised” EU immigration policy is a disaster in more ways than one: With the immigration phenomenon resting entirely in the hands of an international network of criminals, distinguishing legitimate asylum seekers from terrorists is nearly impossible to ascertain.

The solution to Europe’s refugee crisis necessitates the adoption of a “harmonised” EU migration policy that takes into account both the needs of refugees and those of member states.

A solution to Europe’s refugee crisis also requires an active foreign policy on the part of the EU which seeks to stabilise, rather than destabilise, the countries and the regions from which migrants flee.

Without these steps taken, Europe’s chaotic situation with refugees will continue for the indefinite future (environmental refugees may soon become the next migration wave), with fragmented implosion being most likely Europe’s own future.

C J Polychroniou is a political economist/political scientist who has taught and worked for many years in universities and research centres in Europe and the United States.

Why Al Jazeera will not say Mediterranean ‘migrants’

The word migrant has become a largely inaccurate umbrella term for this complex story.

Imagine waking your children in the morning. Imagine feeding and dressing them. Imagine pulling a little girl’s hair into a ponytail, arguing with a little boy about which pair of shoes he wants to wear.

Now imagine, as you are doing that, you know later today you will strap their vulnerable bodies into enveloping life jackets and take them with you in a rubber dinghy – through waters that have claimed many who have done the same.

Think of the story you’d have to tell to reassure them. Think of trying to make it fun. Consider the emotional strength needed to smile at them and conceal your fear.

What would it feel like if that experience – your frantic flight from war – was then diminished by a media that crudely labelled you and your family “migrants”? And imagine having little voice to counter a description so commonly used by governments and journalists.

The umbrella term ‘migrant’ is no longer fit for purpose when it comes to describing the horror unfolding in the Mediterranean. It has evolved from its dictionary definitions into a tool that dehumanises and distances, a blunt pejorative.

It is not hundreds of people who drown when a boat goes down in the Mediterranean, nor even hundreds of refugees. It is hundreds of migrants. It is not a person – like you, filled with thoughts and history and hopes – who is on the tracks delaying a train. It is a migrant. A nuisance.

It already feels like we are putting a value on the word. Migrant deaths are not worth as much to the media as the deaths of others – which means that their lives are not. Drowning disasters drop further and further down news bulletins. We rarely talk about the dead as individuals anymore. They are numbers.

When we in the media do this, when we apply reductive terminology to people, we help to create an environment in which a British foreign minister can refer to “marauding migrants,” and in which hate speech and thinly veiled racism can fester.  We become the enablers of governments who have political reasons for not calling those drowning in the Mediterranean what the majority of them are: refugees. We give weight to those who want only to see economic migrants.

The argument that most of those risking everything to land on Europe’s shores are doing it for money is not supported by the facts. According to the UN, the overwhelming majority of these people are escaping war. The largest group are fleeing Syria, a country in which an estimated 220,000 to more than 300,000 people have been killed during its appalling and escalating war.

Many others come from Afghanistan, Iraq, Libya, Eritrea and Somalia – all places from which people are commonly given asylum.

There is no “migrant” crisis in the Mediterranean. There is a very large number of refugees fleeing unimaginable misery and danger and a smaller number of people trying to escape the sort of poverty that drives some to desperation.

So far this year, nearly 340,000 people in these circumstances have crossed Europe’s borders. A large number, for sure, but still only 0.045 percent of Europe’s total population of 740 million.  Contrast that with Turkey, which hosts 1.8 million refugees from Syria alone. Lebanon, in which there are more than one million Syrians. Even Iraq, struggling with a war of its own, is home to more than 200,000 people who have fled its neighbour.

There are no easy answers and taking in refugees is a difficult challenge for any country but, to find solutions, an honest conversation is necessary. And much of that conversation is shaped by the media.

For reasons of accuracy, the director of news at Al Jazeera English, Salah Negm, has decided that we will no longer use the word migrant in this context. We will instead, where appropriate, say ‘refugee’.

At this network, we try hard through our journalism to be the voice of those people in our world who, for whatever reason, find themselves without one.  Migrant is a word that strips suffering people of voice. Substituting refugee for it is – in the smallest way – an attempt to give some back.

Barry Malone is an online editor at Al Jazeera.