Following the lead of its counterparts in the United States, media mainstream in Canada has joined the latest anti-Russia propaganda assault, this time over the hacking of emails of officials of the U.S. Democratic Party machine now firmly in the hands of presidential candidate Hillary Clinton. We are bombarded with the message that Russian government agencies “maybe” or “surely” sparked the scandal by hacking the computer records of the Democratic National Committee and that this constitutes a grave intervention by one major country into the political affairs of another.

Some 20,000 emails were made public by WikiLeaks on July 22. Among other uncomfortable revelations, they show that the Democratic Party apparatus conspired to undermine the candidacy of Bernie Sanders for the party’s presidential nomination.

Mainstream media argues that agencies of the Russian government were “surely” responsible for the hacking and email leaks. Upon reading, we learn that the sources for these accusations consist of anonymous hackers and speculative commentators.

The story behind this non-story is exposed well in many alternative news outlets. For example, Nathan Robinson, the editor of Current Affairs, published a commentary on July 27 titled ‘Democrats are redbaiting like it’s 1956‘. RT.com‘s current affairs program ‘Crosstalk’ devoted its episode of August 1 to discussing the topic, and here is a background article on RT to the ‘Russia did it’ side of the story.

Nathan Robinson wrote, “The issue here is not really whether the Russian government was behind the DNC hack. It’s that liberals are using the hack, plus a lot of wild, speculative theories about [Donald] Trump, to avoid substantive criticisms from both their left and right…

“By seeing any and all opposition as the work of secret Kremlin plots, they have returned to one of the most desperate and ugly forms of character assassination in American political history.”

Julian Assange has spoken out about the controversy. He is interviewed at length on the August 6 broadcast of RT.com‘s ‘Going Underground’. He says that evidence of Russian government hacking of the U.S. Democratic Party is “circumstantial”, that’s all. The interview is devoted to discussing the significance of what the leaked emails reveal.

Corporate news outlets in Canada have jumped on board the ‘Russia did it’ story. The Toronto Star, for example, published a July 29 article lifted from the Washington Post containing this bold revelation: “Russian government hackers have breached the computers of the Democratic Congressional Campaign Committee, according to individuals familiar with the matter (emphasis added).” The “individuals” are never named.

The story got similar a similar, empty presentation on primetime, national radio news on CBC Radio One‘s ‘The World At Six’ on July 30, in a report filed by seasoned journalist Stephen Puddicombe.

(A sideline to this concocted story is that the Russian government and its president, Vladimir Putin, favour the U.S. presidential candidacy of right-wing billionaire Donald Trump over that of Hillary Clinton. An example of this sideline appeared in iPolitics.ca on July 27. The story was written by a neo-conservative ideologue of Mike Harris-era and Canadian Taxpayers’ Federation fame and was titled ‘Putin’s pet: The real reason behind Moscow’s support for Trump’.You can read several informative commentaries responding to the Putin-Trump innuendo here.)

The Globe and Mail national daily joined the chorus in an article in its Saturday, July 30 edition. The article is written by the Globe‘s longtime Washington correspondent, Patrick Martin.

Martin headlined his story ‘Why Putin would be behind the DNC computer hacking’. He wrote, “U.S. security experts have concluded with near certainty that it was two groups of hackers known in the cyberworld as Fancy Bear and Cozy Bear that penetrated the computer network of the Democratic National Committee… These operations would not have been conducted without the knowledge of Russian President Vladimir Putin, the one-time head of the FSB [emphasis added].” An English language teacher might hold up Martin’s report as an example of ‘Conditional tense run wild’.

Readers of the Globe are reacting harshly to the Patrick Martin story. This is where the whole media episode gets more revealing because the views of many Globe readers’ are evidently shifting from criticism and condemnation to downright scorn and ridiculing. Here is one typical comment accompanying the Patrick Martin article:

The Globe’s never-ending litany of lies and unfounded accusations leveled against Russia and Putin are reminiscent of the hysterical and largely unfounded anti-Communist rants of the late Senator Joseph McCarthy. Eventually, most Americans saw through McCarthy’s fabrications and dismissed his lunacy. For the sake of world peace, we should hope that the general public will see the anti-Russian rants of Clinton, the DNC, Obama and their mainstream media mouthpieces for what they are – part of a manufactured crisis to deflect public attention from real issues such as the economy and the threat of Islamist terrorism. We do not need a war with Russia, cold or otherwise. Those who still believe that Russia is our enemy need to grow up. Perhaps they can’t do that, however, because they are still clinging to their imaginary childhood friends and now need imaginary enemies as adults in order to cope with life.

This is not the first time that Globe readers have criticized or condemned the newspaper editors’ anti-Russia biases. The New Cold War.org website has drawn attention during the past two years to the perceptive views of many Globe readers on the conflict in Ukraine differing sharply with the anti-Russia views of Globe editors. Two examples are here and here. It seems that the patience of readers is increasingly wearing thin as evidenced by the tone of recent comments. 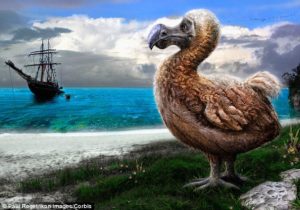 Serious mainstream media gone the way of the dodo bird, says a Globe and Mail reader

Below is a selection of reader comments to the Patrick Martin article. There are 188 posted comments on the Globe website.

Soon after the story of the Democratic Party hacking broke, Edward Snowden explained to the world that U.S. government intelligence agencies would know who, exactly, is responsible for it. (Snowden has criticized WikiLeaks for revealing private information about individuals in its 20,000 e-mail leaks. Julian Assange replied to that, saying, “We are talking about the ruling party of the U.S. and its material, not private information. WikiLeaks is not going to be tampering with evidence which will almost certainly be used in several successive court cases.”

Comments to July 30, 2016 article in The Globe and Mail ‘Why Putin would be behind the DNC computer hacking’:

*  [Pot calling the kettle black.] These articles are pure propaganda. Always Russia the bad guy. America the good. Utter, complete nonsense. If you don’t think that the U.S. doesn’t hack into Russia and China, then you are either an idiot or a fool. Take your pick. We are being played by articles like this to view Russia as the evil one so that when we are forced to go to war, we will all yell ‘Yes, get the evil commies’; ‘Nuke them’; ‘USA USA USA USA’. The Globe should be ashamed for allowing this propaganda nonsense to be printed.

*  Personally I think this is just more anti-Russian propaganda. The U.S. and NATO are busily trying to work up some kind of conflict with Russia in order to keep the military-industrial complex’s profits rolling in. They are always in search of a new enemy, an enemy they can blame for their internal problems that they don’t know how to resolve.

*  Why is balanced reporting gone the way of the dodo bird? Oh, Mr. Martin, if you had to guess who has done more computer hacking: the USA or Russia? How much computer hacking took place inside Ukraine before the U.S.-inspired coup? Do American warships strut all over the globe for world peace, or for American hegemony? Do better than this… We spend so much time talking about the hackers than we do about what they showed to us….that is the real issue…. This may not be Anonymous but I for one am glad they exist.

*  It seems that we have made Vladimir Putin a demigod or convenient scapegoat. Anything to do with Russia is automatically blamed on him. In the last few years, Putin is responsible for troubles in Ukraine, annexing Crimea, low oil prices, intervention in Syria, steroid use in Russian athletes, harassment of NATO ships and airplanes near Russia’s borders, Brexit, funding European parties to destabilize the West, potential invasion of the Baltic countries.

Now we have Putin and the Russians hacking the Democratic Party email servers. I wonder how can one man do all this? I know people who own multiple companies and have no clue what is going on on the factory floor.

The reality is that only dumb hackers easily allow themselves to be tracked. In this murky world, it is very difficult to pinpoint the identity of the hackers and the countries they come from.

*  A liberal operative writes a story spreading innuendos and potential lies about Trump based on hacked emails from the DNC proving they use innuendos and lies to advance their own ends. We’ve come full circle.

*  It’s not really apparent exactly when Western media began turning Russia into a “bogeyman” (also spelled “boogeman”). It might have been after (missile carrying) Russian naval vessels appeared off the coast of Syria, thereby inhibiting a full scale U.S. invasion of Syria. It might have been after the Boston Marathon bombing, when American officials were embarrassed by reports that the Russians had warned the U.S. government about the two brothers who later caused the bombing, but the Russian warnings were ignored.

*  Here’s another theory… Maybe Putin just got tired of America attacking him for being a dictator when they’re hardly a perfect model of democracy and decided to embarrass them by releasing some info. God knows if I had info like that I’d be tempted to release it just to shut up the U.S. politicians braying about how perfect a democracy the U.S. is.

*  The media, the Democratic Party, and the 0.1%ers they serve obviously have a very low opinion of the public’s intelligence.

*  If this article were a prospectus regarding an investment, as a metaphor for ‘platform’ and ‘politics’, it would be filed under ‘speculative’ and ‘hardly investor grade’. Reads like a fantasy short story from a style ‘copied’ from the wrong era.

*  Just like WMDs in Iraq the media is whipping rumors and circumstantial evidence into a certainty that hacking the DNC was a major act of aggression by the Russian Government. While I am sure there is some truth to a, Russian being involved. I doubtful about the extent it was a government plot.