The West presents Putin as a bloodthirsty warmonger with grand imperial ambitions. The reality is that Putin wants a stable, federalized Ukraine—anything else would be too costly for Russia 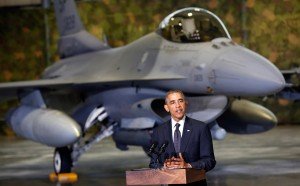 In February, it is a long way to the spring, lamented Joseph Brodsky, the poet. Indeed, snow still falls heavily in Moscow and Kiev as well as in the rolling steppes that form the Russian-Ukrainian borderlands, but there it is tinted with red. Soldiers are loath to fight in the winter, when life is difficult anyway in these latitudes, but fighting has nonetheless flared up in war-torn Donbass—and the U.S. is preparing to escalate the conflict by supplying sophisticated weapons to Kiev.

Tired by the siege and by intermittent shelling, the rebels disregarded the snow and took the strategic Donetsk airport. This airport with its Stalin-built tunnels, a symbol of solid Soviet defense work, presented a huge challenge for the under-equipped militia. Its many-leveled underground facilities were built to sustain a nuclear attack; still, the rebels, after months of fighting, flushed the enemy out and took it.

In a bigger offensive, they trapped Kiev’s troops in the Debaltseve pocket, and Kiev is already suing for a cease-fire. The rebels hope to dislodge the enemy from their lands altogether; as now they hold only about one third of Donbass; but Russia’s president is still groping for the brakes. He prefers a bad peace to a good war. For him, the Ukraine is important, but not a sine qua non, the only problem in the world. This attitude he shares with the American leader. There is a big difference: Russia wants peaceful Ukraine, Americans prefer one at war.

Russia would prefer to see Ukraine united, federal, peaceful and prosperous. The alternative of splitting Donbass is not very tempting: Donbass is strongly connected to the rest of Ukraine, and it is not easy to sever its ties. The war already has sent millions of refugees from Donbass and from the rump of Ukraine to Russia, overloading its systems. Putin can’t cut loose and forget about Donbass – his people would not allow him anyway. A cautious man, he does not want to get into an open-ended war. So he has to navigate towards some sort of peace.

I had a meeting with a well-informed and highly-placed Russian source who shared with me, for your benefit, some inner thoughts on condition of his anonymity. Though the West is certain that Putin wants to restore the Soviet Union, actually the Russian president did everything he could to save the Ukraine from disintegration, said the source. This is what Russia did in order to bring peace to Ukraine:

These steps were quite unpopular in Russian society, but Putin made them in order to promote a peaceful solution for Ukraine. Some war-like Donbass leaders were convinced to retire. In vain: Putin’s actions and intentions were disregarded by the U.S. and EC. They encouraged the ‘war part‎y’ in Kiev. “They never found a fault with Kiev, whatever they do”, said the source.

Peace in Ukraine can be reached through federalisation, my source told me. That’s why the two most important parameters of the Minsk accords (between Kiev and Donetsk, in September, 2014) were those we never hear about: constitutional and socio-economic reforms. Russia wants to secure the territorial integrity of the Ukraine (minus Crimea), but it can be achieved only through federalisation of Ukraine with a degree of autonomy being given to its regions. Its west and east speak different languages, worship different heroes, have different aspirations. They could manage together, just, if the Ukraine were a federal state, like the U.S. or Switzerland or India.

In Minsk, the sides agreed to establish a joint commission for constitutional reforms, but the Kiev regime reneged on it. Instead, they created a small and secretive constitutional committee of the Rada (Parliament). This was condemned by the Venice Commission, a European advisory body on constitutional matters. The Donetsk people wouldn’t accept it, either, and it is not what was agreed upon in Minsk.

As for integration, it was agreed in Minsk to reintegrate Donbass within Ukraine. This was disappointing for Donbass (they would prefer to join Russia), but they accepted it, – while Kiev laid siege to Donbass, cut off its banks, ceased buying Donbass coal, and stopped paying pensions. Kiev troops daily shell Donetsk, a city of a million inhabitants (in peaceful times!). Instead of amnesty for rebels, as agreed in Minsk, there are more government troops pouring eastwards.

The Russians did not give up on Minsk accords. The Minsk agreements could bring peace, but they have to be implemented. Perhaps President Poroshenko of Kiev would like to, but the Kiev war party with its western support will unseat Poroshenko if he goes too far. Paradoxically, the only way to force him to peace is through war, – though Russia would prefer the West to put pressure on its clients in Kiev. The rebels and their Russian supporters used warfare to force him to sign the Minsk accords: their offensive against Mariupol on the Sea of Azov was hugely successful, and Poroshenko preferred to go to Minsk in order to keep Mariupol. Since then, Kiev and Donetsk had a few cease-fires, they exchanged POWs, but Kiev refuses to implement the constitutional and socio-economic demands of Minsk accord.

It does not make sense to agree to a cease-fire if Kiev only uses it to regroup and attack again. The cease-fire should lead to constitutional reform, said my source, a reform negotiated in an open and transparent dialogue of the regions and Kiev. Without reform, Donbass (or Novorossiya) will go to war. So the Debaltseve operation can be considered a way to force Poroshenko to sue for peace.

Russia does not intend to take part in the war, or in peace negotiations, said the source. The Russians are adamant to stay out, while the Americans are equally adamant to present Russia as a side to conflict.

Meanwhile, Russian-American relations were moved forty years back to the Jackson-Vanik amendment of 1974 by the Ukraine Freedom Support Act of 2014. U.S. Secretary of State John Kerry considered this act an unfortunate development, but a temporary one. The Russians are not that optimistic: for them, the Act codified anti-Russian sanctions. The U.S. has tried to turn other states against Russia, with some success. In one sweep, the German Kanzlerin (female chancellor) Angela Merkel eliminated all organisations, structures and ties built between Germany and Russia over many years. Every visit of Joe Biden causes a conflagration.

The Russians are upset with the story of the Malaysian Boeing. In every high-level encounter with the Americans, they are reminded of the hysterical accusations and claims that the liner was downed by the rebels using Russian missiles. Six months have passed since the tragedy; still the Americans have not presented a single shred of evidence of Russian and/or rebel involvement. They have not presented photos from their satellites, nor records of their AWACS aircraft hovering over Eastern Europe. My source told me that the American high-ranking officials do not insist anymore that Russians/rebels are involved, but they stubbornly refuse to apologise for their previous baseless accusations. They never say they are sorry.

Still, the Americans want to play ball. They insist that they do not seek Russian ‘surrender’, that they find the confrontation costly and unwelcome; meanwhile, the U.S. needs Russian support for dealing with Iran’s nuclear programme, the removal of Syrian chemical weapons, and the Palestinian problem. The Russians retort they have heard it all during the Libyan affair and aren’t impressed.

Differences of opinion between Russia and the U.S. are considerable. But there is one common feature: from Syria to Donbass, Russians endorse peace, Americans push for war. Now the Russians have invited opposition figures and government representatives from Syria for talks in Moscow. They came, talked, went away and will come again. They could probably settle but the U.S. representatives say that they will never accept Assad’s presidency and will fight to the last Syrian for his dismissal. It is not that Americans are bloodthirsty; war makes sense for them: every war on the globe supports the U.S. dollar and invigorates Dow Jones, as capital seeks safe haven and finds it in the U.S.

They do not think about the fate of Syrians who flee to Jordan-or of Ukrainians who escape to Russia in ever increasing numbers. What a shame for two wonderful countries! Syria was peaceful and prosperous, the diamond of the Middle East until ruined by the U.S.-supported Islamists; the Ukraine was the wealthiest part of the former Soviet bloc, until being ruined by the U.S.-supported far-right and oligarchs. Joseph Brodsky bitterly predicted in 1994, as the Ukraine declared its independence from Russia, that the shifty Ukrainians will still evoke Russian poetry in their mortal hour. This prophesy is about to be fulfilled.

Israel Shamir is a Russian writer and journalist. Originally from Novosibirsk, Siberia, Shamir moved to Israel in 1969. [Wikipedia]