US Secretary of State Mike Pompeo has renounced a 50-year-old US policy that Israeli settlements are contrary to international law and an impediment to a two-state solution.  In the event of annexation, Israel’s popularity on the world stage would fall from bad to worse.

US Secretary of State Mike Pompeo has hit another home run in the pro-Israel baseball derby.

On Tuesday, he renounced a 50-year-old US policy that Israeli settlements were contrary to international law and an impediment to a two-state solution.

As recently as 2016, the administration of Barack Obama permitted passage of a UN Security Council resolution condemning Israeli settlements, which raised the ire of Israeli Prime Minister Benjamin Netanyahu and the Israel lobby.

Pompeo offered several justifications for his decision. One was that the settlement issue was outside the jurisdiction of international law and that it was thus a matter for Israeli courts to decide.

If annexation happened, Israel would certainly exclude or disenfranchise the four million Palestinians living in the West Bank and Gaza. Otherwise, it would become a minority-Jewish state in which Palestinians would wield enormous political power. It’s hard to see that happening.

The underlying assumption of Pompeo’s claim regarding the law is that the West Bank and Gaza are not sovereign territories nor even occupied territories, but rather Israeli territory. Otherwise, Israeli courts would not have jurisdiction over them. From there, it’s only a hop, skip and jump to Israeli annexation of all of Palestine.

In the event of annexation, Israel would be making itself even more unpopular than it already is on the world stage. International reaction to Pompeo’s decision has already been hostile. 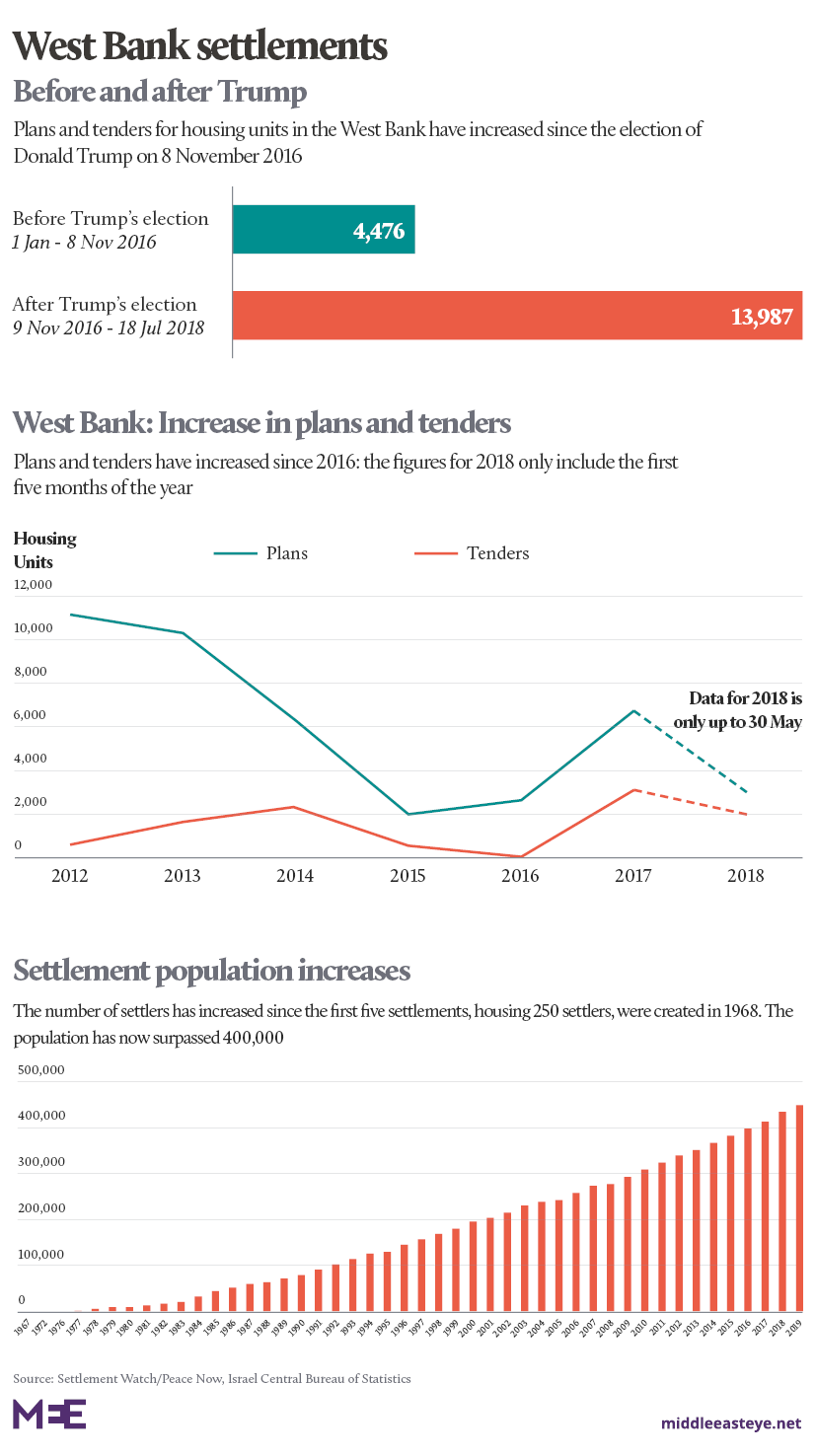 It’s more likely, then, that Israel would create a Bantustan-like system in which Palestinians would be fobbed off with some form of self-governing authority, which would allow Israel to claim they were exercising self-determination.

There are only a handful of outlier nations which endorse Israel’s occupation of Palestine. The United States is one of them. That turns the US into the same sort of a pariah state that Israel is. Further, it will strengthen the hand of the Boycott, Divestment and Sanctions (BDS) movement and the international campaign for Palestinian rights.

The European Union and UN human rights office have both already opposed this new move and reaffirmed their own opposition to settlements. Decisions like the recent directive of the European Court for Human Rights that settlement products must be labelled as such in European markets will prove more popular.

Pompeo’s new policy should also put pressure on Democratic presidential candidates to take more forthright stands on the Israel-Palestine question. Thosecandidates and liberal Israel lobby groups like J Street will come under increasing pressure to recognise the bankruptcy of the two-state solution.

That group’s founder, Jeremy Ben-Ami, released a milquetoast statement urging Congress to reject White House policy by reaffirming the two-state solution. But the fact is that Congress doesn’t make foreign policy. The president does. Congress is an after-thought when it comes to these matters and such a vote would have no legislative impact.

But Pompeo’s announcement and the Trump administration’s approach to Israel is squeezing the life out of this option like a boa constrictor wrapping round its prey. 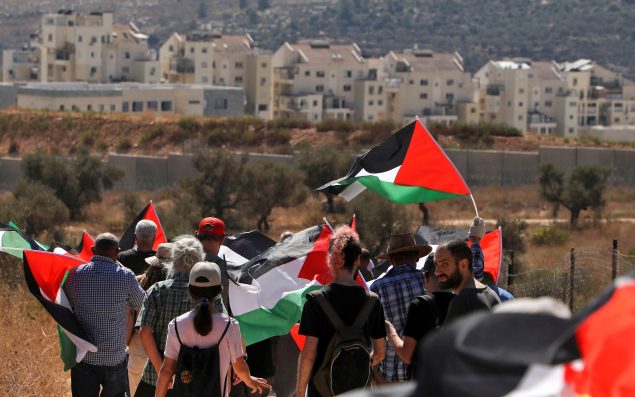 Palestinian and foreign demonstrators raise the Palestinian flag in Bilin opposite the settlements bloc of Modiin Illit (background) in the occupied West Bank on October 4, 2019 (Photo by ABBAS MOMANI / AFP)

There is some important political context to this decision as well: news reports have noted that relations between Trump and Netanyahu have cooled considerably since the Israeli leader ran in two elections, in which he failed to win enough seats to form a new government.

Trump, as everyone knows, only likes winners, and Netanyahu is definitely not a winner anymore. Now we’re facing the prospect of a likely third election. It would appear that either Netanyahu or a major pro-Israel donor like Sheldon Adelson has prevailed upon Trump to throw the prime minister a bone he can use in the upcoming fight.

The Israeli leader can now say that not only did he wrangle US recognition of Jerusalem as Israel’s capital and the Golan Heights as Israeli territory, but a stamp of legitimacy for Israeli settlements as well.

Trump is also furious with the state department officials testifying en masse in congressional impeachment proceedings. Trump blames Pompeo for their perfidy, even though they’re testifying against his direct orders.

Ultimately, Pompeo has no control over them and their decisions in this matter. But that doesn’t stop Trump, the ultimate malignant narcissist, from judging anyone who doesn’t do his full bidding as a traitor.

Thus, the Pompeo announcement is meant as a peace offering from the secretary of state to his unhappy boss. The former can argue that he’s done a big favour for Israel and thus for Trump himself, who has a soft spot in whatever is left of his heart for Israel that does not, however, apply to American Jews.