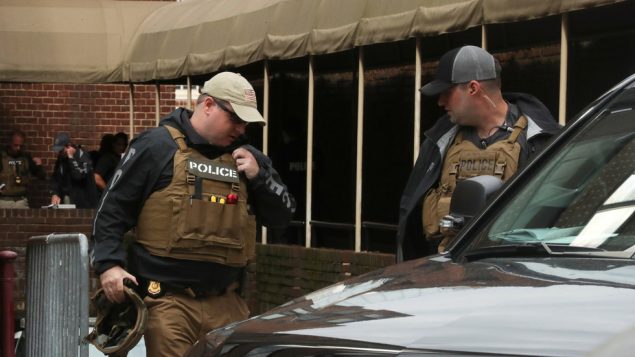 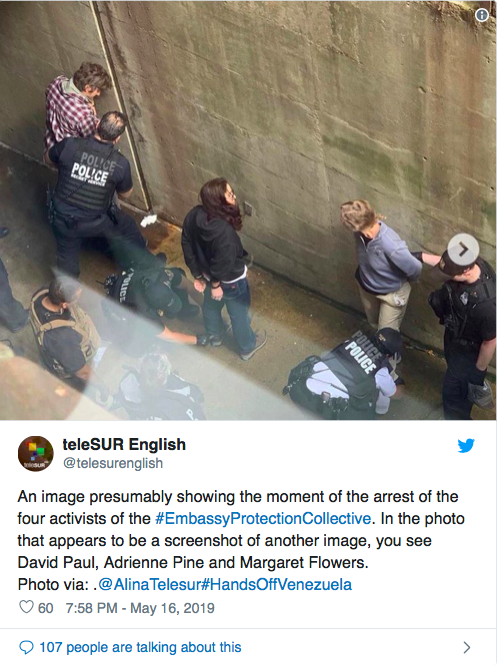 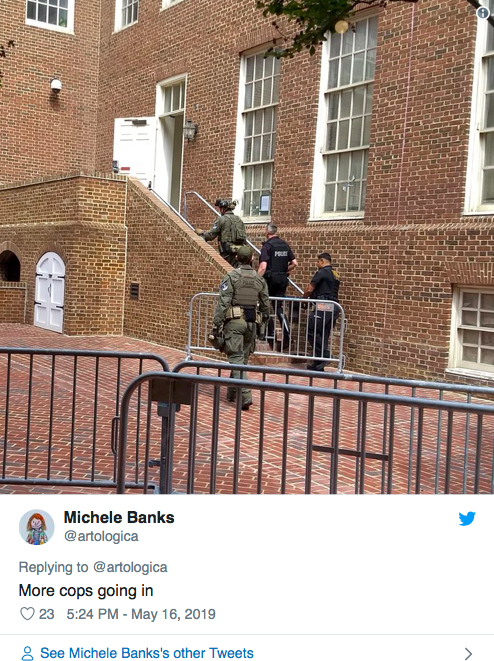 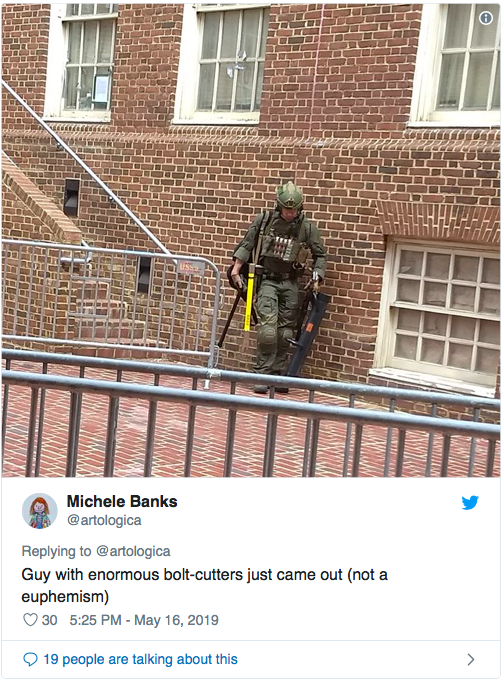 Shortly after the break-in, an ambulance arrived at the scene and a gurney was wheeled inside. It is still unclear who needed the help and why. 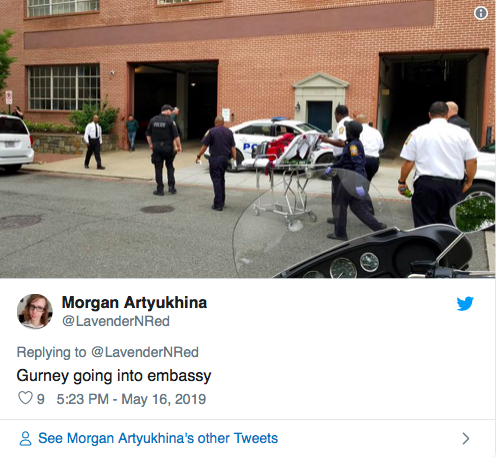 Venezuela had not authorized US authorities to enter the building, Vice-Minister for North American Relations, Carlos Ron, wrote on Twitter. Under the 1961 Vienna Convention, embassies are considered sovereign territory of the government they represent, making the action a violation of international law. 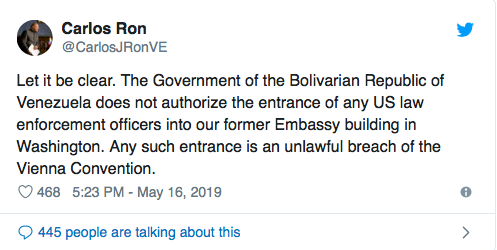 Despite the failure of self-declared ‘interim president’ Juan Guaido to launch a coup last month, US authorities continue to recognize his government as the legal authority in Venezuela. A note on the building the day before the raid stated that the US doesn’t recognize the authority of President Nicolas Maduro’s staff, and urged the activists to “depart immediately.”

Conflict between the activists inside the office and supporters of Juan Guaido intensified after the coup effort fell flat. Crowds of people opposed to Maduro’s government have been gathering outside the premises attempting to blockade the people inside from receiving food and other vital resources. Police arrested several people for attempting to throw food and hygiene supplies in, while authorities cut off the power and water supply.
Editors’ Note: While we don’t necessarily share the views we publish on New Cold War, we do attempt to provide readers with a range of views. This is because your right to make your own mind up depends on your being fully informed.
Share
Tweet
Share
Pin