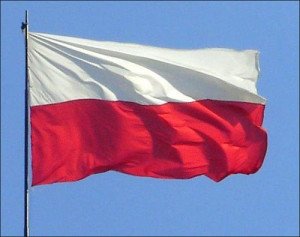 President of the European Parliament Martin Schulz, a German Social Democrat and thereby representative of Angela Merkel’s ruling coalition, is a man known for turning a vicious tongue on his political opponents. In statements about Poland’s government and its new press laws quoted by the Frankfurter Allgemeine newspaper on 9 January, Schulz does not disappoint. Betraying his Russophobe vocabulary when choosing insults to hurl at Warsaw, Schulz lobbed the following grenade:

The Polish government treats its electoral victory as a mandate to subordinate the wellbeing of the state to the interests of the victorious party, including personnel. This is controlled democracy in the manner of Putin, a dangerous Putinization (Putinisierung) of European politics.

The immediate context for this sharp rebuke is controversial new laws allowing the government in Warsaw to appoint the directors of the public TV and radio services, as well as civil service directors. This and an alleged attack on the independence of the constitutional court will be the subject of a debate on rule of law in Poland scheduled to be held in the European Commission on 13 January. If the determination is made that Poland indeed is in violation of European law, the penalty could be to suspend its voting rights in the European Council, a particularly awkward turn of events given that its own former premier Donald Tusk, from the opposition party, happens to be the Council president.

That Poland under the control of Jaroslaw Kaczynski’s Law and Justice Party would quickly join Viktor Orban’s Hungary as a ‘bad boy’ of the European Union was a foregone conclusion given the party’s well known Euroskeptic and nationalist positions.  In recent weeks, Poland stood out as a leading nay-sayer to calls from Brussels for sharing the burden of receiving the wave of refugees arriving from the Syria and the Greater Middle East. Polish criticism of the open borders policy championed by Angela Merkel has been stinging.

A couple of objective reasons support this Polish vehemence on the refugees. First, from the standpoint of its population, Poland is already overrun by refugees and economic immigrants from Ukraine. Official statistics put their number at about 400,000 in May 2015; word of mouth estimates they number more than a million today. They are without question putting pressure on the local job market at a time when there has still been a net outflow of ethnic Poles abroad looking for better paying work. Secondly, admitting Muslims runs directly against the new government’s stress on protecting and nurturing traditional Catholic religious values.

Indeed, Poland has been quick to take a ‘we told you so’ stand on the New Year’s eve mass violence and sexual assaults outside the Cologne main train station perpetrated by youths from North Africa and the Middle East, including asylum seekers.

Government spokesmen in Warsaw were quick to ask publicly whether any Polish ladies had been among those assaulted in Cologne. And Polish media have used the five-day blackout in Germany on news about the New Year’s eve violence to question the autonomy and social responsibility of German journalism.

But the underlying resentments and mistrust that brought out the vehemence in Martin Schulz’s remarks are directly between Germany and Poland, even if the present arena of conflict is the German-controlled European institutions in Brussels. Both founders of the Law and Justice Party–Jaroslaw Kaczynski and his brother Lech, the Polish president who died in a plane crash outside Smolensk in 2010–were known for bitter feelings towards Germany and relations with Berlin were fraught.  Their party won its return to power in 2015 on campaign promises to free the Polish economy from foreign–meaning German–domination.

The net result of the growing public row may be to unravel one of the key foreign policy achievements of Merkel’s 10 years in power – consolidating her country’s hold over Mitteleuropa.

Gilbert Doctorow is the European Coordinator of the American Committee for East West Accord (ACEWA). His latest book, Does Russia Have a Future? (August 2015), is available in paperback and e-book from Amazon.com and affiliated websites. For donations to support the European activities of ACEWA, write to [email protected]

Rape culture in Germany is not an imported phenomenon, Vice Germany, Jan 8, 2016