By Zlatko Percinic, published in German in Neo Presse (Switzerland), June 24, 2015, translated to English and published on Slavyangrad,org 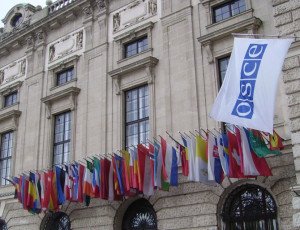 From June 15 to 16, 2015, the Organisation for Security and Cooperation in Europe held a conference at its seat in the Austrian capital Vienna entitled ‘Journalists’ Safety, Media Freedom and Pluralism in Times of Conflict’. Swiss journalist Zlatko Percinic attended the gathering and reports that despite its neutral-sounding theme, more than a few conference sessions featured “heinous anti-Russian propaganda”.

Read his report and view the numerous, related photos here or at the same weblink above.

Zlatko Percinic: “My mission is to counter Western propaganda, especially in the Middle East. The people have a right to obtain alternative information in forming their opinions.”