KIEV – Ukraine’s parliamentary faction Opposition Bloc on Wednesday expressed support for efforts of Russian, German, French and Ukrainian foreign ministers to achieve full implementation of ceasefire agreements reached in February and called on Kiev authorities to start carrying out its obligations under the deal signed in the Belarusian capital of Minsk. 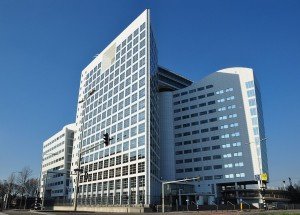 “We have no choice — either Ukraine puts an end to war or war will put an end to Ukraine,” the Opposition Bloc said in a statement.

“Leaders of ‘the war coalition’ will be held accountable — to the extent of facing trial at the Hague tribunal — for sustaining the blockade of the Donbas region and stalling on the Minsk deal, which brings Ukraine new human losses every day,” the statement said.

Members of the Opposition Bloc stressed that they supported the foreign ministers of France, Germany, Russia and Ukraine, who urged the conflicting parties to agree by June 26 on withdrawal of heavy weapons from the disengagement line.

At the same time, opposition deputies demanded that the Ukrainian authorities start implementing those points of the mid-February Minsk ceasefire which could be implemented unilaterally, noting agreement on granting “special status” to the country’s eastern Donetsk and Luhansk regions and ensuring amnesty, distribution of humanitarian assistance and restoration of trade and economic ties, as well as resumption of all social payments and decentralization of government.

“Starting today, these points of the Minsk agreements should be at the top of the agenda for all government bodies,” according to the statement.

The February 12 peace deal struck by leaders of Russia, Ukraine, Germany and France envisaged a ceasefire between Ukrainian government forces and people’s militias starting from February 15.

This was to be followed by withdrawal of heavy weapons from the line of military engagement by at least 15 kilometers (9 miles), prisoner release and agreement for international observers to monitor the truce.

Based on September’s stillborn Minsk peace protocol, the deal also laid out a road map for a lasting settlement in Ukraine, including local elections and constitutional reform to give the war-torn eastern regions more autonomy.