The Olympic Movement: Heading for a split?

The campaign to ban Russian athletes from participating in the Rio Olympics will over time result in parallel sporting events being created.

The following article was written on July 19, soon after the issuing of the investigation report by the World Anti-Doping Agency into accusations of widespread use of performance-enhancing drugs by the Russian track and field team. The report proposes that all Russian athletes be excluded from the Summer Olympic Games in Rio De Janeiro scheduled to open on August 5.The International Olympic Committee is now considering this and other recommendations in the report. 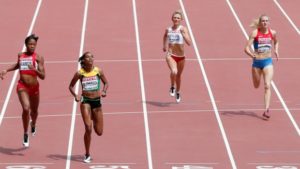 As of the time of writing, there is no information about the decision the International Olympic Committee will take in response to the World Anti-Doping Agency (WADA) report. [See IOC announcement below, making no initial decision.] Indications point to an outright ban on the Russian team from participating in the Olympic Games in Rio.

I would add that WADA seems to be lobbying to ban Russia not just from the Olympic Games in Rio but from all international sports competition.  That would presumably include the World Cup due to take place in Russia in 2018. If Russia is banned from the Rio Olympics – as I expect – then I would not be surprised to see a renewed campaign to strip Russia of the World Cup.

I would like to make a few further points:

(1) My objections to the WADA report and to the whole way in which this affair is being conducted centre on the lack of due process, the abandonment of fundamental principles of fairness and the meting out of collective punishment against Russian athletes based on their nationality. I do not say that there was no doping problem within Russian sports. The Russian authorities admit there was. The problem is that the manner in which this affair has been conducted makes it impossible to trust the findings in the WADA report. There would need to be a far more detailed and thorough investigation – one which questioned all the individuals concerned and which made all its evidence public – before findings of the sort made by the WADA report could be confidently accepted. However, I want to emphasise that even if all the claims of systematic state sponsored doping by the Russian authorities made in the WADA report are true, they would still not in my opinion justify a blanket ban on Russian athletes, many of whom may be wholly innocent. Nor would they entitle the sports authorities to strip Russian athletes of the presumption of innocence. Rather what they should result in is lifetime bans on all those involved and criminal action against them.

(2) In light of the absence of press coverage of the case, for the reasons I have discussed previously, I no longer have much hope of the case in Lausanne. I am not saying, by the way, that there are secret communications between those behind the campaign to ban Russian athletes and bodies like the IOC, the IAAF and the Court in Lausanne.  The trouble is that since international sports became wholly professionalized, the sort of sports administrators and officials who make up these organisations are too heavily involved in the commercial world, dominated by Western money and Western interests, to risk their careers by taking a stand.  I remember Lord Killanin, the President of the IOC at the time of the Moscow Olympic boycott in 1980, when Olympic sports were still nominally amateur. People like him were immune to the kind of pressure we are seeing today. In the very different world of today, sports administrators and officials are no longer so immune, which is why I have no great hopes of either the IOC or the Court in Lausanne.

(3) It seems to me that those behind the campaign to ban Russian athletes from participating in the Rio Olympics appear once again to have miscalculated the Russian reaction.  When the allegations of systematic state sponsored doping first circulated last year I suspect they expected the Russians to respond according to their Hollywood stereotype: with defiance, bluster and threats, and with a complete refusal to cooperate.  That would have made it much easier – though still wrong – to justify a call for a blanket ban. Instead, the Russians responded in a more sophisticated way – admitting there was a problem, offering cooperation and putting in place arrangements which would satisfy any reasonable person that any Russian athletes who competed in Rio would do so cleanly.

Predictably, that only made those behind the campaign angry, and even more determined to have their way. The result is the campaign we have seen over the last few months – which I discussed in my previous article – and the latest WADA report and the way it was published, which finally caused the mask to slip and made the politicised nature of the campaign all too obvious. This has put Putin in the position where he could convincingly make the statement made yesterday pointing to the political motives behind the campaign. Whilst the Western public knows nothing of any of this, the public in Russia and sports bodies and officials around the world of course do, and are now perfectly aware of who is actually behind the campaign and of the true reasons for it.

(4) Notwithstanding this, I do not expect any other country to boycott the Olympics in solidarity with Russia, and I do not expect the Russians to call for such a boycott. Howeve,r with sports bodies and sports officials around the world having seen the ruthless way the Western powers have conducted themselves in this affair, some of them will no doubt be asking the question: who is next? Whilst I don’t expect there to be a formal secession from the Olympic movement, I predict that over time parallel sporting events will be established – just as is happening in the world of global finance with the parallel financial institutions that are now being created by China, and as is of course also happening in the world of international media – if only as a means of insurance against something like this happening again.

With sports now wholly professionalised and with the Russians and Chinese able easily to cap any cash rewards athletes get for winning, I would not be surprised if these events attract more and more of the best athletes, including in time those from the West. Though there will probably not be a formal split, the dominance of the Olympic movement in world sport will as a result diminish.

Statement of the Executive Board of the International Olympic Committee on the WADA Independent Person Report, July 19, 2016

‘Blanket ban on Russian athletes at Rio Olympics is not justice’, RT.com, July 19, 2016