By Robert Scheer, Editor-In-Chief of Truthdig, published on Truthdig, June 16, 2017 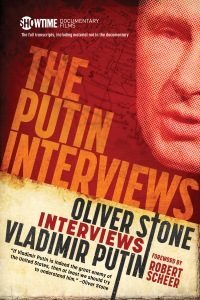 Thirty years ago, as a Los Angeles Times correspondent, an assignment led me to the inner sanctum of the Politburo, that darkly mysterious and all-powerful center of the Soviet Union, as its leader Mikhail Gorbachev was initiating his ambitious drive for openness and change. His Perestroika, or restructuring of the Soviet government, would inevitably—if inadvertently—end the brutal Communist experiment to mold a brave new world of disparate ethnicities, cultures, and religions spanning one-sixth of the planet’s land mass.

My interview was with propaganda chief Alexander Yakovlev, the Politburo’s most liberal member and a close Gorbachev ally, while down the hall I would later knock on the door of Gorbachev’s No. 2 man, Yegor Ligachev, depicted most often as the strongest opponent of Perestroika. I didn’t encounter the less-defined figure of Boris Yeltsin, who would become Russia’s first president when the Soviet Union collapsed four years later. Yeltsin would come to appoint former KGB lieutenant colonel Vladimir Putin, part of the reform faction, to join his administration, and on December 31, 1999, when Yeltsin resigned, he named Putin acting president. The following year, Putin would be elected to the office, soundly defeating the Communist Party candidate.

In a historic and immensely important series of interviews filmmaker Oliver Stone has conducted with Putin, which is the subject of this book and a four-part Showtime network documentary, Putin states he believed that with the Soviet Union’s collapse, the Cold War was over, and with it the endless threats of confrontation. But that was not to be.

Although Putin discarded Communism as an ideology and indeed embraces the traditions of Russian Orthodox Christianity, he remains a fervent nationalist, determined that Russia be granted the respect he strongly believes it deserves. That means deference to its historic concerns over its borders and the treatment of Russian-speaking people who, with the collapse of the Soviet Union, suddenly found themselves thrust outside newly drawn borders, Ukraine being a prime example.

In his discussion with Stone, Putin credits Gorbachev with recognizing that profound change was required in a failing Soviet system, but he faults him for his naïveté regarding the immense obstacles to that change at home and, more importantly, in the United States. Putin is dismissive of Gorbachev’s belief that reason would triumph, since both sides of the Cold War—each possessed of the capability to destroy all life on this planet—desired peace.

The central query in the Stone-Putin interviews is how matters devolved to the current state of tension. Thus they are compelling as a key text for understanding this dangerous time. The intermittent conversations between July 2, 2015, and February 10, 2017, occurred during a period when relations between the world’s two most formidable military powers degenerated to a point of suspicion and hostility not witnessed since the end of the Cold War more than a quarter century ago. And as Stone reminds in several pointed exchanges, the tendency of power to corrupt rulers of any country in the name of a false patriotism should be of concern in any nation, Russia most definitely included.

The discussion is respectful, and as Stone states at the conclusion, it gives Putin a chance “to state his side of the story”; but that is a story the film director-journalist questions energetically, considering the continuing controversy over Russia’s role in the world, ranging from its support of the Assad regime in Syria to charges of interference in the 2016 U.S. presidential election. Stone knows much about futile wars and the lies told about them, having served two combat tours in Vietnam, a story he documented in his Academy Award-winning movie “Platoon” and the two others in his brilliant Vietnam trilogy, “Born on the Fourth of July” and “Heaven and Earth.” He explored the subject convincingly in his 2012 10-part revisionist history for Showtime, The Untold History of the United States,” and its 750-page companion volume, which challenges the conventional U.S. Cold War narrative that provides an essential backdrop for this current work.

Putin is no less familiar with the subject, having come to power in Russia on the ashes of a Soviet Union that, despite surviving the immense horrors of the German invasion and 50 million dead, unraveled in the wake of a pointless invasion of Afghanistan. He leads a society that retains enormous military power but is far less successful in its peaceful economic achievements.

These men share a conviction that militaristic hubris is fatal, and both express wariness of ideologies in their respective societies that historically supported imperial adventure. But this is not a conversation of equals, for Stone is very much the questioning artist eager to pursue contradiction and oddities of thought, while Putin makes amply clear that, as guarded as he appears, he is highly mindful of his position as the commander-in-chief of the world’s second most awesome military power, and that his words have consequences far beyond the requirements of interesting filmmaking. Still, there is clearly a mutual, if wary, respect between the two that makes for a candid glimpse into the minds of the powerful, both the ruler and the artist.

For Stone, filmmaking provides a natural outlet for his scorn of the perceived wisdom of his nation’s foreign policy establishment. For Putin, the task is more complicated, being the leader of a nation in profound transition from Soviet Communist ideology to a new Russian national identity that attempts to bridge “a thousand years” of Russian history, spanning eras of the czars to the powerful oligarchs, the Russian version of our crony capitalists.

Putin emerges here as the prophet of a wounded Russian nationalism that, while capable of posing a potent threat, should not be confused with the Communist ideology that preceded his rise to power, and which he clearly views with considerable distaste. That tension provides the leitmotif of this rare glimpse into the workings of Putin’s mind and, in a larger sense, of the quandary of Russia’s place in a much-changed world. The interview begins at a time when few expected the U.S. victory of a populist right-wing candidate who trounced a dozen leaders of the GOP establishment in the primary and went on to defeat the anointed candidate of the Democratic party leadership. By the end of the transcript, less than a month after Donald Trump’s inauguration as president, the lengthy interview comes to an end that is both illuminating and depressing.

In that last session, Stone strenuously pushes Putin to complete the interview in a manner the intellectually aggressive documentarian believes will answer some unanswered questions. That includes controversial aspects of Putin’s 18 years as head of the world’s largest nation, by land mass. Is Putin addicted to power? Does he see himself as the indispensable agent of Russian history? Has the largely unchallenged power he wields corrupted his vision? This is not the first time these topics have been broached, but whereas Stone’s earlier probing seemed welcomed by Putin, there is now a weariness that, he makes clear, is borne not so much from assuming his ideas are unappealing to a Western audience, but rather that they simply will not be heard.

Now facing his fourth American president, and ironically one he is widely accused of having helped elect (which he denies), Putin seems worn down by the effort to break through to any American leadership. He asserts that it, and more importantly the bureaucracy that informs it, inevitably views Russia not as a partner, a word he uses frequently to refer to the United States, albeit with a lacing of sarcasm, but as a convenient scapegoat for its own failures.

At the third interview’s conclusion, Putin asks Stone if he has ever been beaten. Stone assures him, “Oh, yes many times,” to which Putin responds, referring to the projected release of the documentary: “Then it’s not going to be anything new, because you’re going to suffer for what you are about to do.” It is a painful but perhaps accurate prediction, given the current climate of widespread condemnation of yet unproven claims of Russian interference in the U.S. election. Stone replies: “I know, but it’s worth it … to try to bring some more peace and consciousness to the world.”

*  Promo for the book The Putin Interviews, by publisher Skyhorse Publishing

Academy Award winner Oliver Stone was able to secure what journalists, news organizations, and even other world leaders have long coveted: extended, unprecedented access to Russian President Vladimir Putin. The Putin Interviews are culled from more than a dozen interviews with Putin over a two-year span—never before has the Russian leader spoken in such depth or at such length with a Western interviewer. No topics are off limits in the interviews, which first occurred during Stone’s trips to meet with NSA whistleblower Edward Snowden in Moscow and most recently after the election of President Donald Trump.

Prodded by Stone, Putin discusses relations between the United States and Russia, allegations of interference in the U.S. election, and Russia’s involvement with conflicts in Syria, Ukraine, and elsewhere across the globe. Putin speaks about his rise to power and details his relationships with Presidents Clinton, George W. Bush, Obama, and Trump. The exchanges are personal, provocative, and at times surreal. At one point, Stone asks, “Why did Russia hack the election?”; at another, Stone introduces him to Stanley Kubrick’s 1964 Cold War film satire Dr. Strangelove, which the two watch together.

Stone has interviewed controversial world leaders before, including Hugo Chavez, Fidel Castro, and Benjamin Netanyahu. But The Putin Interviews, in its unmediated access to one of the most enigmatic and powerful men in the world, can only be compared to the series of conversations between David Frost and Richard Nixon we now refer to as “The Nixon Interviews” of 1977. The book also contains references and sources that give readers a deeper understanding of the topics covered in the interviews and make for a more robust reading experience.

*  Reviews of  The Putin Interviews:

Oliver Stone’s unprecedented interviews with Vladimir Putin will be a revelation to anyone influenced by the mass media’s years of demonizing Russia’s leader. The discussions in this book range from the personal to the political, from Russia to America, from little-known episodes to today’s international headlines. The Putin who emerges is deeply committed to Russia’s national interests, but in ways that should make him America’s essential national security partner—not, as is so often insisted, its ‘No. 1 enemy.’ Indeed, anyone concerned by the many crises afflicting our world today should seize this opportunity to hear directly from the most consequential national leader of the early twenty-first century.
– Stephen F. Cohen, Professor Emeritus of Russian Studies & Politics, New York University and Princeton University

Oliver Stone’s The Putin Interviews is a desperately-needed antidote to the anti-Russia hysteria gripping the U.S. When one takes the opportunity to spend time with Vladimir Putin through the interviews, one cannot help but see his humanity, intelligence, and complete lack of antipathy towards the U.S. Indeed, Putin constantly refers to the U.S. as a ‘partner,’ and, in a humorous twist, frequently chides Stone for being too critical of the United States. After reading this book, one will wonder why we cannot view Russia in turn as a partner and a friend, especially at a time when our country is so in need of both.
– Daniel Kovalik, labor and human rights lawyer and the author of The Plot to Scapegoat Russia

*  You can watch the four, one-hour episodes of ‘The Putin Interviews’, by director Oliver Stone, on Showtime. Information here.