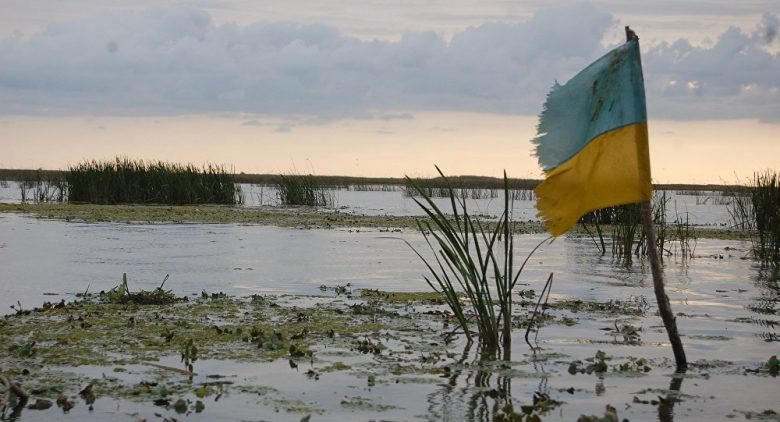 The Ukraine Parliament has marked the month of October with several legislative initiatives aimed at further restricting freedom of speech and suppressing any opposition that could challenge the current regime during future elections.

Early in the month, the Parliament adopted a resolution, at the demand of the president and the National Security and Defence Council, to close two Kiev TV channels (NewsOne and 112UA)[i]. The majority of deputies believe that the two TV channels “aid terrorism and separatism,” even though they explicitly follow the official line regarding the war in Donbass. But sometimes they not only give a voice to pro-government speakers but also the opposition. According to the resolution’s authors, there are occasions when the media “acts like an enemy’s informational subversive group”.

Previously, other pro-government deputies, such as billionaire Alexander Shevchenko, initiated a strange draft bill, to ban the “Russian world”[ii], in order to restrict Russian cultural influence. The concept of the “Russian world” is not clearly specified in the draft bill but it implies severe punishment (5-6 years imprisonment) for propaganda disseminating the Russian culture and language. No less strange is that the deputies propose to equate Russian culture to “national socialism” and ban it, according to the law that bans communism and national socialism. In this context, it should be remembered that Kiev has formally banned National socialism, but another law considers the Ukrainian Nazis, who fought for the Third Reich, as ‘non-Nazis’ –  “fighters for Ukraine” –  in this way excluding them from the ban. Thus, the Kiev regime adheres to a typical substitution of notions: Russian culture is to be considered ‘national socialism’ and banned, while historically the SS Nazis are seen as ‘non-Nazis’ – as long as they were of Ukrainian origin.

A further bill (#9068 “On informational security”) was recently introduced by pro-government deputies to limit freedom of speech. It implies severe punishment for “Russian propaganda”. In particular, the bill aims to impose only one possible narrative in the media: Russia should only be referred to as “the country of the aggressor”, while the Donetsk/Lugansk republics are merely called “terrorists”.

Later, on October 11, Ukraine’s deputies initiated a draft bill to ban “homosexual propaganda”[iii], in violation of LGBT rights. A further initiative came from Kiev deputies the following week: a group of parliamentarians introduced a draft bill aimed at sanctioning a number of Ukrainian artists and singers for their concerts in or tours of Russia. According to the deputies, “this should be the logical sequence of the struggle against separatism at all levels[iv].” The Ukrainian singers, bands and artists on this list are accused of “not blaming Russia” and their concerts in Ukraine are frequently being stormed by Nazi or ultra-nationalist groups.

As a consequence, we can see that the violation of freedom of speech in Ukraine is gradually reaching the level where a certain required narrative is imposed in all public spheres. In other words, it is not enough to be silent and non-critical towards the government – everyone must join the chorus of the government supporters.

Many of the draft bills mentioned above are unreasonable but the aim of these initiatives is to please the far-right minority in Ukraine. The point is, although the Kiev government has a very low level of popularity, it hopes to be re-elected with the help of the far-right gangs, which would attack and violently suppress any opposition.

In his recent speech at the Parliament, President Poroshenko clearly stated that he would never allow “pro-Russian revenge”[v]during subsequent elections. Within a week, his words were echoed by the leader of the group forming the neo-Nazi right that fights against Donbass, even though these armed groups have no legal status in Ukraine. Its founder, Dmytro Yarosh, stated at the end of October that their armed groups (called the Ukrainian Volunteers’ Army, which is not a part of legal armed forces) leave the Donbass frontline to move inside Ukraine and prevent “pro-Russian revenge”[vi]during the next election. During his speech, Yarosh claimed that they would work “in cooperation with government structures” and warning that they are going to kill any opposition. “If there is a need to kill – we’ll kill them”[vii], said he, addressing the message to the opposition deputies. In other words, Ukraine is being prepared to become a sort of Latin-American dictatorship of the 1960-70s, where unpopular dictators remained in power for decades due to their “death squads.”

To corroborate their plans, in October far-right groups assaulted the offices of several Ukrainian opposition parties, accusing them of being “pro-Russian”. In almost every case of assault by the far-right, the aggressors remain unpunished and have therefore acquired a sense of impunity. On October 14, neo-Nazis assaulted the offices of the opposition parties “Ukrainian Choice” and the Social-Democratic party of Ukraine. Earlier, they had smashed up the offices of the new opposition party “Reasonable Force,” which united some activists of the banned Communist Party. The “pogrom” of their offices, as the party activists referred to it, was triggered by their collecting signatures under the Declaration of Peace with a demand to stop military conflict in Donbass. In Ukraine’s current situation, pro-government paramilitary squads consider any call to peace as an “aid to the enemy.”

“Any calls for the restoration of peace in Ukraine today invariably meet counteraction from government structures. This is not just strange – it is wild, absurd, unthinkable – but it happens, nevertheless. The current government is striving to continue the war with all its forces: stirring up hatred, stirring up the conflict, in every way provoking the aggravation of the situation.”

Although, the security forces also ‘work hard’ to prevent an emergence or rise of any opposition force in Ukraine. On October 22th, Kiev media reported the arrest of a Ukrainian businessman Timophei Nagorny, who is accused of an attempt to form a “pro-Russian political party”[ix].

Every repressive measure is being actively used by the Kiev regime to hold power in its hands – it’s a matter of survival for both the rulers and paramilitary Nazis. In the event of a power change, the investigation of their crimes and corruption may lead to their long-term imprisonment. And this is the only possible method for them to hold power because the IMF have imposed measures that give the rulers no chances for their re-election through democratic voting.

In late October, Kiev agreed to raise gas prices again; while the prices for bread, petrol, electricity, transport are also on the rise. Meanwhile, Ukraine officially became the poorest country in Europe[x]. According to the IMF, its GDP per capita in current prices in US dollar terms stands at $2,964.193 in 2018, while even its divided neighbour, Moldova (earlier ranked as the poorest country of Europe), has $3,226.717.

Although, it is precisely the burden of the IMF loans that makes Ukraine so poor – some 40% of its public budget for 2019 should be the payments of debts to the IMF. The G7 ambassadors, including Canada[xi], recently welcomed Ukraine’s further cooperation with the IMF (that is, the raising gas and other prices for Ukrainians).

Encouraged by support from the West, on October 22 Ukraine’s President Poroshenko made an announcement concerning the raising of prices, during which he also added that he will never agree to lowering gas prices because it would mean “returning Ukraine to Russia”[xii]. He blamed the political forces that demand prices are kept at the current level or lowered, calling all of these political forces ‘populist’ and ‘pro-Russian’. And this is precisely the reason why western countries turn a blind eye to all the political repression, violation of freedom of speech, assaults by neo-Nazis and repressive legislative initiatives in Ukraine. Thus, Poroshenko, being very unpopular inside the country, tries to convince his western partners that his presidency is the only guarantee for keeping Ukraine anti-Russian. But this also makes western governments responsible for the neo-Nazi assaults and Ukrainians poor and freezing during the winter.