While climate scientists warn that climate change could be catastrophic, economists such as 2018 Nobel prize winner William Nordhaus assert that it will be nowhere near as damaging. In a 2018 paper published after he was awarded the prize, Nordhaus claimed that 3°C of warming would reduce global GDP by just 2.1%, compared to what it would be in the total absence of climate change. Even a 6°C increase in global temperature, he claimed, would reduce GDP by just 8.5%.

If you find reassurance in those mild estimates of damage, be warned. In a newly published paper, I have demonstrated that the data on which these estimates are based relies upon seriously flawed assumptions.

While climate scientists warn that climate change could be catastrophic, economists such as 2018 Nobel prize winner William Nordhaus assert that it will be nowhere near as damaging. In a 2018 paper published after he was awarded the prize, Nordhaus claimed that 3°C of warming would reduce global GDP by just 2.1%, compared to what it would be in the total absence of climate change. Even a 6°C increase in global temperature, he claimed, would reduce GDP by just 8.5%.

If you find reassurance in those mild estimates of damage, be warned. In a newly published paper, I have demonstrated that the data on which these estimates are based relies upon seriously flawed assumptions.

Nordhaus’s celebrated work, which, according to the Nobel committee, has “brought us considerably closer to answering the question of how we can achieve sustained and sustainable global economic growth”, gives governments a reason to give climate change a low priority.

His estimates imply that the costs of addressing climate change exceed the benefits until global warming reaches 4°C, and that a mild carbon tax will be sufficient to stabilise temperatures at this level at an overall cost of less than 4% of GDP in 120 year’s time. Unfortunately, these numbers are based on empirical estimates that are not merely wrong, but irrelevant.

Nordhaus (and about 20 like-minded economists) used two main methods to derive sanguine estimates of the economic consequences of climate change: the “enumerative method” and the “statistical method”. But my research shows neither stand up to scrutiny.

In the enumerative method, to quote neoclassical climate change economist Richard Tol, “estimates of the ‘physical effects’ of climate change are obtained one by one from natural science papers … and added up”.

This sounds reasonable, until you realise that the way this method has been deployed ignores industries that account for 87% of GDP, on the assumption that they “are undertaken in carefully controlled environments that will not be directly affected by climate change”.

Nordhaus’s list of industries that he assumed would be unaffected includes all manufacturing, underground mining, transportation, communication, finance, insurance and non-coastal real estate, retail and wholesale trade, and government services. It is everything that is not directly exposed to the elements: effectively, everything that happens indoors or underground. Two decades after Nordhaus first made this assumption in 1991, the economics section of the IPCC Reportrepeated it: 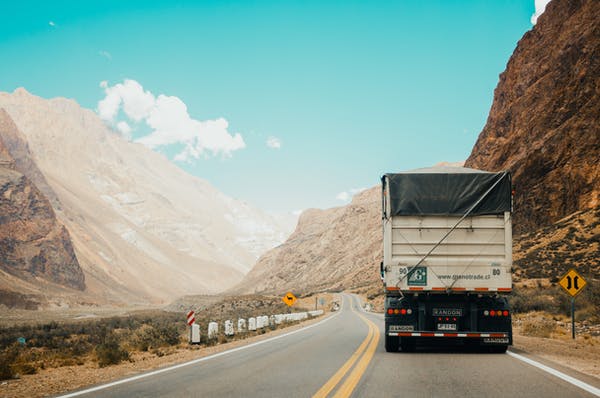 It’s surely obvious that industries such as transport will be affected by the climate crisis. Rodrigo Abreu/Unsplash

This is mistaking the weather for the climate. Climate change will affect all industries. It could turn fertile regions into deserts, force farms – and the cities they support – to move faster than topsoil can develop, create storms that can blow down those “carefully controlled environments”, and firestorms that burn them to the ground.

It could force us to eliminate the use of fossil fuels before we have sufficient renewable energy in place. The output of those “carefully controlled environments” will fall in concert with the decline in available energy. The assumption that anything done indoors will be unaffected by climate change is absurd. And if this is wrong, then so are the conclusions based upon it.

The same applies to the “statistical method”. As I explained in a previous article, this method assumes that the relationship between temperature and GDP today could be used to predict what will happen as the whole planet’s climate changes. But while temperature isn’t a particularly important factor in economic output today, climate change will do much more than simply raise individual countries’ temperature by a few degrees – the disruption it will cause is enormous.

That's not the point, Daniel. We observe that people thrive in very different climates, and that some thrive and others do not in the same climate. Climate determinism therefore has no empirical support.

Nonetheless, these optimistic estimates were used to calibrate Nordhaus’s so-called “damage function”, a simple equation that predicts a small and smooth fall in GDP from a given rise in temperature. But climate change will not be a smooth process: there will be tipping points.

Nordhaus justified using a smooth equation by incorrectly claiming that climate scientists, including Tim Lenton from the University of Exeter, had concluded that there were “no critical tipping elements with a time horizon less than 300 years until global temperatures have increased by at least 3°C”. In fact, Lenton and his colleagues identified Arctic summer sea ice as a critical tipping point that was likely to be triggered in the next decade or two by changes of between 0.5°C and 2°C:

We conclude that the greatest (and clearest) threat is to the Arctic with summer sea-ice loss likely to occur long before (and potentially contribute to) GIS [Greenland ice sheet] melt.

The reason these mistakes are so significant is that, despite the flawed assumptions on which it is based, this work has been taken seriously by politicians, as Nordhaus’s Nobel prize recognises. To these policymakers, a prediction of future levels of GDP is far easier to understand than unfamiliar concepts like the viability of the ecosystem. They have been misled by comforting numbers that bear no relation to what climate change will, in fact, do to our economies.

Steve Keen is Honorary Professor of Economics, at University College London. He was one of the handful of economists to realise that a serious economic crisis was coming our way, and to publicly warn of it from as early as December 2005. This, and his pioneering work on modelling debt-deflation, resulted in him winning the Revere Award from the Real World Economics Review for being the economist whose work is most likely to prevent a future financial crisis. He maintains a highly influential blog on economics and his book Debunking Economics is a classic exposition of why Neoclassical economic theory is not only wrong, but more of a threat to the survival of capitalism than any number of left-wing revolutionaries (a second edition will be published in September 2011).He has over 70 academic publications on topics as diverse as financial instability, the money creation process, mathematical flaws in the conventional model of supply and demand, flaws in Marxian economics, the application of physics to economics, Islamic finance, and the role of chaos and complexity theory in economics
Editors’ Note: While we don’t necessarily share the views we publish on New Cold War, we do attempt to provide readers with a range of views. This is because your right to make your own mind up depends on your being fully informed.
Share
Tweet
Share
Pin