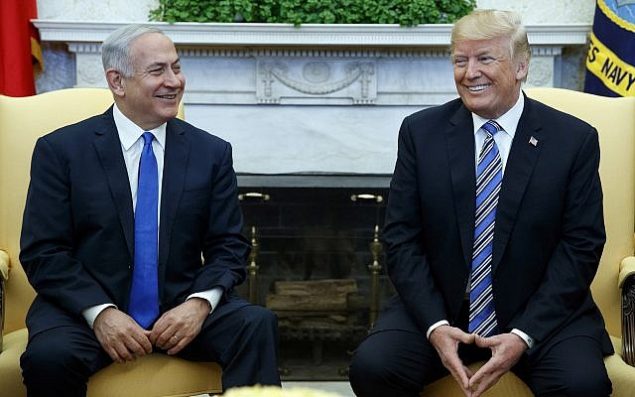 In an unusual if not unprecedented letter, mainstream Jewish organizations, including Reform and Conservative movements, plead with a US president to hold back an Israeli PM

Nine Jewish groups, including five associated with the Reform and Conservative movements, wrote to US President Donald Trump asking him to preserve the two-state solution in the face of a pledge by Prime Minister Benjamin Netanyahu to annex West Bank territory.

The letter is unusual, if not unprecedented, in mainstream Jewish groups pleading with a US president to take steps to restrain an Israeli prime minister.

“We believe that it will lead to greater conflict between Israelis and Palestinians, severely undermine, if not entirely eradicate, the successful security coordination between the State of Israel and the Palestinian Authority, and galvanize efforts such as the Boycott, Divestment, and Sanctions movement that are intended to isolate and delegitimize Israel,” said the letter released early Friday to the Jewish Telegraphic Agency. “It will create intense divisions in the United States and make unwavering support for Israel and its security far more difficult to maintain.”

The warning that annexing territory would “create intense divisions” in the United States was significant coming from the leadership of the two largest religious streams in the United States, with a combined membership that would constitute an overwhelming majority of synagogue-going Jewish Americans. 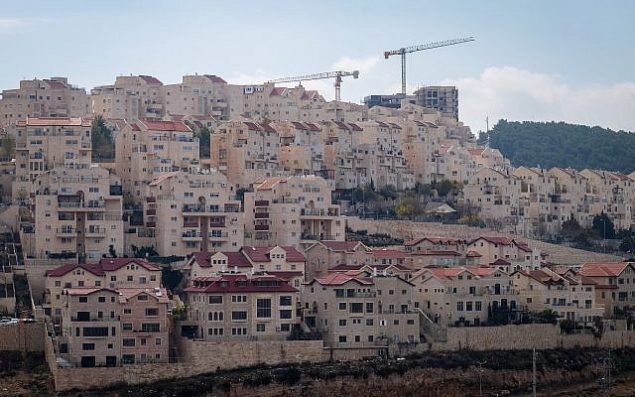 View of houses in the settlement of Efrat on November 27, 2018. (Gershon Elinson/Flash90)

Signing the letter were the Central Conference of American Rabbis and the Union for Reform Judaism, affiliated with the Reform movement; and the United Synagogue of Conservative Judaism, its Rabbinical Assembly, and MERCAZ, the Conservative movement’s Zionist affiliate.

The other four signatories are the Anti-Defamation League, the lead Jewish civil rights advocacy group; Ameinu, a liberal Zionist group; the National Council of Jewish Women; and the Israel Policy Forum, a group focused on reaching a two-state solution. All but IPF are members of the Conference of Presidents of Major American Jewish Organizations.

Notably, around the same time the letter was released, constitutional lawyer and author Alan Dershowitz, one of the best known defenders of Israel, tweeted his support of a two-state solution.

“Mazal tov to @IsraeliPM @netanyahu, who I’ve known since he was a student at MIT,” Dershowitz said. “Waiting for the new peace plan to be implemented. Time for a fair two-state solution that assures Israel’s security.”

Mazal tov to @IsraeliPM @netanyahu, who I’ve known since he was a student at MIT. Waiting for the new peace plan to be implemented. Time for a fair two-state solution that assures Israel’s security.

The letter notes that Netanyahu pledged to extend Israeli law to Jewish settlements just before elections this week, which he won, and warned that its implementation would damage US support for Israel.

“West Bank annexation is a topic that is currently being debated in Israel, and was endorsed right before the election by Prime Minister Netanyahu himself as an electoral pledge,” it said.

“We respectfully request that you affirm long-standing bipartisan consensus that the two-state solution is the essential path to an Israel existing alongside a future state of Palestine in peace and security and that you declare that the United States will not support any Israeli proposals to annex the West Bank, in whole or in part,” the letter said.

Trump has retreated from formal US endorsement of a two-state outcome, although he has suggested that he personally favors it. He has said he will soon release an Israeli-Palestinian peace plan. Two weeks before the election, Trump, in a move seen as boosting Netanyahu’s electoral chances, recognized Israel’s 1981 move to extend Israeli sovereignty over the Golan Heights, which Netanyahu apparently took as a signal that he could forge ahead with similar steps in parts of the West Bank.

In interviews days before the elections, he said he intended to gradually apply Israeli law to all settlements, and that he hoped he could do so with the agreement of the United States.

Times of Israel staff contributed to this article.