Determined to enforce the “group think” on Ukraine, the editors of The New York Times lashed out at Russia for urging an expanded inquiry into last year’s MH-17 shoot-down. But the Times won’t join calls for the U.S. government to release its intelligence on the tragedy, writes Robert Parry. 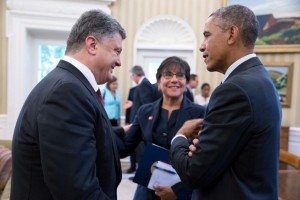 It’s good that Arthur Conan Doyle didn’t substitute The New York Times’ editorial board for Sherlock Holmes in his stories because, if he had, none of the mysteries would have gotten solved or the wrong men would have gone to the gallows.

Thursday’s editorial [July 23] on last year’s shoot-down of Malaysia Airlines Flight 17 reveals that the Times’ editors apparently find nothing suspicious about the dog-not-barking question of why the U.S. government has been silent for a full year about what its intelligence information shows.

This reticence of U.S. intelligence is especially suspicious given the fact that five days after the July 17, 2014 tragedy which killed 298 people, the U.S. Director of National Intelligence rushed out a “government assessment” citing “social media” and pointing the finger of blame at ethnic Russian rebels in eastern Ukraine and the Russian government.

But once U.S. intelligence analysts had time to evaluate the satellite photos, electronic intercepts and other data, the U.S. government went silent. The pertinent question is why, although that apparently is of no interest to the Times. Its editorial is aimed against Russia for seeking a more inclusive investigation, which the Times does find suspicious. [See ‘Russia submits its draft resolution on MH17 crash in Ukraine to UN Security Council‘, TASS, Tuesday, July 20, 2015.]

“On the face of it, that looks like an accommodating gesture from the government that is backing the Ukrainian separatists believed to have fired the fatal missile on July 17, 2014, and that probably supplied it to them. It’s not.

“The real goal of the draft resolution Russia proposed on Monday at the Security Council is to thwart a Dutch-led criminal investigation of what happened and a Western call for a United Nations-backed tribunal.”

So, the Times castigates the Russians for seeking to involve the United Nations Security Council and the International Civil Aviation Organization in the slow-moving Dutch-led inquiry, which includes the Ukrainian government, one of the possible suspects in the crime as one of the investigators. But the Times takes no notice of the curious silence of U.S. intelligence.

If the Times really wanted to get at the truth about the MH-17 case, its editorial could have cited a public memo to President Barack Obama from an organization of former U.S. intelligence officials who urged the President on Wednesday to release the U.S.-held evidence.

“As the relationship with Moscow is of critical importance, if only because Russia has the military might to destroy the U.S., careful calibration of the relationship is essential,” wrote the Veteran Intelligence Professionals for Sanity, a group first created to challenge the bogus intelligence used to justify President George W. Bush’s Iraq invasion in 2003.

The memo signed by 17 former officials, including Pentagon Papers whistleblower Daniel Ellsberg, continued: “If the United States signs on to a conclusion that implicates Russia without any solid intelligence to support that contention it will further damage an already fractious bilateral relationship, almost certainly unnecessarily. It is our opinion that a proper investigation of the downing would involve exploring every possibility to determine how the evidence holds up. …

“What is needed is an Interagency Intelligence Assessment – the mechanism used in the past to present significant findings. We are hearing indirectly from some of our former colleagues that the draft Dutch report contradicts some of the real intelligence that has been collected. …

“Mr. President, we believe you need to seek out honest intelligence analysts now and hear them out, particularly if they are challenging or even opposing the prevailing group-think narrative. They might well convince you to take steps to deal more forthrightly with the shoot-down of MH-17 and minimize the risk that relations with Russia might degenerate into a replay of the Cold War with the threat of escalation into thermonuclear conflict. In all candor, we suspect that at least some of your advisers fail to appreciate the enormity of that danger.” [See full statement: ‘Obama Should Release MH-17 Intel,’ by Veteran Intelligence Professionals for Sanity (VIPS), in Consortium News, July 22, 2015.]

Along the same lines, I was told by one source who was briefed by some current analysts that the reason for the year-long U.S. silence was that the evidence went off in an inconvenient direction, toward a rogue element of the Ukrainian government, rather than reaffirming the rush-to-judgment by Secretary of State John Kerry and DNI James Clapper implicating the ethnic Russian rebels in the days after the shoot-down.

According to Der Spiegel, the German intelligence agency, the BND, had a somewhat different take but also concluded that the Russian government did not supply the Buk anti-aircraft missile suspected of shooting down the passenger jet. Der Spiegel reported that the BND believed the rebels used a missile battery captured from Ukrainian forces.

Yet, whatever the truth about those intelligence tidbits, it is clear that the U.S. intelligence community has a much greater awareness of what happened to MH-17 – and who was responsible – than it did on July 22, 2014, when the DNI issued the sketchy report. [See Consortiumnews.com’s ‘MH-17 Case Slips into Propaganda Fog‘.]

No update for you

When I asked a DNI spokeswoman on July 17, the first anniversary of the shoot-down, if I could get an update on the U.S. intelligence analysis, she refused, claiming that the U.S. government didn’t want to prejudice the Dutch-led investigation. But, I pointed out, the DNI had already done that with the July 22, 2014 report.

I also argued that historically, investigations into airline disasters have been transparent, not opaque like this one, and that the American public had an overarching right to know what the U.S. intelligence community knew about the MH-17 case given the existential threat of a possible nuclear showdown with Russia. But the DNI’s office held firm in its refusal to provide an update.

The New York Times’ editorial board could have lent its voice to this need for openness. Instead, the Times used the prime opinion-leading real estate of its editorial page to demand obeisance to Official Washington’s prevailing group think on the Ukraine crisis, that everything is the fault of Russian President Vladimir Putin. The editorial stated: “Throughout it all, President Vladimir Putin … has blamed Ukrainian ‘fascists’ manipulated by the United States and its allies for all the troubles in Ukraine. Nobody outside Russia believes this, and the Russians themselves make little effort to conceal their extensive military support for the separatists. …

“The relatives of the people who died on the Malaysian airliner, most of whom were Dutch, deserve answers and justice. There is little question that Russia will block any tribunal. But the Security Council should not be fooled into believing that the Russian counterproposals are an honorable alternative, any more than anyone should be fooled by any of Mr. Putin’s lies about Russia’s military interference in Ukraine.”

The Times’ strident editorial bordered on the hysterical, as if the newspaper was frightened that it was losing control of the permissible narrative derived from its profoundly biased coverage of the Ukraine crisis from its beginning in February 2014 when a U.S.-backed coup overthrew the democratically elected President Viktor Yanukovych.

The Times also put the word “fascists” in quotes – presumably to suggest that Ukrainian brown shirts are just one of Putin’s delusions. The Times insisted that “nobody outside Russia believes this”, suggesting that if you take note of the key role played by Ukraine’s neo-Nazis, you belong in Russia since “nobody outside Russia” would believe such a thing.

Yet, even the Times’ own correspondents have on occasion had no choice but to describe a central reality of the Ukraine crisis – that neo-Nazi and other ultranationalist militias provided the muscle for the February 2014 coup and have served as the point of the spear against ethnic Russians in the east who have resisted the U.S.-backed coup regime.

Just this month, Times correspondent Andrew E. Kramer reported on the front-line fighting in which the Kiev government has pitted the neo-Nazi Azov battalion and Islamic militants (some of whom have been described as “brothers” of the Islamic State) against the ethnic Russian rebels. [See Consortiumnews.com’s “Ukraine Merges Nazis and Islamists.”]

The neo-Nazis and ultranationalists have salso quared off against Ukrainian police and politicians, including firefights and protest marches demanding President Petro Poroshenko’s removal, as reported by the BBC. [Also see Consortiumnews.com’s “The Mess that Nuland Made.”]

But deviation from the “it’s all Putin’s fault” group think infuriates the Times editors into chanting something like the “go back to Russia” insult directed at Americans in the 1960s and 1970s who criticized the Vietnam War. It is just that sort of anti-intellectual conformity that now dominates the debate over Ukraine.

And, unlike Sherlock Holmes who had the astuteness to unlock the mystery of the “Silver Blaze” by noting the dog not barking, the Times editors ignore the curious reticence of the U.S. government in refusing to update its “assessment” of the MH-17 crash. If the editors really wanted to know the truth and achieve some real accountability, the Times would have joined in demanding that the Obama administration end its suspicious silence.

Investigative reporter Robert Parry broke many of the Iran-Contra stories for The Associated Press and Newsweek in the 1980s. You can buy his latest book, America’s Stolen Narrative, either in print here or as an e-book (from Amazon and barnesandnoble.com). You also can order Robert Parry’s trilogy on the Bush Family and its connections to various right-wing operatives for only $34. The trilogy includes America’s Stolen Narrative. For details on this offer, click here.