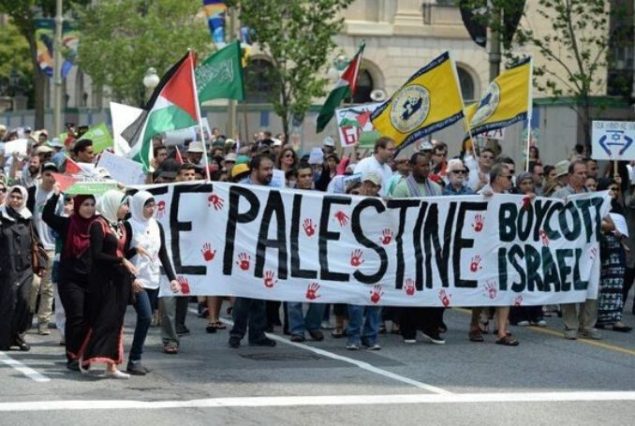 Some 84 percent of Canadians want a war crimes probe into Israel, a new poll surveying views over several issues, including a potential International Criminal Court (ICC) investigation of alleged Israeli war crimes, and the possibility of moving Canada’s embassy to Jerusalem, has found.

Some 84 percent of Canadians want a war crimes probe into Israel, a new poll surveying views over several issues, including a potential International Criminal Court (ICC) investigation of alleged Israeli war crimes, and the possibility of moving Canada’s embassy to Jerusalem, has found.

The survey, sponsored by Canadians for Justice and Peace in the Middle East (CJME), Independent Jewish Voices Canada, and the United Network for Justice and Peace in Palestine-Israel, found that the vast majority of Canadians wish to see Israel treated the same way as any other country, with 84 percent of those polled saying they would support an ICC investigation of alleged war crimes by Israeli officials.

“Canada’s tendency to apply double standards when it comes to Israel is very unpopular with Canadians … Canadians believe that Israel’s violations should be treated as seriously as those of any other country.” – @BalsamCorey https://t.co/RJqhvQrrMT

— Canadians for Justice and Peace in the Middle East (@CJPME) September 16, 2020

CJPME explained that this was an important finding given that Canada had sent a letter to the ICC in February 2020 trying to dissuade the court from investigating the alleged war crimes of Israel.

The survey, which was conducted by EKOS Research Associates, also found that a strong majority of Canadians do not want to overlook any country’s alleged human rights violations, including Israel’s, no matter the circumstances. Some 86 percent of Canadians disagreed with the statement that Canada should overlook Israel’s alleged human rights violations since it is an ally.

Extrapolating conclusions from the survey, CJPME noted that “while the Canadian government has often given Israel special treatment and hesitates to criticize its human rights violations, the overall survey results indicate that Canada’s frequent tendency of giving Israel a pass (a.k.a. “Israeli exceptionalism”) is not popular with Canadians”.

As for the controversial decision to move the Canadian embassy to occupied Jerusalem, the survey found that four out of five Canadians (82 percent) want Canada to maintain its current policy on Jerusalem and continue to call for the city to be shared, compared to less than one fifth (18 percent) who said that Canada should follow the US and recognize Jerusalem exclusively as Israel’s capital.

Among supporters of the Conservative Party, whose new leaders are said to back the moving of the embassy to Jerusalem, a majority (54 percent) support maintaining Canada’s current policy instead.