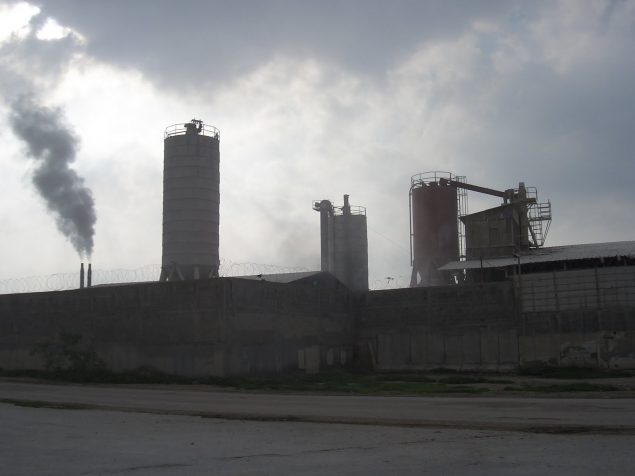 Israeli chemical plant closed down by court order in Israel due to toxic emissions moved across the green line and continues to operate leading to serious health impacts. Photo: ejatlas.org

Israel has published a report claiming to “unmask” the BDS – boycott, divestment and sanctions – movement as inherently anti-Semitic…At a press conference in Brussels, Israeli strategic affairs minister Gilad Erdan declared that “BDS leaders who use anti-Semitic language and images that also prove their principles, of boycotting the Jew among the nations, Israel, are anti-Semitic.”

This is an old theme that Israel is pursuing with renewed vigor.

In this article, Ali Abunimah responds to claims the report makes about him and The Electronic Intifada. 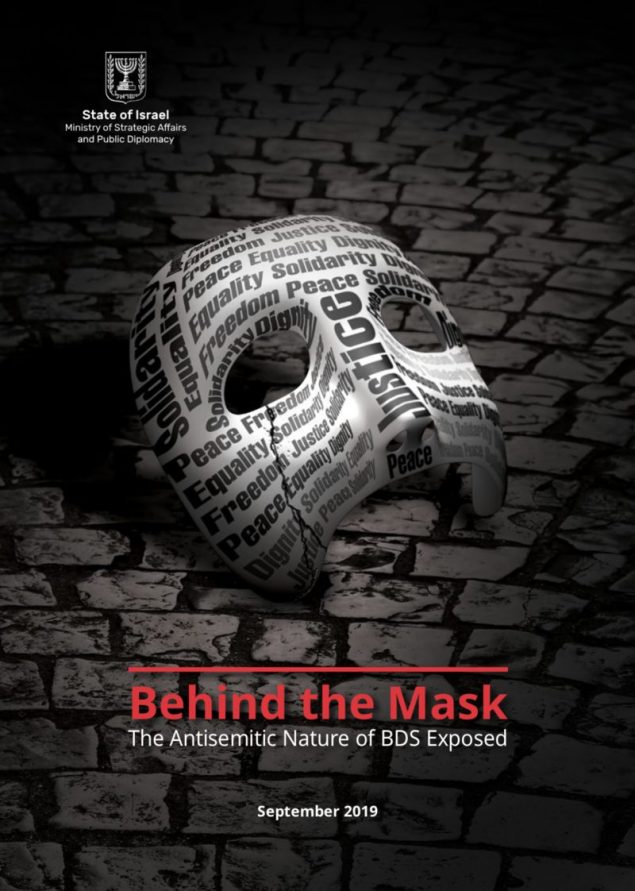 A new report by Israel’s ministry of strategic affairs attempts to smear the boycott, divestment and sanctions movement as anti-Semitic.

But principled critics of Israel must and do insist that Israel’s crimes are not committed in the name of all Jews.

Yet two groups share an interest in erasing the distinction between Israel, on the one hand, and Jews individually and collectively, on the other.

The first group is anti-Semites who want to seize on Israel’s crimes to justify their bigotry against Jews – such people are not motivated by genuine solidarity with Palestinians.

The second group is Israel and its supporters around the world, who – by implicating Jews in Israel’s crimes – want to use Jews and genuine concern about anti-Semitism as a shield for Israel.

By crying wolf, this second group harms the struggle against real anti-Jewish bigotry, which all anti-racists must support.

In that spirit, Israel published a report on Wednesday claiming to “unmask” the BDS – boycott, divestment and sanctions – movement as inherently anti-Semitic.

At a press conference in Brussels, Israeli strategic affairs minister Gilad Erdan declared that “BDS leaders who use anti-Semitic language and images that also prove their principles, of boycotting the Jew among the nations, Israel, are anti-Semitic.”

This is an old theme that Israel is pursuing with renewed vigor.

In this article, I will respond only to claims the report makes about me and The Electronic Intifada. I may return at a later date to the rest of the 94-page document.

It is no surprise that the Israeli government’s attacks on me and this publication contain gross distortions and outright lies.

For instance, the report includes this tweet I published on 13 February:

Israel poisons Palestinians in West Bank by moving unregulated chemical industries to its illegal racist colonies, and its siege and wars have made 95% of Gaza's water unfit to drink. But ok, EU "experts" are coming to learn from this toxic, criminal apartheid regime. 🇮🇱💩🇪🇺 https://t.co/h7PzudX6bF

Based on the tweet, the report claims: “Ali Abunimah accuses Israel of poisoning the Palestinians’ water supply, an accusation that dates back to the anti-Semitic blood libel of the Middle Ages in which Jews were accused of poisoning the wells of Europe and were held responsible for the Black Plague.”

As anyone who reads the tweet can see, it does not accuse Israel of “poisoning the Palestinians’ water supply.”

I state that Israel’s “siege and wars have made 95 percent of Gaza’s water unfit to drink.”

If anything, that was an underestimate.

My source is the United Nations, which states that 95 percent of Gaza’s water comes from a single aquifer.

“Today 97 percent of this water is unfit for human consumption based on World Health Organization (WHO) standards,” the UN Office for the Coordination of Humanitarian Affairs stated in November 2018.

The report notes how the aquifer is depleted and contaminated due to overextraction.

“The water and sewage situation in Gaza, including the contamination of the aquifer, has been exacerbated over the past decade by a range of other factors that include damage to infrastructure during the recurrent hostilities,” OCHA states.

It also notes how Gaza’s chronic electricity crisis – a result of Israel’s siege – and Israel’s restrictions on the import of spare parts further degrade the functioning and condition of water and sewage systems.

My tweet does say that “Israel poisons Palestinians in [the] West Bank by moving unregulated chemical industries to its illegal racist colonies.”

In my 2014 book The Battle for Justice in Palestine, I write about how Israeli companies move from within Israel to industrial zones inside settlements in the occupied West Bank, where they can evade Israeli environmental regulations.

One example I cite is the Nitzanei Shalom industrial zone built on confiscated land near the city of Tulkarem. Factories started moving there from Israel in the 1980s, following complaints about pollution in Israeli cities.

One of the factories, Geshuri Industries, makes pesticides and other chemicals. According to its CEO it moved to the occupied West Bank with the “encouragement of the government.”

In 2010, the human rights group Al-Haq produced this five-minute video summing up the toxic impact of the Geshuri factory:

In the video, local resident Imad Odeh tells Al-Haq that on days when an easterly wind blows pollution towards nearby Israeli settlements, the Geshuri factory shuts down. He says it only operates when northerly or westerly winds blow the pollution towards Palestinians.

According to Al-Haq, toxic sludge from Nitzanei Shalom has been dumped onto Palestinian land while emissions from pesticide manufacturing have increased the presence of noxious gases.

These are just examples of the environmental racism and toxic pollution inherent in Israeli military occupation and exploitation of Palestinian land.

Yet Israel’s government wants people to dismiss this evidence of its crimes as akin to a Medieval blood libel.

The report mentions me on two other occasions. One where it takes exception to a 2017 article I published headlined, “Germany’s new Nazis see Israel as role model.”

According to the report, this article is an example of falsely presenting “Israel as a Nazi state.”

The report does not challenge a single fact in my article, which notes how leaders in Germany’s neo-Nazi party Alternative for Germany admire Israel – warm feelings that some Israeli figures are happy to reciprocate.

I view these German neo-Nazis as abhorrent. But apparently criticizing their alliance with Israeli politicians makes one an “anti-Semite” in the eyes of its government.

On the third occasion the report mentions me, it takes exception to how I have “compared Israeli soldiers to ‘ghetto guards, occupiers, snipers and other murderers of Palestinian children.’”

Who can seriously deny that Israeli soldiers are occupiers who snipe at children in what even Israeli commentators horrified by Israel’s actions have called a ghetto?

I can only speculate that this attempt to smear me – and The Electronic Intifada – is meant as retribution for how last year we published Al Jazeera’s leaked undercover documentary The Lobby–USA.

That film, which the Israel lobby tried to suppress, exposes how Erdan’s ministry of strategic affairs is engaged in a covert campaign to spy on and sabotage the lawful civil society activity of supporters of Palestinian rights in the United States.

The Israeli government may spend enormous resources trawling through social media, and it may find some expressions of anti-Semitism among activists, whether stemming from bigotry or ignorance. But these do not represent or characterize the movement.

Leaders in the Palestine solidarity movement have always been the first to condemn any expression of racism, including anti-Semitism.

They have emphasized that there is no place to blame Jews collectively for Israel’s criminal acts against Palestinians and that – despite its insistence – Israel does not represent all Jews.

Israel has no defense for its crimes, so all that is left is to try to smear an entire movement for freedom, justice and equality.