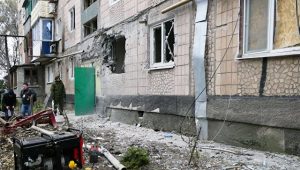 A new coalition of armed opposition is created in Syria, driving a deep wage between some jihadists, published on Inside Syria Media Center, Jan 29, 2017

… The latest detentions increased the number of HDP legislators taken captive on terror charges to 12, including the party’s co-chairs Selahattin Demirtas and Figen Yuksekdag.

Middle East leaders who just days ago were cheering the inauguration of someone who appeared to share their worldview are getting rattled by the worldwide blowback against Donald Trump’s hard-edged policies.

‘Previously, we didn’t get support in this form, we would get light weapons and ammunition’

For the first time since the Vietnam era, it appears that spontaneous public protest may become a regular feature of American life.

After the stroke of Trump’s pen barring entries to the U.S., a dramatic 34 hours in Boston, by Nestor Ramos and Andrew Ryan, Boston Globe staff, Jan 30, 2017

… Phil Gurski, a former strategy analyst and terrorism expert for the Canadian Security Intelligence Service, says, “Right now we know it as a mass shooting. It’s not an act of terrorism until we determine what the motivation is.”

… Former national security analyst Stephanie Carvin told CTV News on Tuesday that in the past it’s been “very hard” to lay terrorism charges against “right-wing extremists.”

“Unlike the Islamic State … right-wing extremists don’t have a coherent ideology. It’s a very fragmented movement, so it’s very hard to pinpoint exactly an ideological motivation,” she said.

Carvin believes politicians have “rightfully” called the mosque shooting a terrorist attack. “I think that brings some solace to the community. But from a legal perspective, the Criminal Code … makes it very clear that in order to bring terrorism charges, you have to have committed an act in the name of an ideology, political movement or religion in order to intimidate the population.”

Canada’s Boeing fighter aircraft purchase could have $5B to $7B price tag, by Murray Brewster, CBC News, Jan 31, 2017

[How effective are critics of Canada’s foreign policy, blinded as are many by anti-Russia prejudice? The Canadian government plans to spend billions of dollars on Boeing fighter jet aircraft, but Canadians won’t learn the price tag until the deal is signed and delivered. This is another example of the carte blanche enjoyed by Canadian foreign policy makers and practitioners.]

‘… For years, Canadian security forces have been busy entrapping Muslim youth, following faint tracks and turning them into full-fledged criminal cases to please their political masters, over the 10 dark Harper years, that they did not pay attention to protecting the real vulnerable segment of society.’

Florian Philippot, the advisor who could make Marine Le Pen president of France, by Angelique Chrisafis, The Guardian, Jan 31, 2017

… During the 1980s and 1990s, the Australian authorities now say, gangs of teenagers in Sydney hunted gay men for sport, sometimes forcing them off the cliffs to their deaths. But the police, many of whom had a reputation for hostility toward gay men, often carried out perfunctory investigations that overlooked the possibility of homicide, former officials and police officers say.