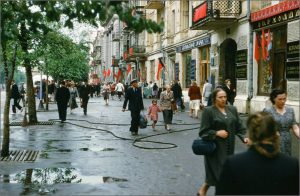 … Defense Minister Antoni Macierewicz is among the least popular politicians in Poland. In Russia, the defense minister is known for being among the most rabidly anti-Russian Polish officials.

Turkey-Syria-Middle East and Caucasus:
* Why has Russia proposed autonomy for Syria’s Kurds?, weekly review published on Al-Monitor, Jan 29, 2017  [* This article and four other feature articles are re-published in full on New Cold War.org on Jan 30, 2017]

In the first of a new series of long-form, in-depth articles, Al-Monitor traveled to the northeastern Syrian town of Derik to explore the transitional and often contradictory nature of the Kurdish-administered territory still commonly called Rojava.

A group of German university professors have penned a joint statement criticizing the mainstream media’s portrayal of the roles of Russia and Iran in regulation of the Syrian conflict, Sputnik Deutschland reports.

Called “a statement on the Syrian war,” the declaration was written by the scientific advisory board of the German branch of Attac, an international organization that campaigns for alternatives to globalization…

President Trump signed an executive order Friday to launch what he called a “great rebuilding of the Armed Forces” that is expected to include new ships, planes and weapons and the modernization of the U.S. nuclear arsenal…

The order calls for new Defense Secretary Jim Mattis to carry out a 30-day “readiness review” that is expected to examine needs for the war against the Islamic State, along with training, equipment maintenance, munitions, modernization and infrastructure. A draft of the order obtained by The Washington Post on Thursday also said it would examine how to carry out operations against unnamed “near-peer competitors,” a term that U.S. officials typically use to mean China and Russia, but that language is not in the final version…

At a testy meeting with a crowd of constituents Sunday evening, Democrat Senator Sheldon Whitehouse (Rhode Island) became the latest Democratic senator to face a grassroots backlash for voting to confirm President Donald Trump’s nominee for director of the Central Intelligence Agency…

Several tens of thousands of people rallied in Washington DC on Jan 27 calling for a ban on women’s access to abortion serivces. Marchers say the new president gave them new hope of overturning the landmark Roe v. Wade decision…

The White House raised eyebrows on Friday when it issued a statement to commemorate International Holocaust Remembrance Day, the anniversary of the liberation of Auschwitz, that did not mention Jews, Judaism or antisemitism.

‘Nothing new has happened for those looking for a change of course in French society’, says aide to Jean-Luc Mélanchon. He says, “Our ideas for a sixth republic, ecological planning and independence for France are gaining a growing hearing…”

An online petition to prevent U.S. President Donald Trump making an official state visit to the UK has generated enough signatures to warrant it being considered for debate in parliament. The petition gathered over 80,000 signatures in the last hour alone…  [Update: More than one million people in UK have signed the anti-Trump petition.

The Netherlands has committed $10 million for an initiative to replace funding for abortion services in developing countries that will be lost due to U.S. President Donald Trump’s ban on financing foreign groups that provide abortions. The fund will seek donations from other governments, charities and companies as well as individuals…

Dutch officials estimate that the U.S. ban, which was condemned by women’s rights and health campaigners, will cause a funding shortfall of $600 million over the next four years.

Global warming:
The Exxon that Rex Tillerson left behind: Hidebound, secretive and wedded to tradition at a time of mind-boggling change, by Steve LeVine, Quartz Media, Jan 29, 2017 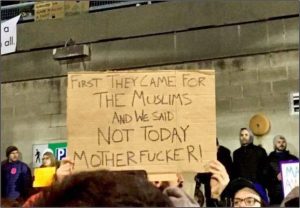