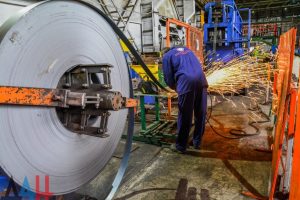 The parliamentary Constitution Commission has approved amendments to the Turkish Constitution proposed by the ruling Justice and Development Party (AKP) that pave the way to an executive presidency amid fears of one-man rule.

With the constitutional amendments approved in the early hours of Friday, the president will have the authority to dissolve Parliament…

Another soldier dies, bringing total loss to 42 in operations against ISIL in Syria, by Turkish Minute, Dec 30, 2016

Netanyahu finally has the American partner of his dreams. Until everything falls apart.

United States:
Believe it or not, there are Jews who want to join the alt right, by Matthew Rozsa, Salon.com, Dec 28, 2016

The failure to pass a war authorization against the Islamic State will mean few checks on his provocative campaign vows.

Global warming:
Trump and the climate: His hot air on warming is far from the greatest threat, by Andrew Revkin, ProPublica, Dec. 29, 2016

Trump, who has called climate change a hoax, has frightened many with his embrace of fossil fuels. What’s truly scary, scientists and others say, is how much larger the problem is than one American president.

… Globally, the “great acceleration” in emissions (that’s a scientific description) has largely tracked the growth in human numbers and resource appetites — particularly a seemingly insatiable appetite for energy, more than 80 percent of which still comes from fossil fuels despite sustained efforts to spread efficiency and renewable choices.

‘For Marx, food was far more than a “passing interest”: in his work one finds analyses of the development of agriculture in different modes of production; climate and food cultivation; the chemistry of the soil; industrial agriculture; livestock conditions; new technologies in food production and preparation; toxic additives in food products; food security; and much more. Moreover, these issues are not peripheral, but organically connected to Marx’s larger critique of capitalism.’