NATO has no plans to support Turkey in Syria 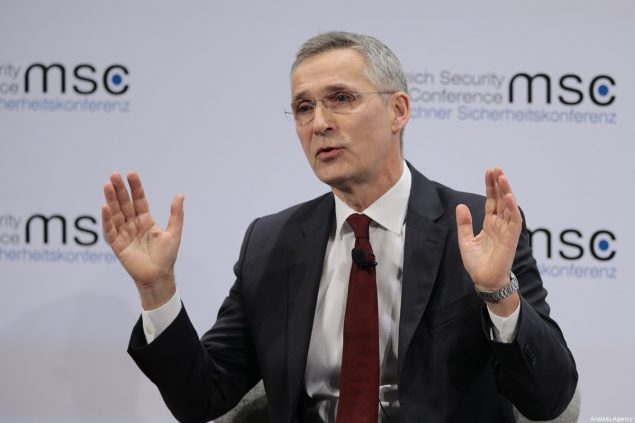 According to a diplomatic source from a member state, NATO has no plans to provide Turkey with military support if the government launches a military operation in northern Syria.

NATO has no plans to provide Turkey with military support if the government launches a military operation in northern Syria, a diplomatic source from a member state told Tass on Monday.

According to the Russian news agency, a NATO official said that the alliance will not invoke the principle of collective defence known as Article 5, which is at the heart its founding treaty.

“NATO countries will not support the invocation of Article 5 over the death of Turkish troops in Idlib in early February,” the source said.

The diplomat explained that the death of Turkish troops in Idlib was a tragedy but it had taken place during a unilateral military operation on foreign soil, which goes beyond Article 5 of NATO’s founding treaty. Turkey is aware of its position, the source added, which is why Ankara has not tried to initiate NATO consultations on the matter.

Turkey had the political support of NATO members to carry out a military operation aimed at halting the advance of Syrian government forces in Idlib and assisting armed groups in retaining control of certain parts of the province, the source explained, but there were no plans to provide Ankara with military assistance.

The diplomat emphasised that not all NATO members shared Turkey’s goals in Syria and Libya. The issue of providing military support to Turkey had not been raised at a meeting of NATO defence ministers on 12-13 February, reported Tass.

On Friday, the UN said that 800,000 people have been displaced, with at least 60 per cent of these being children. The figure looks set to rise because of clashes in north-west Syria.

Former British Foreign Secretary and Head of the International Rescue Committee David Miliband has raised concerns over the situation in the embattled province, calling it a “Gaza in Syria.”

Turkish-Russian Talks On Idlib. Another Ceasefire?

Why SouthFront Is Against Erdogan Actions In Idlib