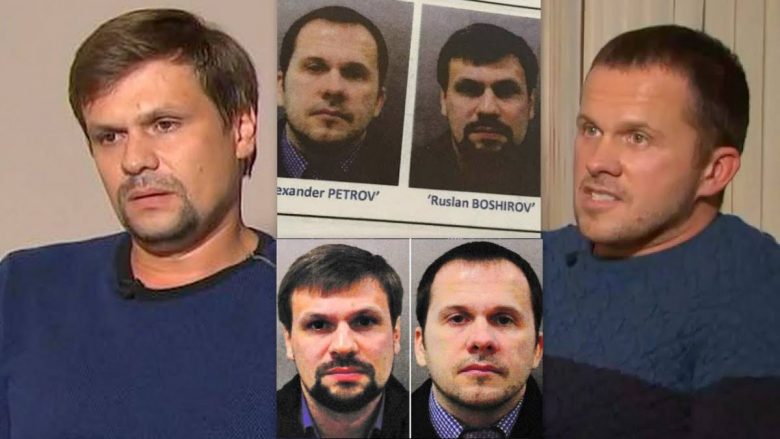 Written in response to an article originally published by News Front on Sept 28, ex-Guardian journalist Brian Whitaker says he doubts the Israeli expert who gave the interview “really exists”, even though Whitaker does not question or refute what was actually said. We are publishing both, as we believe our readers should be given the opportunity to make up their own minds.

Last week a website called News Front published what it claimed was an interview with Alexander Brass — described as a “writer” and “an Israeli expert on international terrorism”. Based on his purported knowledge of the way secret services work, Brass was quoted as saying Russia could not be responsible for the “Novichok” poisonings in Salisbury.

“If the [Russian] GRU needed to kill Skripal, he would now be dead,” Brass allegedly told the website. “This is a well-thought-out strategy of demonisation and international isolation of Russia.”

Within a few days, the “Alexander Brass” interview was also featured by Russia’s Sputnik News and on the website of fantasist David Icke. It was re-published in the US by a right-wing conspiracy-theory-and-pseudoscience website, The Liberty Beacon, and on the website of its European offshoot, Europe Reloaded.

On Twitter, the interview was promoted by George Galloway, the British former MP and admirer of Saddam Hussein, who described it as “a must read”:

Professor Tim Hayward of Edinburgh University, a prominent figure in the Russia-friendly Working Group on Syria, Propaganda and Media, joined in on Twitter too:

There are doubts, though, about whether Alexander Brass, the writer and Israeli terrorism expert, really exists. A Google search reveals no trace of him except in connection with the News Front interview. Conceivably he was using a pseudonym, though News Front doesn’t say so.

The question of Brass’s identity is relevant because News Front has previously been accused of fakery. The website is based in Crimea and its editor-in-chief is Konstantin Knyrik, a former pro-Russia militiaman who also chairs the Crimean branch of Russia’s ultra-nationalist Rodina party.

News Front publishes in several languages, including German, Spanish, and English, and has been described by Time magazine as “among the better-resourced players in the Russian media ecosystem”. Last year it was the subject of particular concern in Germany where there were reports that it was
trying to influence the Bundestag election. A study by the Atlantic Council’s Digital Forensic Research Lab found that News Front was the three main outlets for Russian propaganda in Germany, alongside Sputnik and RT.