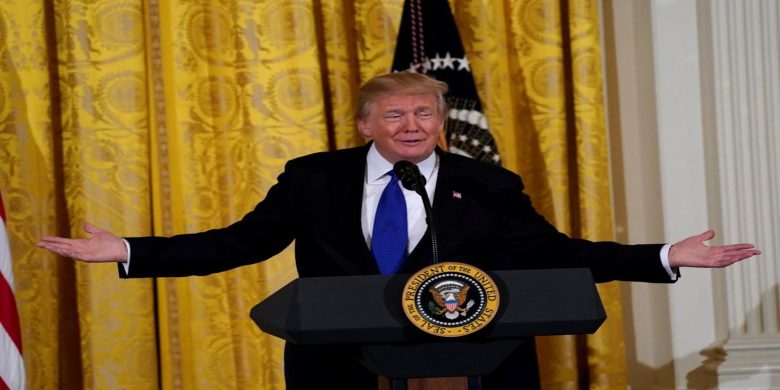 According to mainstream media sources, as of mid-December 2018 the Mueller Russia probe has changed direction. Now there are reports saying that Mueller is shifting the scope to Israeli and Saudi involvement in the Trump campaign.

The real money trail that initially led to Russia has now branched out, it goes to Israel, to Saudi Arabia, to the UAE and even the “Russia trail” may not be a trail at all. It may well be fake.

You see, many of those investigated as Russians, always listed as “close to Putin,” are, in actuality, more closely tied to Trump supporters Semion Mogilevich and Felix Sater, listed as Russian crime bosses who are both Israeli citizens with long histories of working with the Mossad.

Mogilevich, who “works” the fake Russian pro-Trump network, according to our sources, on behalf of Israel, has been on the FBI 10 Most Wanted list since 2009 for murder, extortion, prostitution, drug and weapons trafficking.

Felix Sater, his protégé, is an advisor to Donald Trump and controls Bayrock Group, Trump’s partner in “Trump Soho.” Sater, now an FBI informant, was named Jewish Man of the Year in 2010 and 2014.

Sater was found guilty of racketeering in 1998 and avoided prison by “providing crucial intelligence information and assistance” to US agencies.

No surprise to those familiar with the American political scene, as Trump’s policies have favored the arms and oil industries, big polluters and financial crooks, that his international allies are turning out to be the “usual suspects,” Israel, Saudi Arabia and the UAE, which has led to America’s occupation of much of Syria, its war on Yemen and blind support for ethnic cleansing and slaughter of the Palestinian people.

Beyond that, Trumps is pushing for conflict with Russia and China, has withdrawn from climate accords and now is clearly defined as “owned,” not by Russia but by international criminal elites.

While the Russia investigation has yielded few results and President Donald Trump is claiming limited victory, it has now been revealed that the Mueller probe has a second direction, one it has been following for months. Mueller’s investigators have found that the 2016 election really involved many nations with the key violators Israel, Saudi Arabia and the UAE, not Russia at all, according to sources.

Each of those investigated and questioned in the Russia probe has, invariably, also been questioned about their ties to Israel, Saudi Arabia and the UAE.

In addition, investigation of social media manipulation by Google and Facebook has led back to the Mossad, not Russia. In fact, the trail to Russia has, for the most part, been paved by fake evidence placed on the net by Google and Facebook, evidence to make Russia look guilty while, in actuality, it was Israel that led the way.

Key acts by the Trump administration, including withdrawing from the Iran nuclear deal and moving the US embassy in Israel to Jerusalem, in direct violation of the Fourth Geneva Convention, helped fuel Mueller’s suspicion.

Leading the probe against Israel in particular is former National Security Advisor Michael Flynn, former director of the Defense Intelligence Agency, who during 19 interviews with the Special Counsel’s Office laid out a detailed history of Trump and those around him and broad connections with Israeli backed organized crime.

Flynn also outlined his own meetings with Israel, Saudi Arabia and the UAE, meetings that included, according to sources, a broad program of election rigging, social media manipulation and large-scale bribery.

According to OpenSecrets.org, gambling boss and accused human trafficker, Sheldon Adelson, a duel Israel-American citizen, was the single largest financier of the American 2016 elections. Adelson gave $25 million directly to Trump and a total of $113,016,500 to political candidates, 100% of which went to pro-Israel candidates, 100% of whom were Republicans, ten times the amount George Soros spent on the election.

Key, during this aspect of the investigation, will be the application of the Foreign Agents Registration Act, the law used to go after Paul Manafort for his ties to Russia, against those taking direction from Israel. For many years, organizations such as AIPAC (the American Israeli Public Affairs Committee), the ADL (Anti-Defamation League) and others such as the Southern Poverty Law Center have, according to high level sources, not just been involved in interference in American elections using blackmail and smears, but in espionage as well.

Similarly, Saudi Arabia has been broadly protected against laws prohibiting foreign interference in American government with the American oil and arms lobbies openly representing Saudi interests, which have included America’s highly suspicious behavior toward al Qaeda and ISIS, a War on Terror that has stayed in the rope-a-dope stage for coming on two decades.

Another point fueling Mueller is his mandate to investigate attempts to interfere with the Special Counsel. It seems Israeli and Saudi efforts to stop this investigation, which might well lead to the indictment and removal of Donald Trump, have far overshadowed any Russian involvement.

According to investigation insiders, Prince, working closely with Mark Zuckerberg and Jared Cohen of Google Ideas group, and backed by companies such as Mossad run PsyGroup, planned a broad program of social media manipulation that had initially been blamed on Russia, but now really tied to Israel, Saudi Arabia, the UAE and, in fact, the terror organizations al Qaeda and ISIS.

The inside man working with Trump, according to sources, was Elliott Broidy, reputed “bag man” for Donald Trump.

A key area that led Mueller to broaden the scope of his inquiry was Ukraine. As Paul Manafort was closely tied to Moscow’s efforts in Ukraine, others backing Trump, too many others, were working “the other side of the street, tied to Kiev’s right wing junta. For each individual investigated whose efforts favored Moscow, three others backed military efforts against Russia, Syria and Iran, in particular, keeping Republicans in power who have pushed forward broad sanctions against those nations.

The public version of the inquiry is tied to George Nader, who advises the UAE on American politics, another gentle term for “bag man.” From Vanity Fair:

“A Lebanese-American businessman, Nader currently serves as an adviser to Emirati Crown Prince Mohammed bin Zayed Al-Nahyan, who has developed a close relationship with Jared Kushner. For years, Nader has been a well-known, if somewhat off-the-radar, figure in certain political circles. According to the Times, Nader worked with the Bill Clinton administration in its attempt to broker a peace deal between Syria and Israel, convincing the White House that he could leverage his influential contacts with the Syrian government. After the 2003 invasion of Iraq, Nader worked with Prince’s private security company, Blackwater—which is now known as Academi—as a “business-development consultant,” according to a 2010 deposition. At the time of the 2016 election, he was serving as an adviser to Prince Mohammed, and was a frequent visitor to the White House during the early months of the Trump administration, where he met with Kushner and former chief strategist Steve Bannon.”

Nader and Prince, working with Steve Bannon and Jared Kushner, pushed Trump to back the Saudi blockade against Qatar. Saudi Arabia and Qatar came to blows in 2015 when Qatar backed out of the Saudi-Israeli coalition against Syria which armed and supported both ISIS and al Qaeda and was, according to multiple sources, deeply involved in White Helmets activities including poison gas attacks on the Syrian people.

Backing Qatar was American Secretary of State Rex Tillerson, fired by Donald Trump. Trump placed CIA Director Mike Pompeo in to replace Tillerson and even broadened support for Saudi Arabia in Yemen, with the US recently caught covertly funding bombing campaigns there through unpaid refueling of Saudi aircraft.

Trump, Pompeo and Kushner have also been deeply tied to the coverup of the Khashoggi killing with their financial links to Saudi Arabia exposed, including a $500m loan to Jared Kushner by the Saudi government, one Kushner received while officially representing the US in negotiations with Saudi Arabia.

This “loan” will likely lead to a long prison sentence for Jared Kushner, particularly as Mueller targets Saudi interference in American politics.

Where things are likely to get dicey is the trail Mueller already knows is there, one that ties literally most of congress, to one degree or another, and 6 of 9 Supreme Court justices, directly to foreign lobbying groups, primarily Israel.

Moreover, America has a long history of “money politics,” right back to the Founding Fathers. Washington was built on a swamp to begin with and all that has kept government afloat is cash. One might ask how Mueller will identify what is “foreign” interference when the global financial interests that dominate American politics have long eroded away any idea of what is or is not “American” interests.

This might well help some understand why “American policies” so seldom serve the United States. Then again, Mueller may well find himself in a test, a struggle between the real “founders” of America’s government, the global interests that have used the United States to keep the world at war for the better part of a generation, and those who want reform but may well be willing to embrace the chaos that ensues.