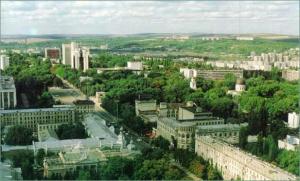 Moldova’s November 30 parliamentary elections produced a qualified, at best, endorsement of the pro-western coalition’s course toward integration with the European Union (EU). Having secured a plurality of the vote (about 44%), the outgoing three-party alliance looks likely to reconstitute itself with a majority of seats (55 out of 101). This is short of the 61 votes needed to elect a new president, pointing to a possible repeat of the protracted political stalemate Moldova experienced between 2009 and 2012, when a divided parliament was unable even to agree on filling that office. Such a deadlock could result in early elections.

Still, the pro-EU forces have indicated their determination to move forward energetically on a “reform” agenda to implement the Association Agreement (AA) with the EU that Kishinev [capital city of Moldova] hastily ratified earlier this year. “We have already begun consultations on creating a pro-European coalition,” said former prime minister and leader of the Liberal Democrats Vlad Filat soon after the vote. “We should immediately create a coalition and move forward.” The main holdup seems to be not the direction in which the coalition wants to take Moldova but figuring out how to deal with issues of chronic corruption and conflicting ambitions:

On 4 December, the leaders of the new governmental coalition announced that their main objective would be the implementation of the Association Agreement with the EU. However, pro-EU voters are very concerned that the self-proclaimed pro-European leaders will fail them once again and that the new government will continue to serve the interests of the oligarchs rather than of society. Initial signs are not encouraging. Unofficial reports suggest that the main stumbling block in the negotiations is, again, political control over law enforcement and judicial institutions. Some pro-European parties (and the oligarchs behind them) want to have full control over the coming fight against high-level corruption.
—Moldova’s last chance for reform, by Victor Chirila, European Council on Foreign Relations, December 9, 2014

Meanwhile, Moldovans are deeply divided over the options available to their country. A rough balance exists between those who favor EU integration in the form of “association” (Brussels refuses to offer Moldova membership even as a distant prospect, just as it refuses to countenance membership for Ukraine) and the Russia-led Customs Union, with a slight edge in favor of the latter. This does not even take into account sentiment in Pridnestrovie*, which did not participate in the election, and which Kishinev still claims.

With the last-minute and suspicious elimination of the “Patria” party from the vote, the big winner in the opposition camp are the pro-Moscow Socialists, who promise vigorous resistance to the pro-EU agenda. The Communists, whose position on the AA has been ambiguous, are also likely to find themselves taking a harder line against the AA than they have in the past. Both the Socialists and Communists have criticized the vote – including insufficient polling stations for Moldovan workers in Russia, absent which the opposition parties might have secured a majority. Court actions are being filed.

Seen in context, one would hope that the pro-EU coalition would tread carefully. Taking a lesson from the chaos that ensued in Ukraine from the either/or choice of “Europe” vs. Russia forced on that country, one would think even the most ardent Europhile Moldovan politicians would see the need for balance and compromise among their no-less-divided countrymen. This lesson is even more urgent, in that Moldova already has its potential “Crimea” or “Novorossiya” in the form of Pridnestrovie, with the danger of further splintering in Gagauzia and other regions in the north and south of the country.

Likewise, those in the West (the United States and Europe) who present themselves as Moldova’s friends would do well to urge caution. But if past rhetoric is any indication, rather than respect legitimate differences of opinion among Moldovans, pro-EU politicians – egged on by American and European governments and media – will likely continue to regard any objections only as evidence of Russian “blackmail” and a “fifth column” of an insufficiently conscientious, “civilizationally” challenged lumpen. From this perspective, Moldova (as with Ukraine before it) can be seen only as an us-versus-them “battleground” with Russia. It’s not hard to see how this Manichean approach could tear the country apart. Bulldozing over the objections of roughly half of the population as a mere obstacle on the exorable path to the radiant future in the EuSSR (“You’re on the right road, Comrades!”) risks plunging Moldova into a repeat of Ukraine’s sorry experience.

Instead, assuming they are able to form a new government, the pro-Europe forces should take a time-out on “moving forward” on the AA and instead open a national dialogue on a genuinely balanced approach between the EU and Russia. A good first step would be to heed calls from the American Institute in Ukraine and others for a national referendum on the AA. Instead of viewing citizens who disagree as presumptive enemies who must be forced to submit to their point of view, by holding a referendum on Moldova’s choice the government would be demonstrating respect for all Moldovans, irrespective of their ethnic identification, the language they speak, the region in which they reside, or the alphabet they use.

Related article:
Can a referendum on the EU Association Agreement help maintain Moldova’s stability and unity?, published by American Institute in Ukraine, Oct 22, 2014