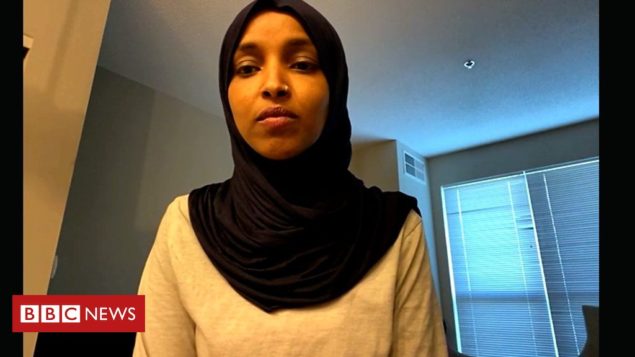 Congresswoman Ilhan Omar spoke to Newsnight’s Emily Maitlis following widespread protests that have erupted around the US following the death of George Floyd, who died while in police custody on 25 May in Minneapolis. His death has been declared a homicide in an official post-mortem examination.