Midterm Elections: Corporate Democrats Versus the Monster They Empowered 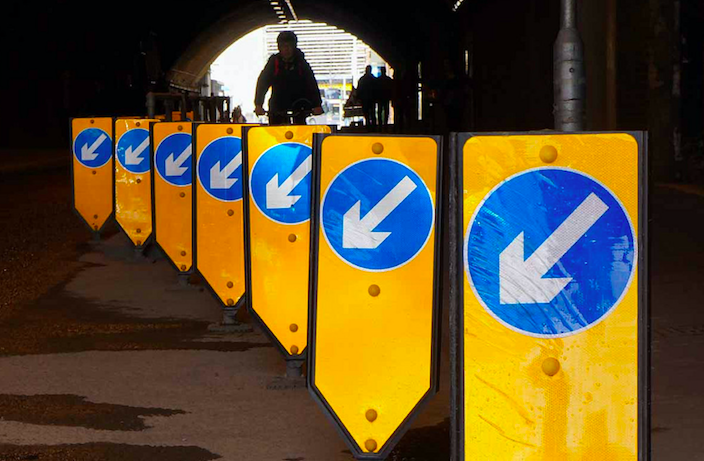 “The latest election has given the corporate Democrats leadership of one house of the national legislature, but did not break white supremacy’s hold on majorities of white voters.”

Only transformational programs, like single payer health care, can erode the coherence of the White Supremacist Bloc, and at the same time galvanize the numeric majority of the nation.

The midterms were a test of whether Donald Trump could continue to hold majorities of white Americans in thrall to his non-stop, red-meat racist political theater.”

Tuesday’s midterm elections put Democrats back in control of the U.S. House while strengthening the Republican hold on the Senate. The big picture is that, two years after Donald Trump replaced the GOP’s old arsenal of racial code words and dog whistles with blaring white supremacist bullhorns, majorities of U.S. whites are firmly committed to an openly white nationalist political program under the leadership of a billionaire huckster who speaks their vile language. Although the GOP remains a minority party — Democrats outpolled them in House races by 7 to 9 percent – white supremacists remain the largest bloc in the U.S. political spectrum. The 2018 midterms were a test, not of insurgent left-leaning Democrats — a disorganized and confused faction that was kept largely in check by the party’s corporate leadership — but of whether Donald Trump could continue to hold majorities of white Americans in thrall to his non-stop, red-meat racist political theater.

He could, and did, confirming the potency of the overt white supremacist strategy, which has succeeded in proving both the intransigence and coherence of racist white majorities, even as most of the ruling class and its media mounted an unprecedented offensive to restore the previous corporate political consensus: austerity and war cloaked in a façade of “diversity.” Trump made “me feel like an American again,” said a white West Virginia hardware store worker quoted by the New York Times. The man felt restored in the belief that he still lives in a white man’s country.

Republican gains in the Senate reflect both the solidity of the white supremacist bloc and the structural racism of the U.S. electoral system. The Democratic gain of up to 28 seats in the House is not unusual for presidential incumbent parties at midterm ; Democrats lost 54 seats in 1994, under Clinton, the GOP dropped 39 seats in 2006, under Bush, and Obama’s party lost a whopping 63 seats and both houses of Congress in 2010. The latest election has given the corporate Democrats leadership of one house of the national legislature, but did not break white supremacy’s hold on majorities of white voters. The White Man’s Party, as redefined and reinvigorated by Donald Trump, is still the nation’s most formidable bloc, by far.

The overt white supremacist strategy has succeeded in proving both the intransigence and coherence of racist white majorities.”

This was a rematch of the contest that corporate Democrats wished for and thought would allow them to win decisively back in 2016. Democratic leaders sought to set the terms of electoral battle as a conflict between “deplorables,” as Hillary Clinton described white supremacist voters, and the rest of the electorate, the great bulk of whom the corporate Democrats believed could be corralled into Hillary’s Big Tent, where big city and Deep South Black politicians, Rio Grand valley and East L.A. Hispanics, suburban white “moderates,” Silicon Valley and Wall Street oligarchs, scheming CIA operatives and warmongering generals would find common cause against the Orange Menace. Clinton campaign chief John Podesta urged his troops and their friends in media to do everything possible to boost Donald Trump’s bid for the Republican nomination, in the certainty that Clinton would beat him in a landslide — as incontrovertibly documented in the emails that were pilfered and delivered (not hacked) to Wikileaks (not the Russians) and sent to the media. By March of 2016, corporate media – most glaringly CNN, but including the whole herd — had already given Trump’s GOP takeover gambit $2 billion in free media, amounting to more exposure than all the other candidates from both corporate parties, combined, including Clinton. By end the of the general election campaign, corporate media had bestowed a total of $5 billionin free media on Donald Trump — their criminally cynical contribution to the solidification and consolidation of the white supremacist bloc in the United States.

Trump is not their Frankenstein, but the Democrats and their media supplied most of the electricity that energized the monster. White supremacy is endemic to the U.S., part of its founding settler DNA, but the corporate media and Democratic Party’s strategy to help install Trump as a “straw man” presidential candidate who could be swept aside in the general election wound up giving white supremacists a champion around which to unite.

The corporate media bestowed a total of $5 billion in free media on Donald Trump.”

When the strategy failed, they blamed it on the Russians and launched a neo-McCarthyite campaign of slander against domestic dissidents — like Black Agenda Report — blaming the “far left and far right” for “sowing discord” on behalf of a foreign power. It was their own failed electoral strategy that had destabilized the corporate duopoly, simultaneously threatening the “corporate consensus” on foreign and domestic policy and giving new life to the Old Confederacy.

This is the big picture — much of the rest of the midterm results is clutter. The white supremacist bloc flexes its muscles and fingers its triggers. The racist horde — a majority of whites – feels a renewed entitlement to primacy in the national life. Corporate Democrats, whose bungled schemes led us to this juncture, forge ahead with the same strategy as in 2016. Nancy Pelosi, who ordered the Congressional Black Caucus to downplay the crimes of Katrina the last time she was Speaker of the House, served up pablum and called it a victory speech:

“We will strive for bipartisanship, with fairness on all sides. We have a responsibility to find our common ground where we can, stand our ground where we can’t, but we must try. We’ll have a bipartisan marketplace of ideas that makes our democracy strong. A Democratic congress will work for solutions that bring us together, because we have all had enough of division. The American people want peace. They want results. They want us to work for positive results for their lives.”

The white supremacist bloc flexes its muscles and fingers its triggers.”

What crap. By “peace,” she means less rancor between the two corporate parties. The actual corporate agenda is austerity and war, the only future the oligarchy envisions for the planet. Trump shares this imperial vision — when he is thinking about subjects other than himself — but is glad to ride and stoke the white revanchism that is now part of his brand.

Only Big, Alternative Projects — transformational programs, like single payer health care, that actually shift power and resources from the ruling oligarchy to the masses — can erode the coherence of the White Supremacist Bloc, forcing significant numbers of them to abandon the prioritization of race, and at the same time galvanize the numeric majority of the nation: minorities of whites and majorities of everybody else. Nancy Pelosi’s job is to make sure that does not happen in her wing of the duopoly, despite the fact that 85 percent of Democrats — and 52 percent of Republicans — favor Medicare for All, with only 20 percent of Americans opposed. In other words, there is an overwhelming popular consensus in favor of single payer health care that is diametrically opposed to the corporate consensus. Corporate parties, in a duopoly system, cannot resolve that contradiction in favor of the people.

That’s why the struggle must be mainly in the streets, and to build non-corporate parties, including independent Black formations — which requires a split in the Democrats, the section of the duopoly that is not explicitly the White Man’s Party, but instead slavishly serves the oligarchy.