Media says US is considering ways to remove B61 nuclear bombs from Incirlik Air Base, Turkey 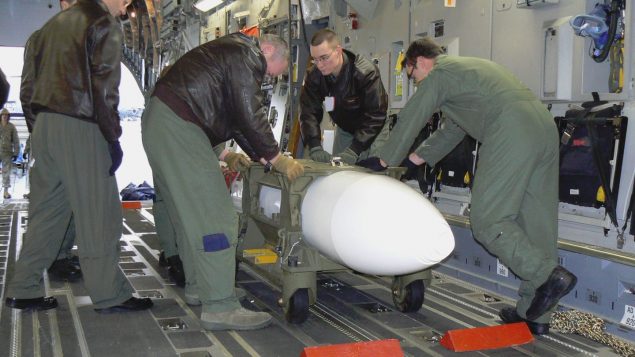 The US is allegedly looking into ways to remove 50 B61 nuclear gravity bombs that it keeps in the Incirlik Air Base in Turkey – but yesterday Donald Trump said he was “confident” that the bombs are safe.

The US is allegedly looking into ways to remove 50 B61 nuclear gravity bombs that it keeps in the Incirlik Air Base in Turkey.

This, expectedly, is a result of the Turkish advance on Kurdish militias in northeastern Syria, and the US attempts to disown responsibility for abandoning the Kurdish and being the underlying reason for the entire debacle.

The NYT  reported that officials from the Pentagon and from the US Department of Energy were looking into what exactly to do with the B61 bombs at Incirlik.

These bombs were a serious concern in the past as well, especially in 2016 during the alleged coup attempt against Turkish President Recep Tayyip Erdoğan. 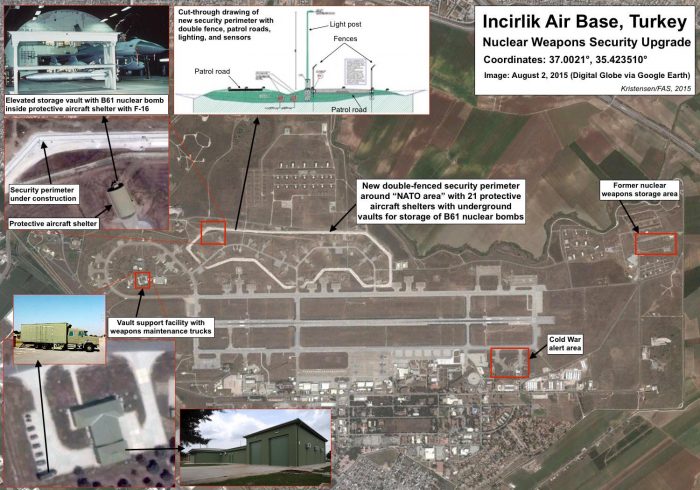 There are also conspiracy theories that the US played a part in the failed coup, and there’ve been calls in Turkey for investigations into American military personnel and raids onto the American portions of the base to collect evidence.

According to various estimates, there may be from 35 to 50 nuclear weapons that have been stored there since the Cold War.

The reason for the interest in moving nuclear weapons from Turkey is commonplace – the introduction of very stringent sanctions against Turkey, both ordered by Trump and likely incoming from the US Congress, is likely to lead to the closure of Incirlik base for use by the US military.

Furthermore, the alleged shelling near the US base near Kobani, Syria also makes US officials worry that the first country to host US nuclear weapons is actually targeting US forces indiscriminately. Regardless of how true it is.

Air Force spokeswoman Ann Stefanek would not answer questions about possible nuclear weapons at Incirlik and whether they would be moved in an email.

“The mission of the 39th [Air Base Wing at Incirlik] is to provide persistent surety and continuous air operations for the U.S., our allies and our partners and helps protect U.S. and NATO interests in the Southern Region by providing a responsive and operational air base ready to project integrated, forward-based airpower,” Stefanek said.

An unnamed senior official reportedly told the Times that the weapons “were now essentially [Turkish President Recep] Erdogan’s hostages” since removing the weapons would effectively spell the end of America’s alliance with Turkey, but keeping them there would leave them vulnerable.

Former Air Force Secretary Deborah Lee James would not confirm or deny the presence of nuclear weapons there. But she speculated what would be done if anything had to be done with the bombs.

If the Air Force found a new nation willing to host the nukes, James said, it would have to take “the greatest of care” in their removal and transport. If the receiving base did not have the facilities or security necessary, James said, it would require a significant construction effort. And NATO would likely be involved.

“Any time nuclear weapons are moved from point A to point B, it is a major logistical challenge,” James said. “The security is enormous that goes with this.”

The topic is already being discussed in full in Turkish media in the context of the fact that Turkey will not bend and respond to sanctions harshly, including by closing the Incirlik air base for US aviation.

During the Obama administration, the US mulled the idea of removing the nuclear bombs from Turkey, but then Ankara said that, if that were the case, then it could strive to become a nuclear power itself.

The current cooling of relations between the US and Turkey could potentially lead to Ankara returning the acquisition of nuclear weapons of its own back on the agenda. That is more than likely why the situation of taking the B61 nuclear gravity bombs out of the country is most complicated, and it doesn’t specifically come down to technical means or the financial cost of such an operation.

US Used Warplanes, Attack Helicopters To Fight Off Turkish-backed Forces Near Ain Issa