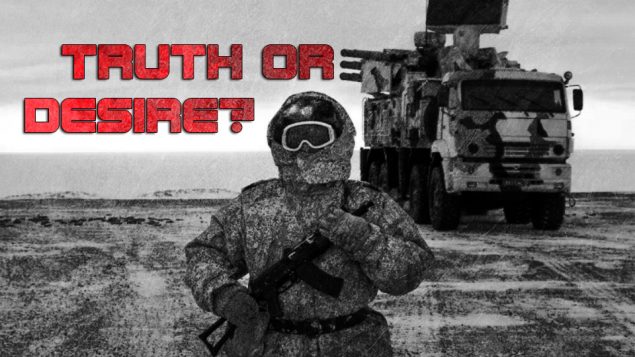 Earlier this year, a leading US political newspaper and website published in Washington, D.C., as if setting the year agenda, put out an article entitled “Managing Russia’s dissolution”.

At the start of the year, on January 9, The Hill, a leading US political newspaper and website published in Washington, D.C., as if setting the year agenda put out an article entitled “Managing Russia’s dissolution”. The article was written by Janusz Bugajski, a Senior Fellow at the Center for European Policy Analysis (CEPA) and the former Director of the New European Democracy Program at the Center for Strategic and International Studies (CSIS). In the article he reviews and describes the measures needed to dismantle Russia and instigate civil conflicts on the territory of Eurasia.

The ideas promoted in this article are not a patch on all of the mainstream media reports, which regularly accuse Russia of meddling in the domestic politics of the US and other Western states. Since their creation, neither Sputnik nor RT nor any other Russian government mouthpieces have ever let themselves publish the type of content released by The Hill.

The text below is a quote from the aforementioned article (emphasis added):

“In reality, Russia is a declining state that disguises its internal infirmities with external offensives. Russia’s economy is stagnating. According to World Bank statistics for 2017, Russia’s Gross Domestic Product (GDP) per capita ranks 62nd in the world.

Even the defense budget is shrinking and barely reaches a tenth of the U.S. Through a combination of low fossil fuel prices, infrastructural decay, pervasive corruption and Western financial sanctions, state revenues are declining, living standards are falling, social conflicts are intensifying and regional disquiet is mounting.

Although economic performance alone is insufficient to measure susceptibility to collapse, rising social, ethnic and regional pressures indicate that Russia is heading toward fragmentation.

Russia has failed to develop into a nation state with a strong ethnic or civic identity. It remains an imperial construct due to its Tsarist and Soviet heritage.

The unwieldy Russian Federation consists of 85 “federal subjects,” of which 22 are republics representing non-Russian ethnicities, including the North Caucasus and Middle Volga, and numerous regions with distinct identities that feel increasingly estranged from Moscow.

Instead of pursuing decentralization to accommodate regional aspirations, the Kremlin is downgrading their autonomy. This is evident in the new language law designed to promote “Russification” and plans to merge and eliminate several regions.

Pressure is mounting across the country, with growing anger at local governors appointed by the Kremlin and resentment that Moscow appropriates their resources. Indeed, regions such as Sakha and Magadan in the far east, with their substantial mineral wealth, could be successful states without Moscow’s exploitation.

Emerging states will benefit from forging closer economic and political contacts with neighboring countries rather than depending on Moscow, whose federal budget is drastically shrinking. Collapsing infrastructure means that residents of Siberia and Russia’s far east will become even more separated from the center, thus encouraging demands for secession and sovereignty.

Given Russia’s ailments, an assertive Western approach would be more effective than reactive defense. Washington needs to return to core principles that accompanied the collapse of the Soviet Union by supporting democratization, pluralism, minority rights, genuine federalism, decentralization and regional self-determination among Russia’s disparate regions and ethnic groups.

While Moscow seeks to divide the West and fracture the EU and North Atlantic Treaty Organization (NATO) by backing nationalist and separatist parties in Europe, Washington should promote regional and ethnic self-determination inside the Russian Federation. This would send a strong signal that the West is fully capable of reacting to Moscow’s subversion.

The rationale for dissolution should be logically framed: In order to survive, Russia needs a federal democracy and a robust economy; with no democratization on the horizon and economic conditions deteriorating, the federal structure will become increasingly ungovernable.

To manage the process of dissolution and lessen the likelihood of conflict that spills over state borders, the West needs to establish links with Russia’s diverse regions and promote their peaceful transition toward statehood.

NATO should prepare contingencies for both the dangers and the opportunities that Russia’s fragmentation will present. In particular, Moscow’s European neighbors must be provided with sufficient security to shield themselves from the most destabilizing scenarios while preparations are made for engaging with emerging post-Russia entities.

Some regions could join countries such as Finland, Ukraine, China and Japan, from whom Moscow has forcefully appropriated territories in the past. Other republics in the North Caucasus, Middle Volga, Siberia and the far east could become fully independent states and forge relations with China, Japan, the U.S. and Europe.

The sudden collapse of the Soviet Union should serve as a lesson that far-reaching transformations occur regardless of the Kremlin’s disinformation campaigns or the West’s shortsighted adherence to a transient status quo.”

Bugajski’s ideas and concepts are not new at all. Many Western think tanks have been promoting them for decades.

On February 4, SouthFront released an opinion piece titled “Russia Slides Towards Internal Political Crisis”. Its author, Vladimir K., provides a critical look at the current political situation inside Russia and raises the question as to how this has become possible. Bugajski’s article gives at least a partial answer to this question. There is a little doubt that Russia faces constant foreign pressure, that influencing the domestic situation.

Foreign information onslaught in order to undermine Russian statehood aims at fueling radicalism, nationalism and regionalism. It shows the wave-like behavior. The previous wave top of such external influence was observed in the period from 2011 to 2013. That effort was aimed at pretty much the same regions, which Bugajski named in his article: the North Caucasus, Middle Volga, Siberia and the Far East. The tricks and measures employed to fuel nationalism, radicalism and regionalism inside Russia are not original in nature and are being repeated from one case to the other across the country. The only difference between them is geographical location and the names of the small ethnic groups targeted. The very same methodology was also employed against Russian neighbors, including Ukraine and Georgia.

These approaches could be provisionally titled the “Polish style”. This term has no links to modern Poland. We employ it only because the approaches provided below (except for the first point: Poland really has a great written history) are quite similar to the ones that were first used to fuel Polish nationalism in the 19th and 20th centuries and applied to the same geopolitical area.

The main concepts/ideas of this model are:

The previous wave of foreign information onslaught on nations and large ethnic-social groups (we use this term to describe an ethnic group similar to the state-constituting nation but living in different geographical region) of Russia was aimed at the following targets:

The Southern Federal District. The main effort was to instigate nationalism, regionalism and separatism among the Cossacks, mostly in Rostov Oblast. The Cossacks are not an ethnic group. However, they are a large social group, which makes them a likely target.

The Northwestern Federal District. The goal was to instigate regional nationalism among Finno-Ugric ethnic groups. Another point of pressure was to create nationalism tendencies among ethnic Russian population in the Republic of Karelia and Arkhangelsk Oblast in order to form a separate large ethnosocial group. Separate efforts were contributed to influence the population of Saint Petersburg, which in terms of culture is the only western-styled city of Russia. There was also an attempt to instigate local separatism using the concept of Ingermanland.

Western Siberia. The goal was to create a separate ethnic-social group describing itself as the citizens of Siberia and separating itself from the rest of Russian citizens. The main targets were the Altai Republic, Novosibirsk Oblast and the city of Novosibirsk (the capital of the Siberian Federal District). The foreign influence achieved notable successes in these areas.

Eastern Siberia. The campaign in this region was aimed mostly at Buryats and Tuvans. Yakuts were also a target.

The Far East. Local regionalism and separatism were actively fueled in Khabarovsk Krai and Primorsky Krai, especially in the cities of Khabarovsk and Vladivostok. Besides this, the foreign influence is actively exploiting simultaneously both pro-Chinese intentions and the myth of the Chinese threat.

It should be noted that the article “Managing Russia’s dissolution” published by The Hill points to the same regions for further operations designed to dismantle Russia. These operations will be more dangerous than the previous one because they will exploit the successes already achieved in some fields. These are:

These impacts are dangerously spreading in western Siberia. The city of Novosibirsk has been targeted by multiple campaigns undermining and discrediting nationwide traditions and behaviors, for example the New Year traditional family holidays, social events of Soviet or Old Russian origin as well as common history of Russia.  Individualism, neoliberal attitudes and values are successfully promoted. Education is simplified and westernized. Self-designation as Siberian and the idea of “Siberian passports” are being also widely promoted. Local regionalism and tensions between the “Siberians” and the rest of Russians are being fueled.

Nonetheless, these results are not yet considered sufficient by supporters of the ideas addressed by Janusz Bugajski in his article. While on the regional level the aforementioned campaigns have indeed achieved notable results, the nationwide success has not yet been achieved. The negative tendencies so far set in motion could still be stopped and reversed. In this situation, it’s logical to expect a new wave of foreign information onslaught. These activities are traditionally financed by Western funds, mostly British and US by origin, as well as some Middle Eastern and Turkish organizations.