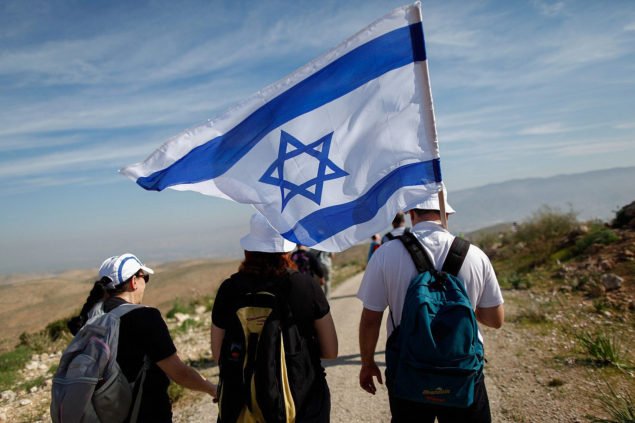 The world’s frantic attempts to stop annexation remain stuck in the liberal Zionist fantasies that kept the occupation running smoothly for decades.

Further reading: Our Approach to Zionism, published on Jewish Voices for peace

As the new Israeli government was being sworn in last month, Prime Minister Benjamin Netanyahu proclaimed before the Knesset that it was time to “write another glorious chapter in the history of Zionism” by formally annexing more territory in the occupied West Bank.

With just over a week away from July 1 — the date the government has pledged to begin advancing legislation to apply “Jewish sovereignty” over its settlements — liberal Zionist figures and organizations, in Israel and abroad, have been hastily pulling out all the stops to prevent this annexation move.

However, hardly any of these liberal Zionists are acknowledging that it was their own advocacy that helped to produce this “glorious chapter” in the first place.

During Israel’s three elections over the past year and a half, many observers of the liberal Zionist persuasion had placed their hopes in the opposition parties that ran against the Netanyhu-led right-wing bloc. Chief among these parties was Blue and White, led by the current Defense Minister and alternate Prime Minister Benny Gantz. If Gantz could dislodge Netanyahu from his historic reign, some liberal Zionists believed, he could help to halt Israel’s settlement expansion into the West Bank, and thus keep the fantasy of a two-state solution alive.

This hope was always misplaced and at times bordered on delusional. Gantz himself openly endorsed annexing the Jordan Valley, committing during his election campaign that “under any future circumstances, we are going to keep this area. We will try to strengthen it as much as possible with a national plan to support the settlements in this area.”

Despite these very clear declarations, liberal Zionists — perhaps out of desperation or despair — still found ways to rationalize their support for Gantz, often convincing themselves that he would not allow such a dangerous plan to go forward. Now, the man they had propped up as a challenger to the right’s annexation ambitions has become an active partner in those plans.

This obscene victory lap by Israeli leaders should make it impossible for the world to pretend that there is still a chance of a viable partition with the Palestinians. Contrary to the popular narrative, annexation will not kill the two-state solution — you cannot kill something that has long been dead. Rather, annexation is dragging and displaying the two-state solution’s corpse before the world.

The reality on the ground is that de facto annexation — as the International Court of Justice’s advisory opinion on Israel’s separation wall noted 16 years ago — is already in place, thanks in great part to the liberal Zionist governments that built and maintained the occupation since 1967. De jure annexation is merely a formalization of the status quo. It also means that, for Palestinians living under Israeli rule, annexation leaves them just as far from achieving their rights as before.

This is why annexation is so dangerous for liberal Zionists: it would make their already contradictory and untenable ideological position even more impossible to defend.

Many voices have been chiming in against annexation in recent weeks, from Europeans to U.S. Democrats to Arab leaders. But although these voices are getting louder, they are still largely premised on the same failed advocacy, propagated for years by liberal Zionist figures and groups, that helped bring us to this point.

Part of that failed advocacy is the centering of Israeli security concerns above all else. This discourse is led by liberal Zionists, who believe that challenging the Israeli right on security grounds is the only way to credibly advocate, but is also echoed by Arabs who warn of regional instability or an end to normalization with Israel.

The perils of this Israeli-security approach are threefold. First, it centers the safety of the perpetrators, not the victims of their policies. Second, it reinforces the notion that Palestinians are inherently a threat to Israel. Third, it tries to out-securitize the right, which liberals often lack the credibility to do (no matter how many retired Israeli generals they get to sign on to public letters). As such, this strategy not only fails to convince the Israeli right, but in fact emboldens them when the world’s security fears never materialize.

And yet, after each of these milestones and more were blown through, liberal Zionists adamantly kept the two-state fantasy alive, inviting the right to push their goals further and exploit that fantasy for their gains. For proof of this, look no further than the Washington Post op-ed by Ron Dermer, Netanyahu’s ambassador to the United States, who embraces the two-state guise to argue for Israeli annexation of the West Bank, saying it will “open the door to a realistic two-state solution.”

But what if annexation — which seems more inevitable and politically feasible than ever before — does not happen? What if Netanyahu cannot get the votes for his plan? What if annexation does not include all of Area C? What if, somehow, Washington tells them to hold it off?

These scenarios could become a cause for celebration for many liberal Zionists and their supporters, who may falsely and dangerously proclaim that the hope for partition remains alive. In doing so, they will have made the situation no more comfortable for Palestinians, who are the primary victims of Israeli policy, but will have made themselves more comfortable by putting off a long needed moral reckoning.

Intentionally or not, liberal Zionism has always been a key accomplice in the right’s achievements. Today, it is the grease that keeps the machinery of Israeli expansionism running smoothly. Remember the goal of ending the occupation? Now it is about stopping annexation. And if anyone thinks that annexation is the hill that liberal Zionism will die on, they are wrong; it will simply move to the next hilltop.