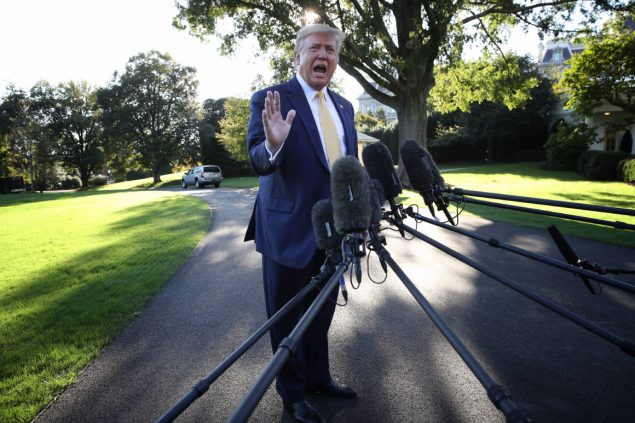 WASHINGTON, DC – OCTOBER 11: U.S. President Donald Trump answers questions from the media while departing the White House on October 11, 2019 in Washington, DC. Trump is scheduled to attend a campaign rally in Louisiana later in the day. (Photo by Win McNamee/Getty Images)

Guest: Col. Lawrence Wilkerson, former chief of staff to Colin Powell. Currently a distinguished professor at the College of William and Mary.

As millions of Iranians mourn the US murder of Qassem Soleimani, ex-Bush administration official Col. Lawrence Wilkerson discuses the parallels between Bush’s war on Iraq and Trump’s campaign against Iran; the history of US shunning diplomacy with Tehran; and how an addiction to war drives US foreign policy.